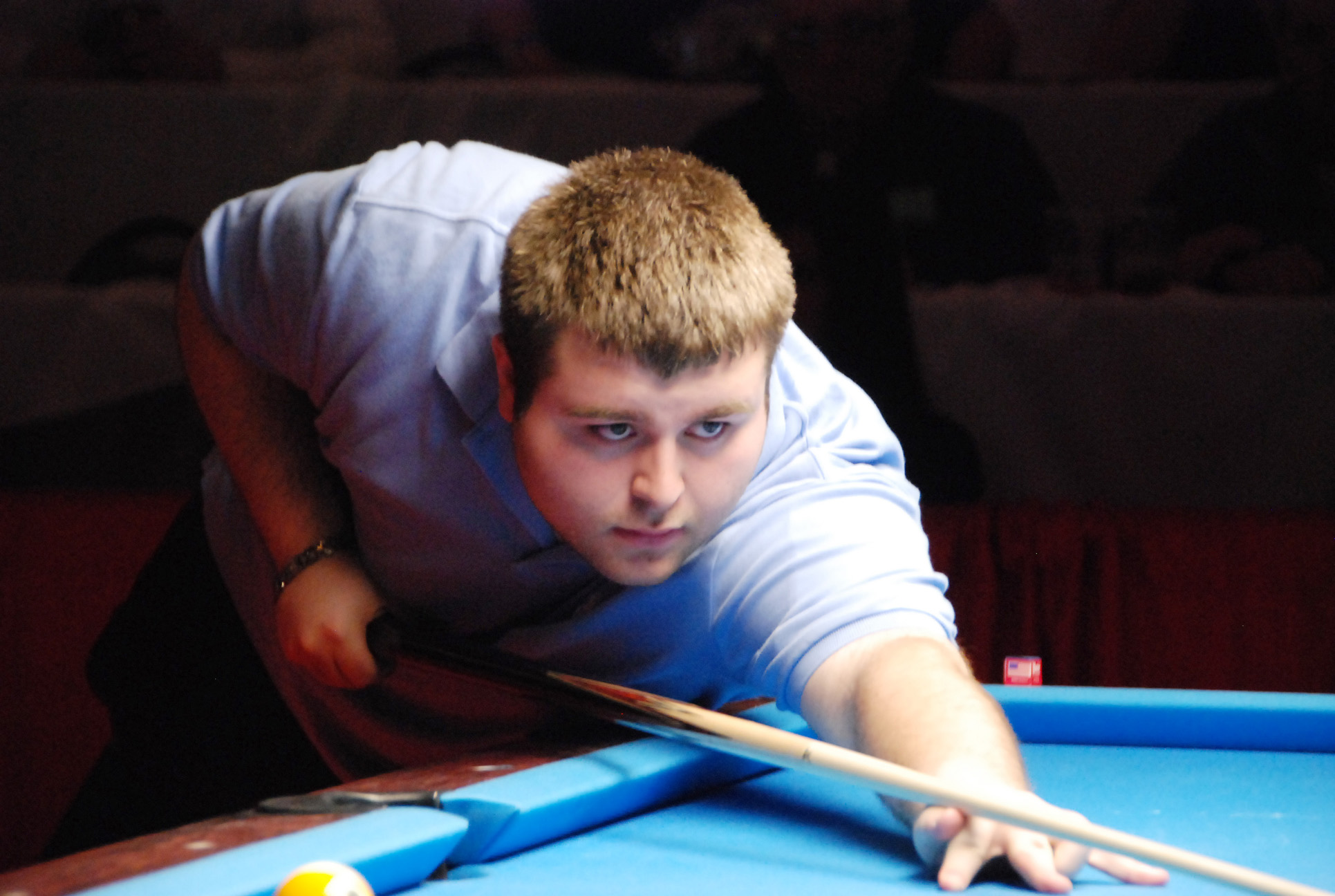 At Busters Billiards in Somersworth NH.
Story by Marc Dionne
64 players come out from all of New England for a chance at the $ 5,100.00 in prize money. The format was Race to your handicap: (D Level Players Race to 4) (C Level Players race to 5) (B Level Players race to 6) (A Level player’s race to 7) (Open Level player players race to 8) (Pro players race to 10.)
The tournament had 16 players from each Level group, The Tournament Director Marc Dionne was Very happy about this. Here is a list of the Notables that attended. Mike Dechaine, Nelson Olivera, Luis Rios, Jay Hutchins, Nick Kafalas, PJ Kafalas, Kevin Guimond, Roy Morgridge, Harry Nathan, Cletion Rocha, Tim Perry,
Mike Barbagallo, Randy Labonte, Robert Lewis, Billy Lanna, Tom McGongale.
This was the strongest Tournament the tour has had to date. 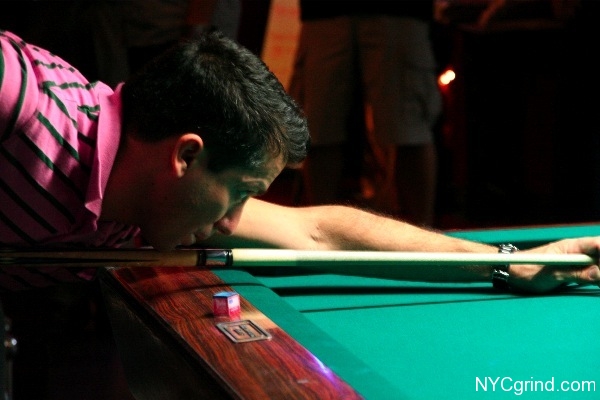 Israel’s Zion Zvi will be an interesting addition to the 2009 Predator World 14.1 Championship 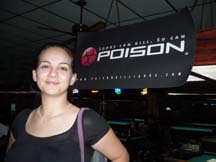 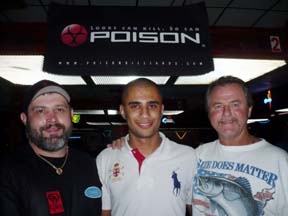 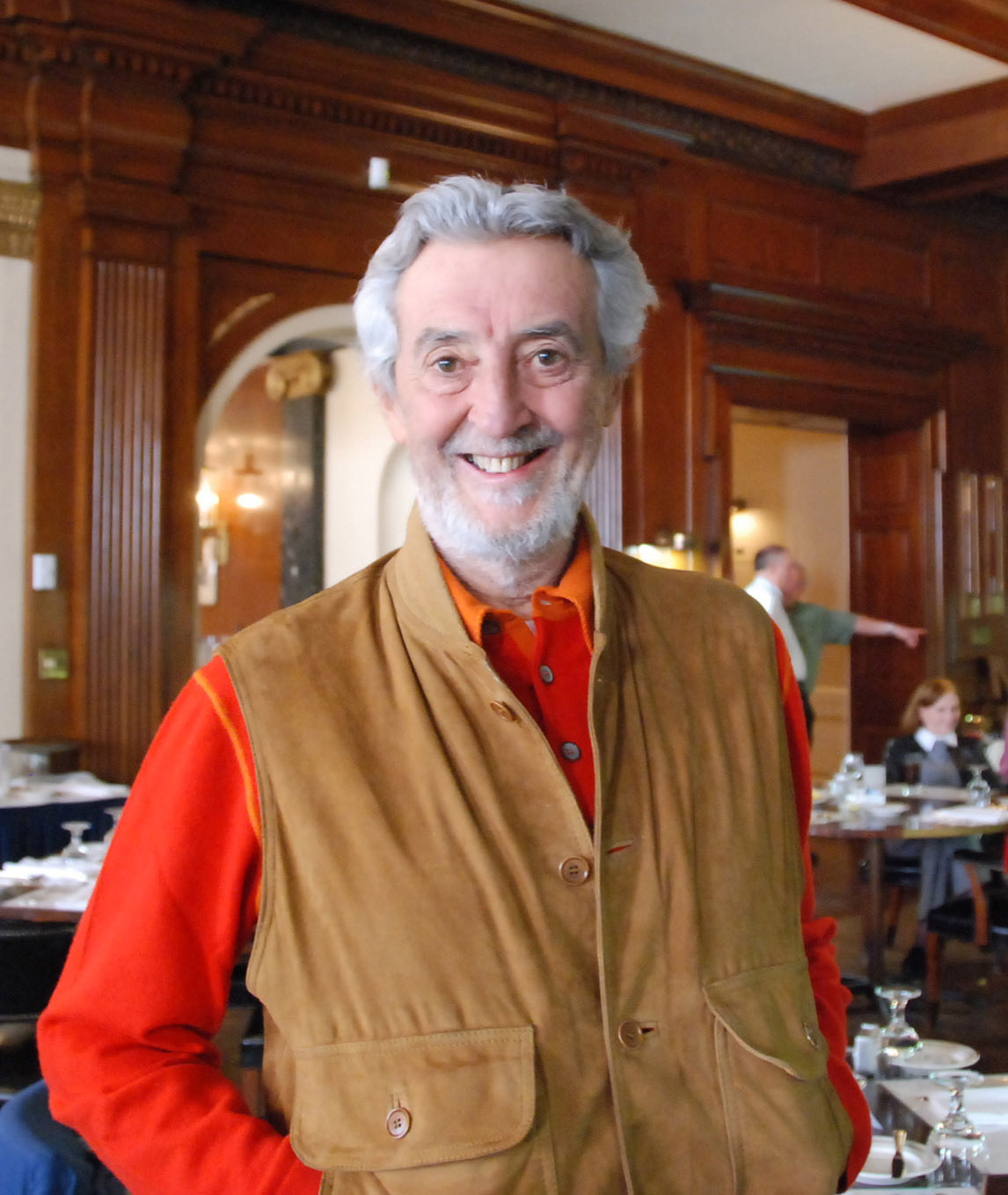 May there be Billiards in Heaven

DR. THOM ZIMMERMAN The Glaucoma Foundation was deeply saddened by the death on August 4 of Thom J. Zimmerman, MD, PhD, Emeritus Professor in the Department of Ophthalmology and Visual Sciences and the Department of Pharmacology and Toxicology at the University of Louisville. A member of our Scientific Advisory Board, he was uniquely suited for his successful work in pharmacological research in glaucoma and was dedicated to furthering the field. His contributions will be greatly missed.

Tom was also a member of the USBA (United States Billiard Association) and loved the game of 3-Cushion.
Our heartfelt condolences to his wife,Tinker, and family members. 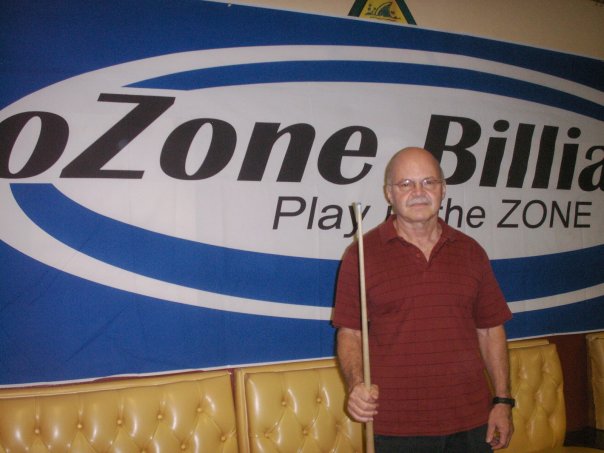 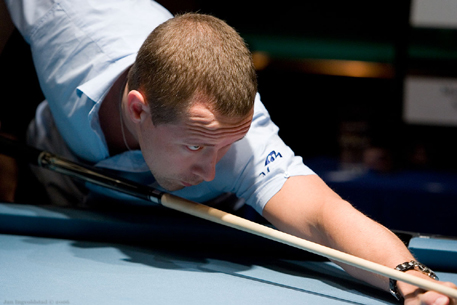 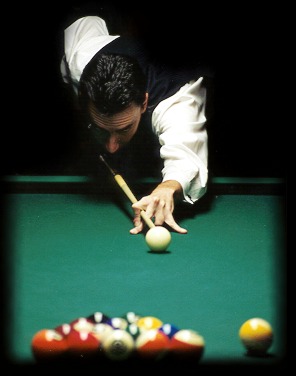 Archer raised a few eyebrows with his stellar 14.1 victories at the Mezz Classic

Orlando, Florida- Johnny “Scorpion” Archer showed the world that he is not only a master of 9-Ball and 10-Ball, but he can beat the best of them at 14.1. Archer cruised relatively easily to the finish line unscathed and demolished Mika Immonen in the finals to capture the Mezz Classic 14.1 title. The Mezz Classic features both 10-Ball and 14.1 titles. Pros and amateurs from around the country and the world will come to Orlando August 5-9,2009 for all the events taking place at Corner Pocket Billiards including the Ozone Billiards US Amateur Open. 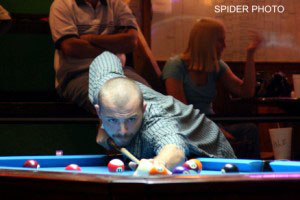 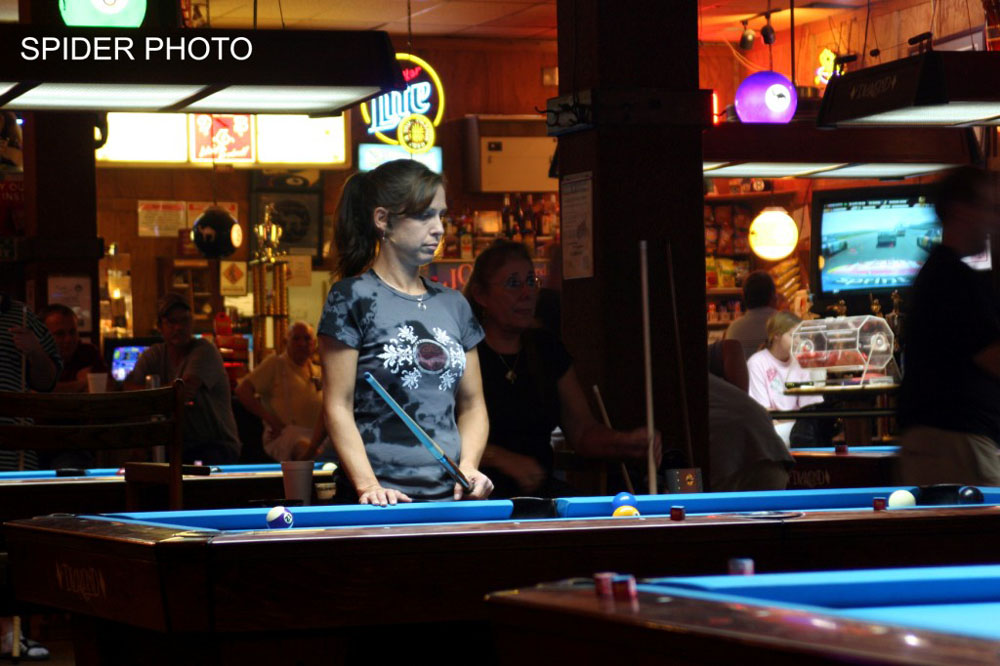 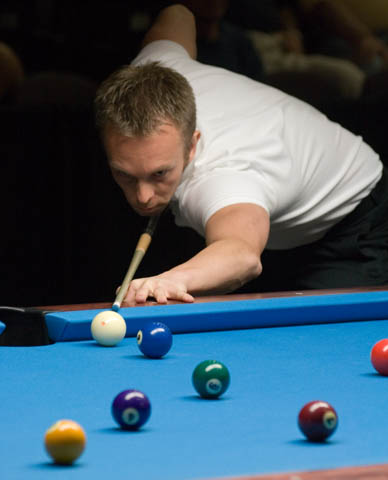 Orlando, Florida- Thorsten “Hitman” Hohmann and Johnny “Scorpion” Archer both put up dominating straight pool performances on the first day of the Mezz Classic. Hohmann stayed undefeated as the #1 seed and defending champion as did Archer, #3 seed in the event. The Mezz Classic features both 10-Ball and 14.1 titles. 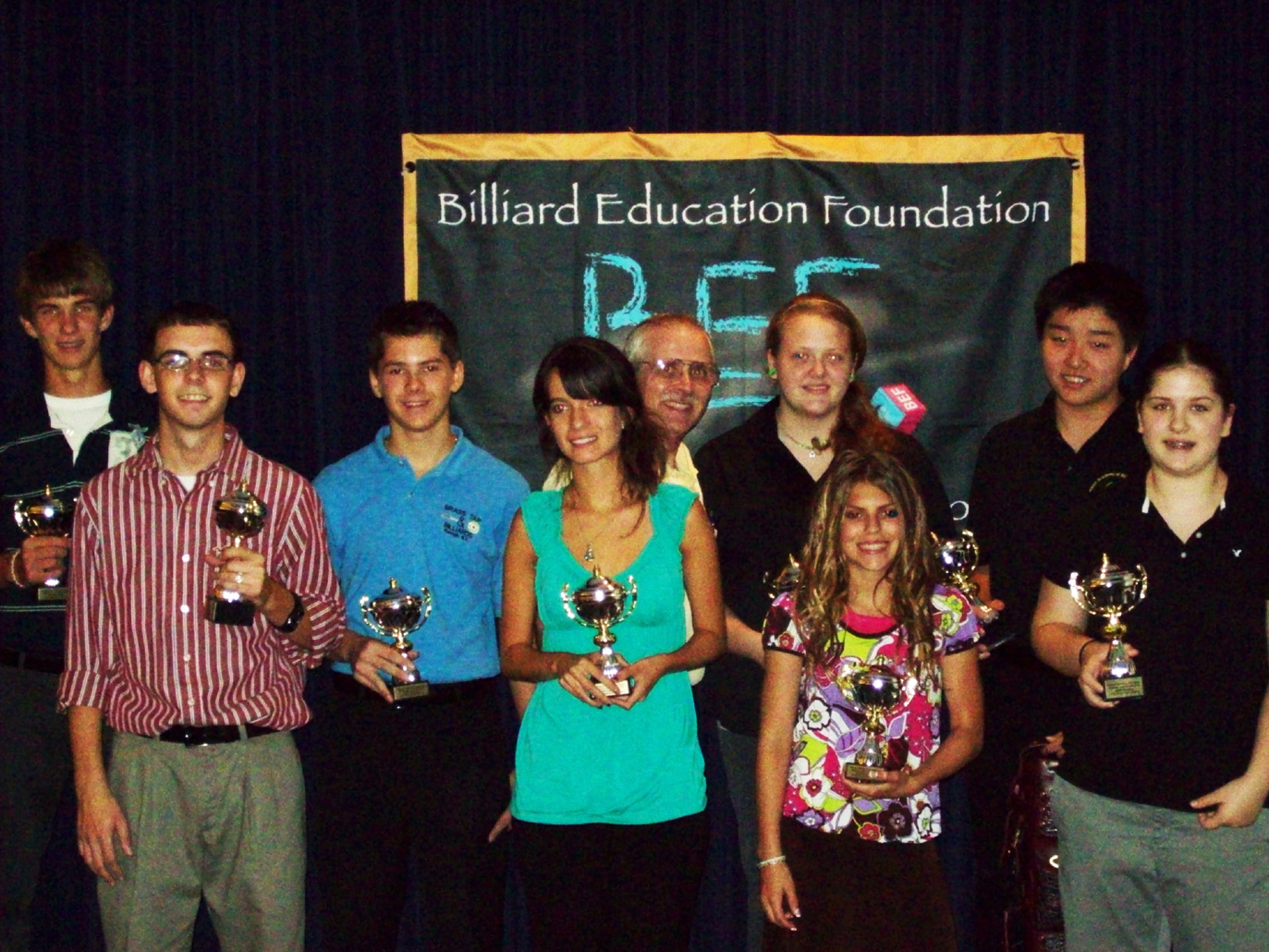 The premier special events in professional billiards will be hosted by ESPN Zone in Las Vegas on September 16 – 17. The Semifinal matches and the Championship match of both events will be telecast by ESPN beginning in November. 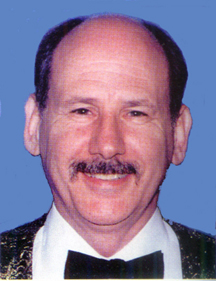 PHOENIX, AZ (August 4, 2009) – The United States Professional Poolplayers Association’s (UPA) has brought about more support for its recently launched League of Champions, this time around in the form of a local favorite, the Arizona Diamondbacks, as well as established names in the billiard industry, Poison Cues and Instroke Cases. 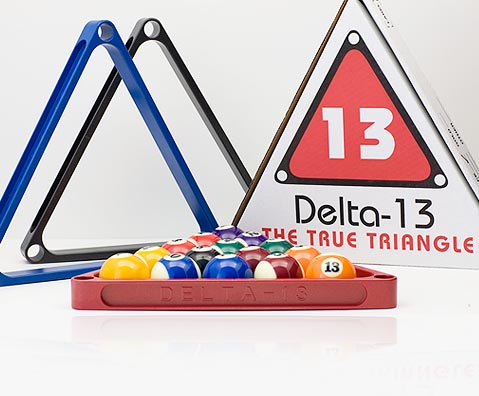 Delta-13 to be Official Rack of Shooting Star Classic

We would like to request any and all federations structured under the umbrella of the World Pool ““ Billiards Association (WPA) and interested room Owners to submit their interest in hosting/promoting the 2009 WPA World “Artistic Pool” Championship.Â  This event will take place at an agreeable date to Promoters/Room Owners/Federations that are interested. The sooner all details and dating can be arranged…the better of course for all concerned.