US Edge Swedes in Thriller

US Edge Swedes in Thriller 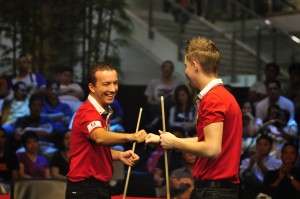 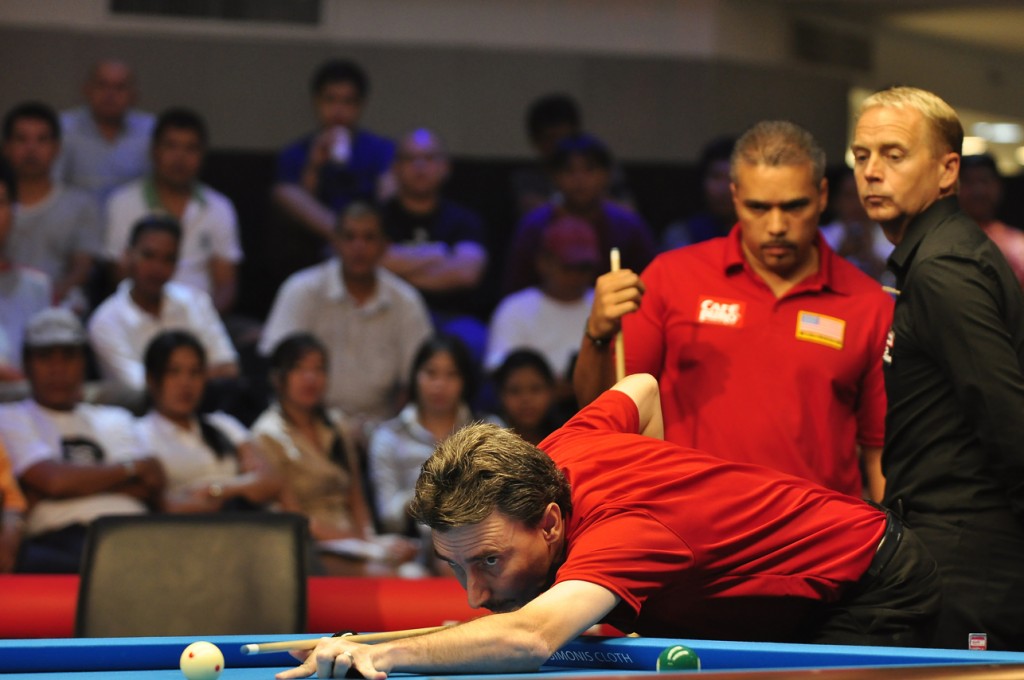 2008 PartyPoker.net World Cup of Pool winners, Team USA, made their way into the last 16 after coming through a life or death struggle against the Swedish pair of Marcus Chamat and Thomas Mehtala.

The American axis of Johnny Archer and Rodney Morris, currently ranked Nos. 1 & 2 on the US rankings, were big favourites in advance of the match, but Chamat has one of the biggest hearts in the game and Mehtala, making his big-time debut held his end up.

The USA made a fantastic start as they found themselves 4-1 up in the race to eight match and Sweden had it all to do.

The Swedes though fight for it and won the next two before the Americans restored their two rack lead and that became three racks as they reached the hill at 7-4.

Chamat and the lowly ranked Mehtala though weren’t giving up without a fight and they took the next, and a great break set up the 13th rack to get them within a rack of America. There is drama in the next as both have goes at the 9 ball before Mehtala nailed it to force a decider.

With the break in their favour, Sweden was favourites but a dry break sowed the seeds of their downfall and the USA wrapped it up to squeak into the last 16.

“Every year I win the first match hill-hill; I think it’s been four out of five years where that’s happened so it’s nothing new,” said Morris.

“I’m just glad we won but I thought we played better all the way and when we had a chance we took it. I wasn’t nervous as I knew we were playing well so it was just a matter of getting the opportunity.

“We were the favourites and played better. The balls ran funnily in the second to last game as they missed twice and left us nothing on,” added the Rocket.

In the second match of the late afternoon session, the always dangerous Spain set up a last 16 clash with Philippines B as David Alcaide, partnered by the new European prodigy Francisco Sanchez Ruiz, looked good disposing of Vietnam.

The final score was 8-5 but it should have ended quicker as Spain laboured it a bit when the finishing line was in sight. Alcaide has plenty of track record at this level but 18 year-old Sanchez Ruiz is already being talked about as a future great.

Do Hoang Quan gifted them chance after chance and the Spaniards gratefully accepted. Despite a late rally for the Asians, it was Spain who crossed the line for victory.

With 32 teams representing 31 countries – home nation Philippines has two sides in the competition – the World Cup of Pool sees the gathering of some of the most decorated stars of the pool firmament. The event is taking place at Robinsons Place, in Ermita, Manila.

With a total purse of $250,000, the winning pair split $60,000 between them while first round losers are guaranteed $1,500 each. All the action will be carried live on Solar Sports in

The Philippines and other broadcasters across the region.