Final scoresheet for the 2019 Dick Takano Memorial 3-Cushion Tournament held on December 6-7 on the four Verhoeven tables at the Tacoma Elks Lodge. I also am attaching a photo of Salvador Hernandez, who won the tournament. 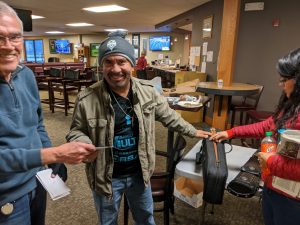 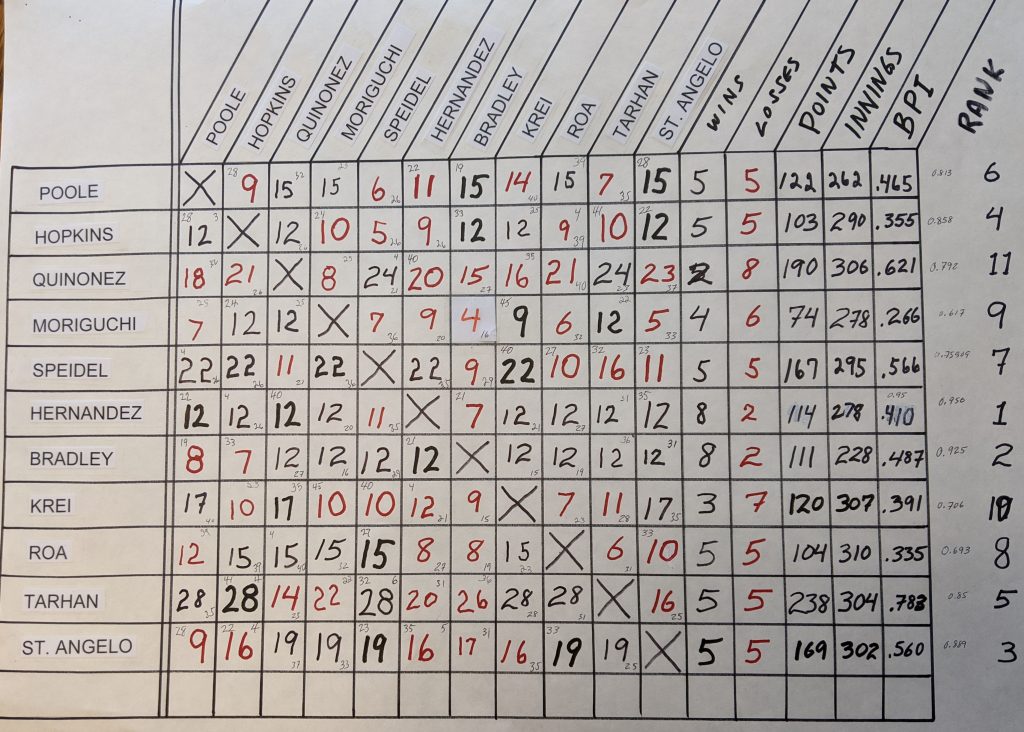 The tournament was a handicap tournament, with each player’s handicap determined by multiplying his billiard-per-inning average (as determined by play over a set period of time) by 30, with a minimum handicap of 12.

The winner was Salvador Hernandez ($725), with a record of 8-2. He barely edged out Jim Bradley (2nd place, $510) who also had a record of 8-2 but whose percentage of his total handicap point was slightly lower than Salvador’s.

There were six players who finished 5-5. They were ranked depending on percentage of handicap. Mark St. Angelo came in 3rd ($340), having shot .889 of his handicap level for the tournament. Ron Hopkins came in 4th ($175), barely edging out Ertan Tarhan by shooting .858 of his handicap level compared with Ertan’s .850. Ertan won the $30 prize for high run by a player not in the top four, with a run of 7.

The fact that results were so close (6 out of 11 players with an identical record of 5-5) makes us think that our system of computing handicaps evens out the differences in skill level, thus making a tournament more competitive and more attractive to players at all levels.