One of my hobbies is attending three-cushion billiard tournaments and making diagrams of unusual or instructive shots. The shot in Diagram is from a 1979 tournament held at California Billiards in San Jose, Calif.

The shot was pulled off by Bud Harris of San Francisco. A four-railer off the red was too tough because it would have been necessary to shoot over a ball. Instead, Harris played two rails first as diagrammed, feathering the white, then picking up three more rails before striking the red. The applause he received was well deserved. 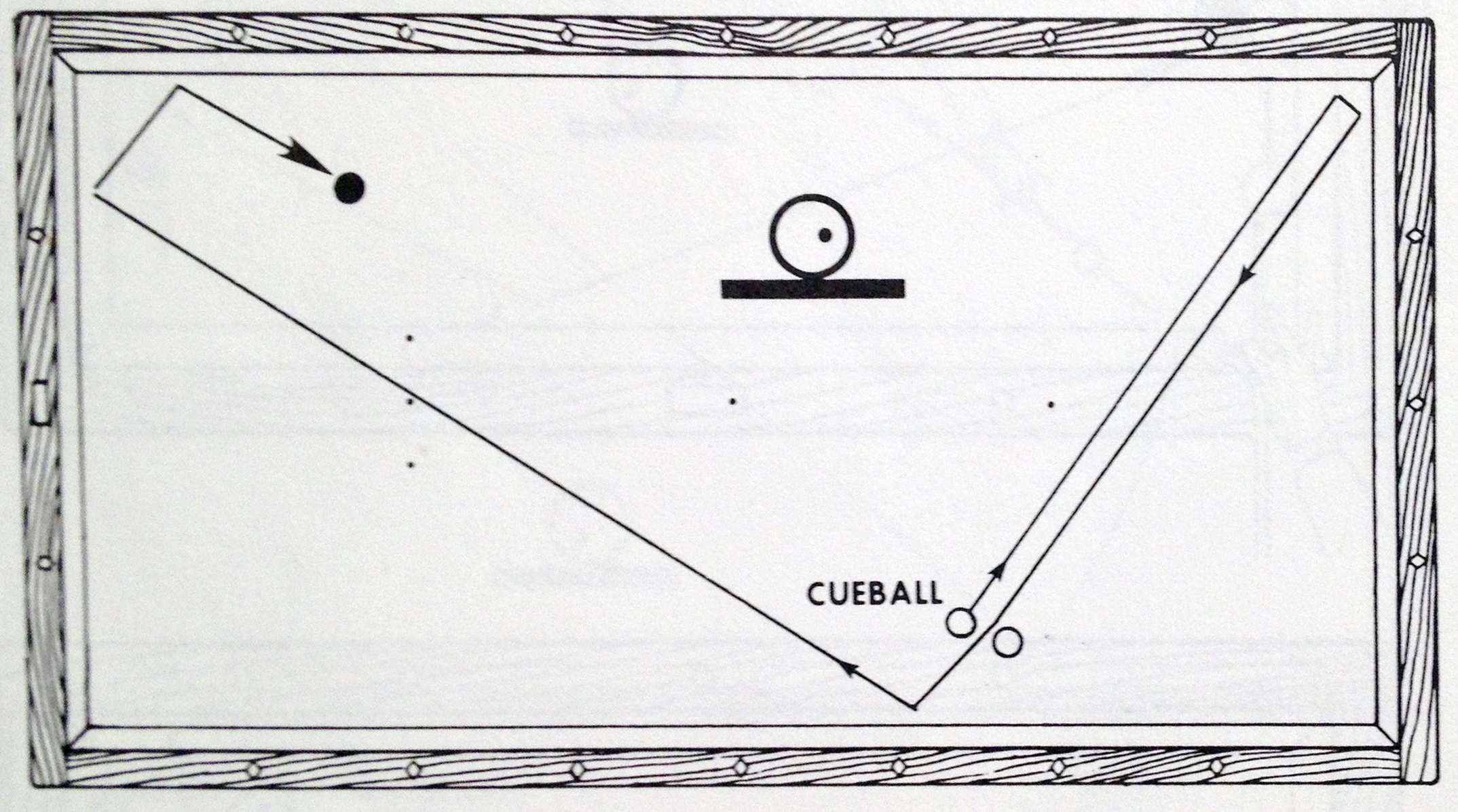