The Russ Guppy Memorial Tournament was held in Hood River Oregon, hosted by the Hood River Elks and Harvey Wixman November 2-4th. We had a full field of 24 players, three flights of 8 Players. Due to the larger than normal interest we played 20 point games. Thanks to the generosity of MOBPA we had a total prize fund of $4400.00, split between 3 divisions ( C, C+, and B /above).

Thanks go to Alice Thomsen for her great job as official score keeper and scheduler it went very smooth. Alice has become a great asset. Thanks also go to Luis Carranza for the tremendous job he did on table preparation, making the Brunswick Tables play better.

We had players from Washington, Oregon, Idaho, and California. Thanks to Galen Lee for coming all the way from the Bay area. Long Drive award goes to Jon Brody who drove from eastern Idaho. 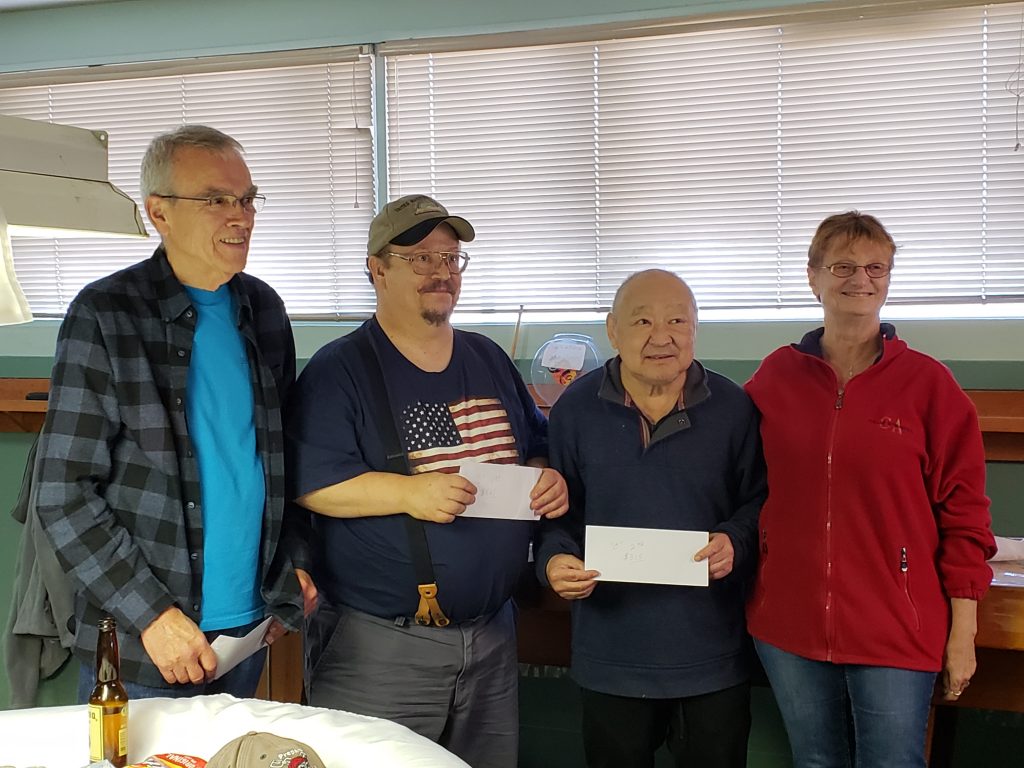 We had 12 B and above players, 6 C+ players and 6 C players. Tacoma players were well represented in all three division finals. B Finals were top two from each flight going to a single-elimination finals. C & C+ finals one from each flight to a round robin finals. Each division had high-run awards and the high-run for the Tournament went to Brad Kille with an 8. Bob Biggs won in the C+ Division with 6, and Toshi Moriguchi won in the C division with 4.

Attached below are the finals score-sheets for three divisions. 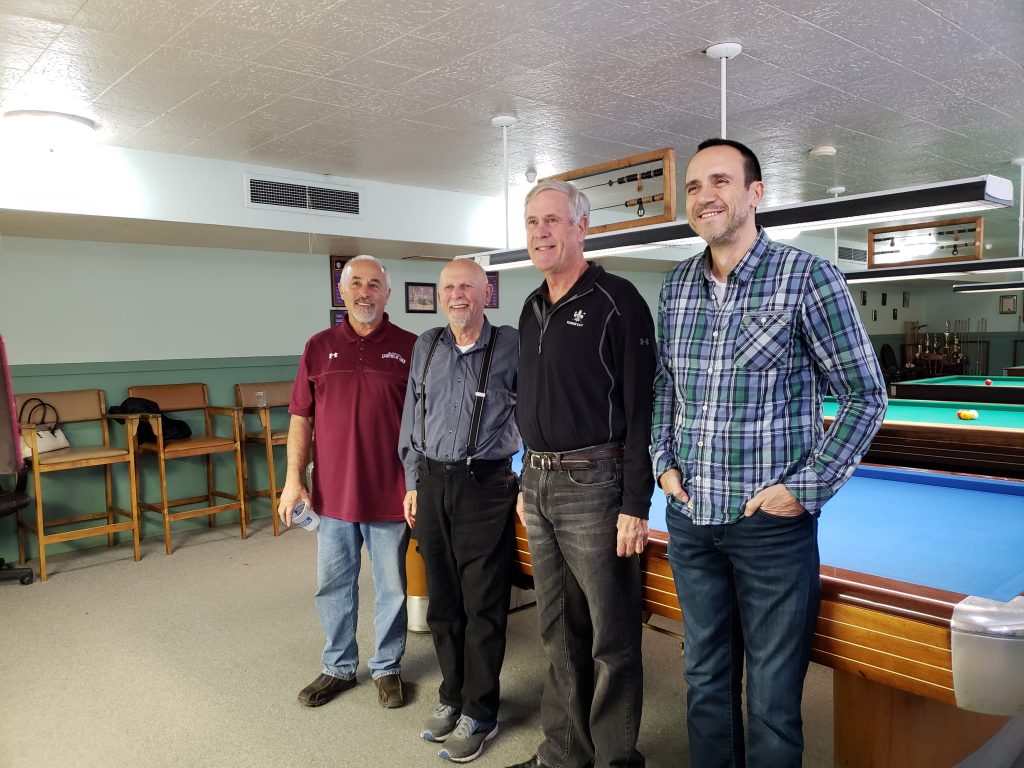 The B & above was won by Ertan Tarhan who went undefeated for the tournament. The winner in the C+ division was Tommy Thomsen who has been struggling lately, but managed to win in the finals. We are happy to see him smiling again!! In the C division we had a new player Adam Franks from Madras Oregon who had an excellent tournament and winning both games in the finals. 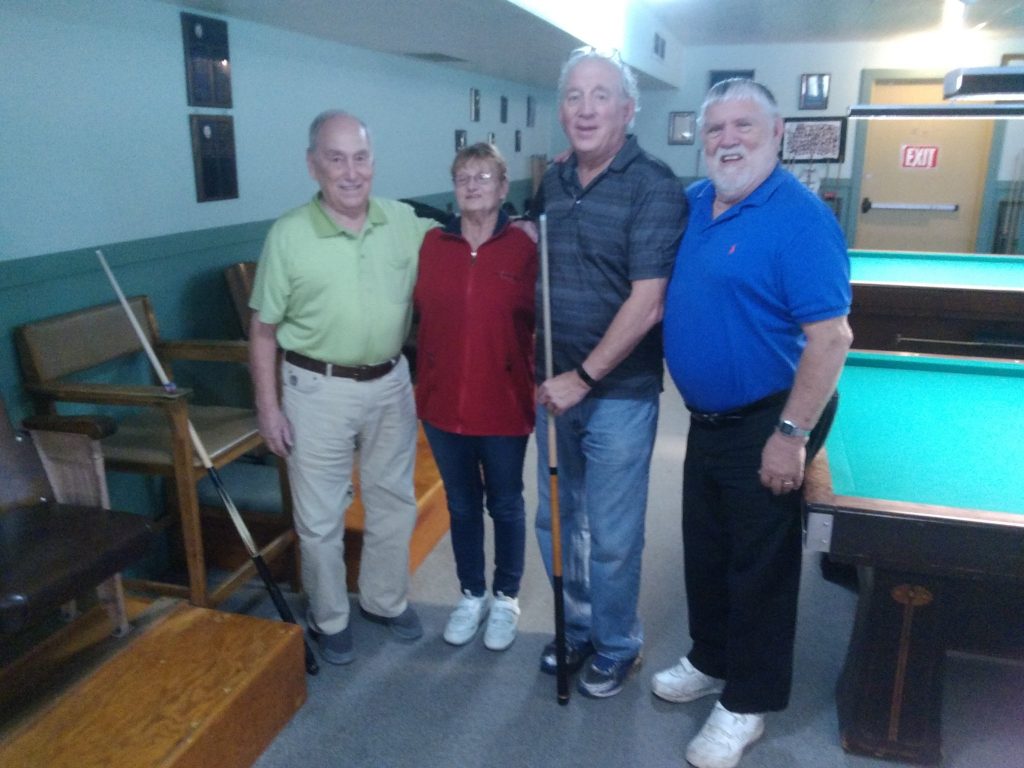 Thanks to the Hood River Elks and everyone who made this possible. 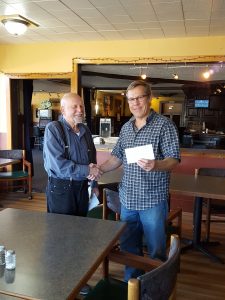 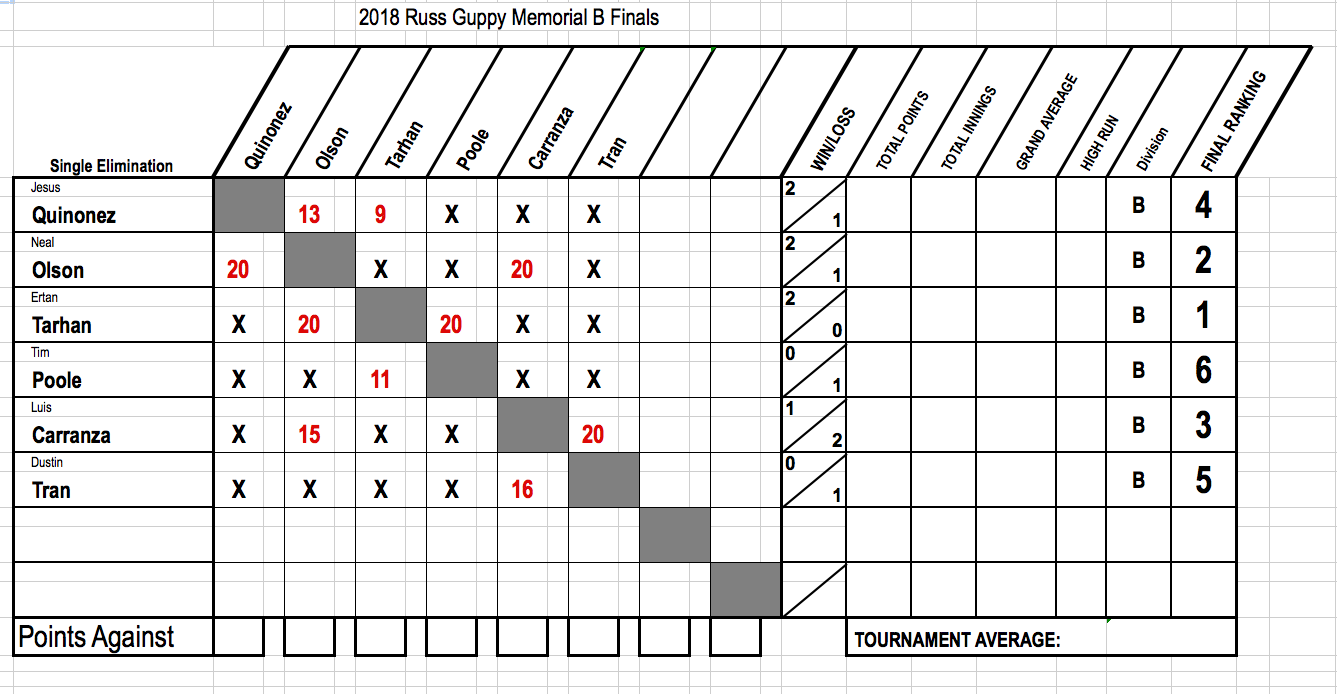 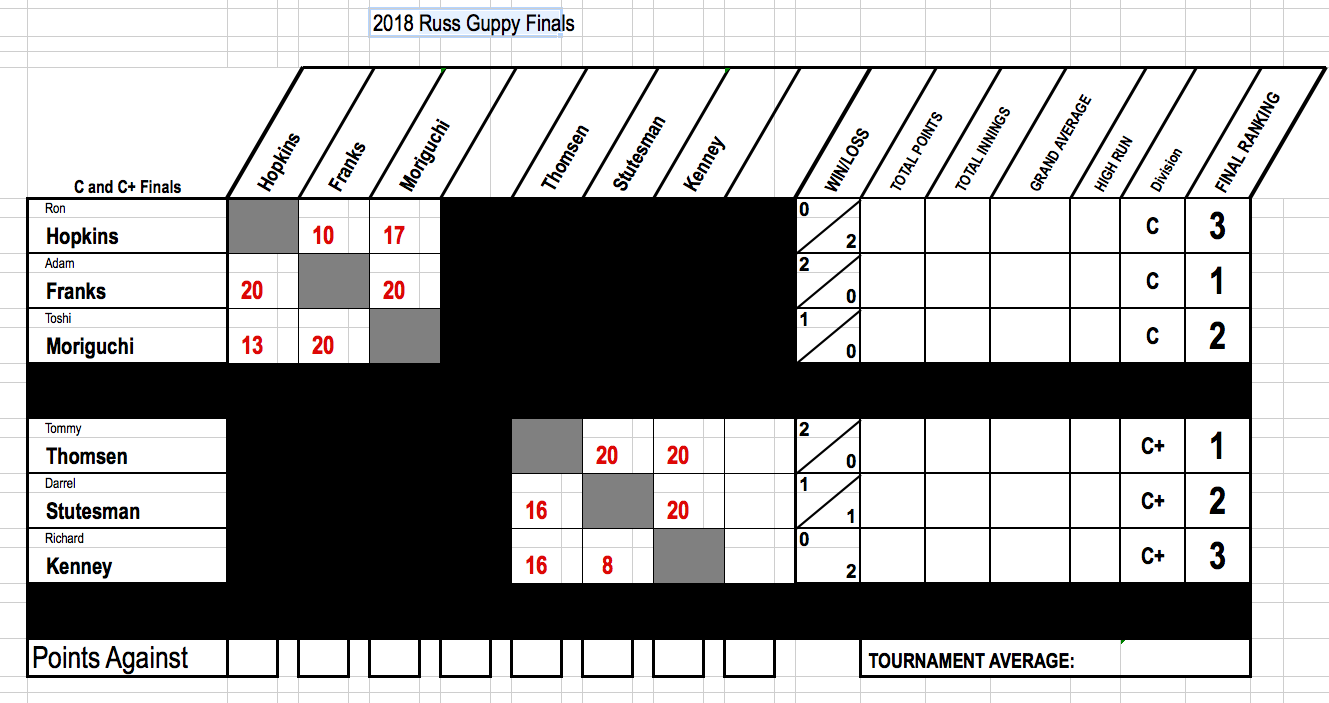