At 8:30 a.m. Saturday February 26, 2022 19 men and 1 lady, all members of the Club, converged to compete for cash prizes and prominence in 3-Cushion Billiards lore.

Four round-robin brackets of 5 players were established by blind draw to set the stage for the days event. Preliminary Bracket play was to 15 points.

The second-place player in each bracket advance to a similar 4-person round- robin bracket to establish 5th to 8th place. This bracket was played to 20 points.

The top player in each bracket advanced to a 4-person round-robin bracket to establish the 1st to 4th place finishers. This championship bracket was played to 25 points.

Wrapping up about 11:30 p.m. the weary warriors produced the following results:

See the Preliminary and Finals Charts for Details Below. 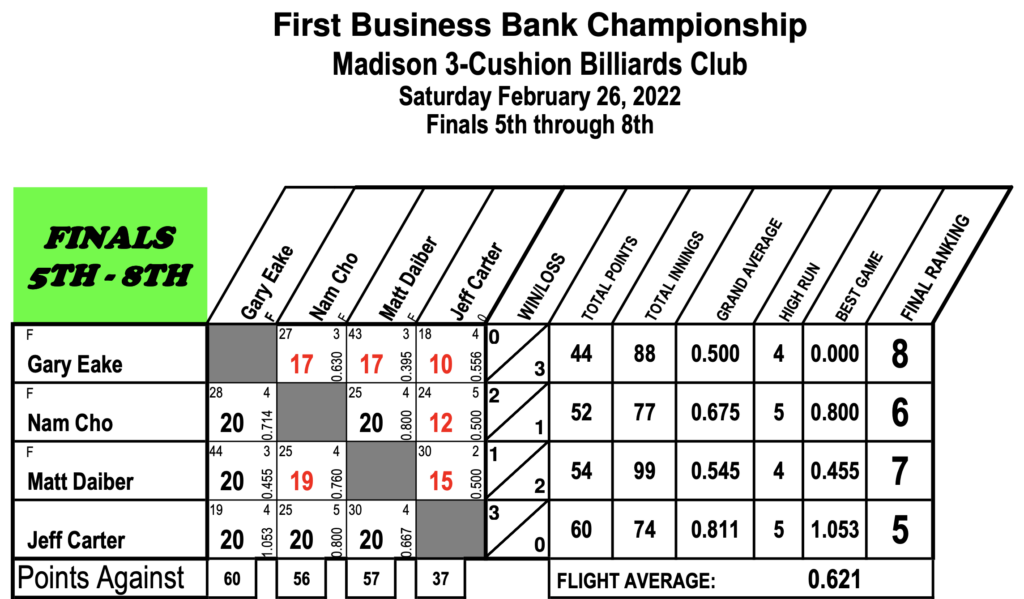 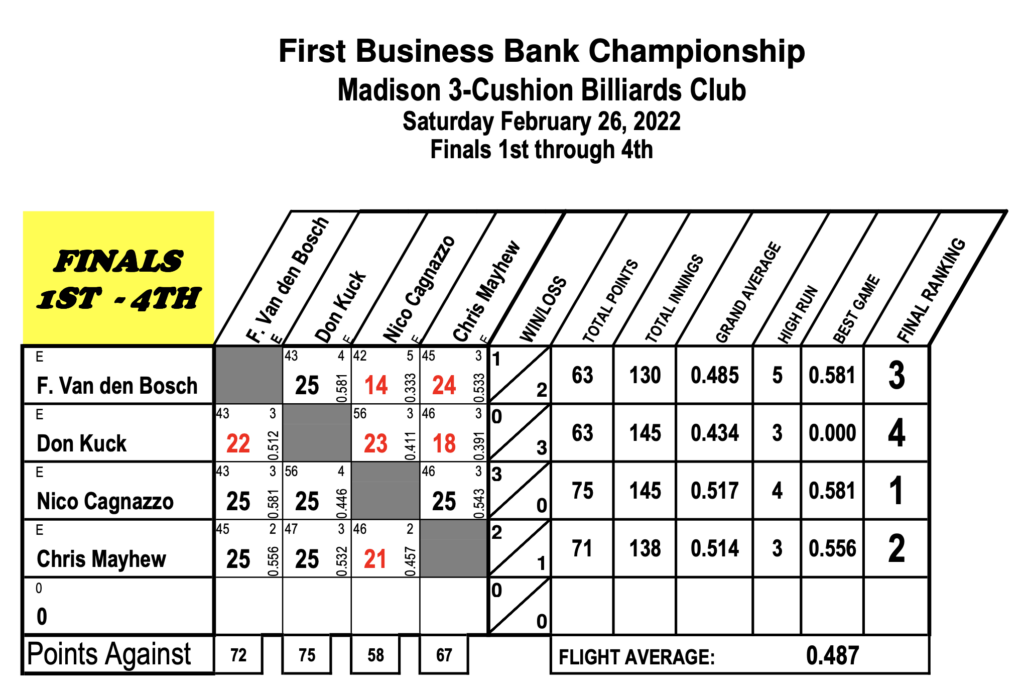 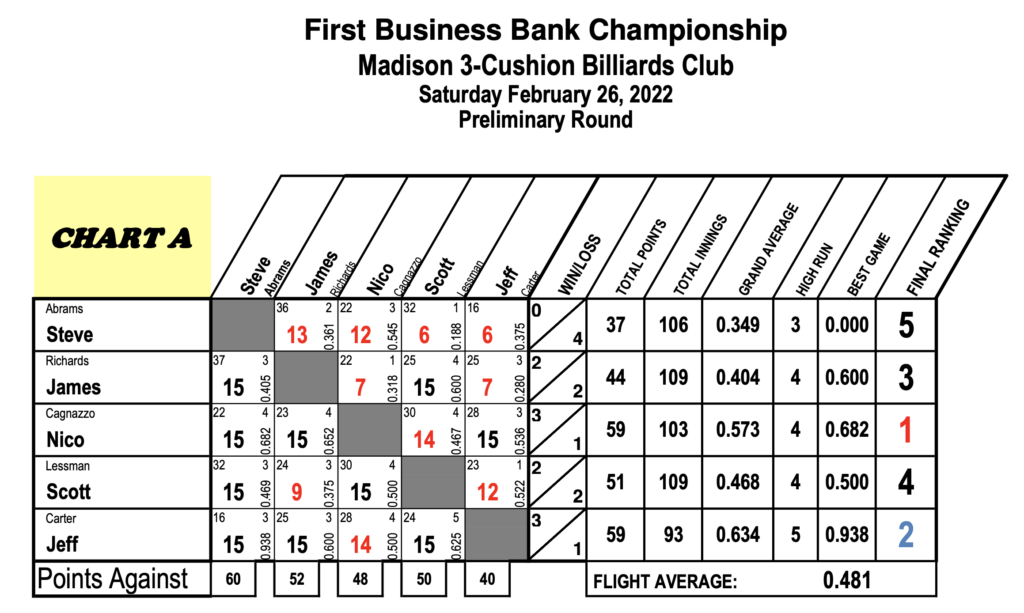 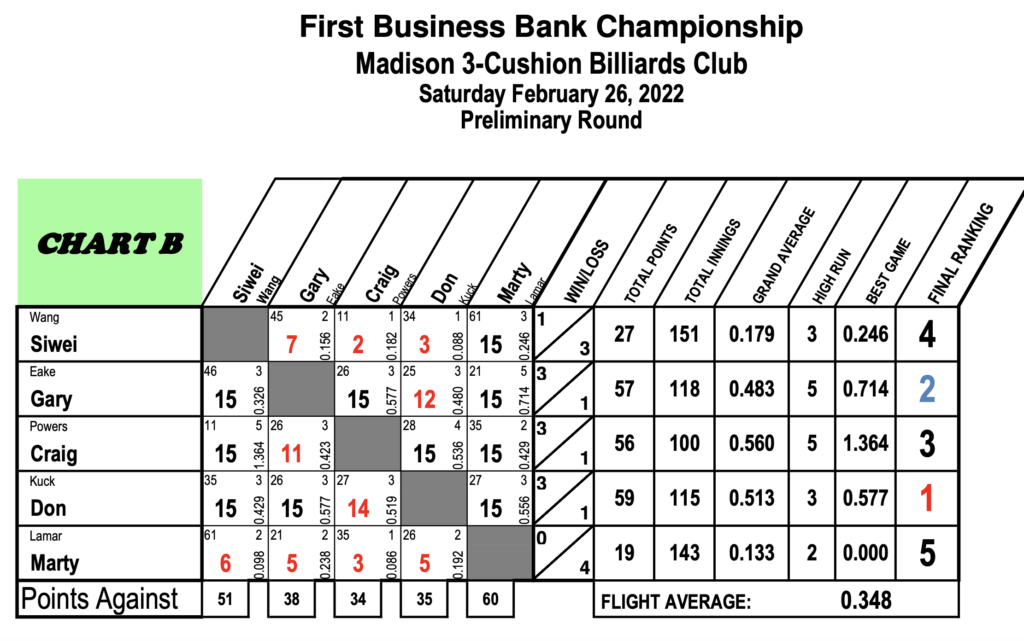 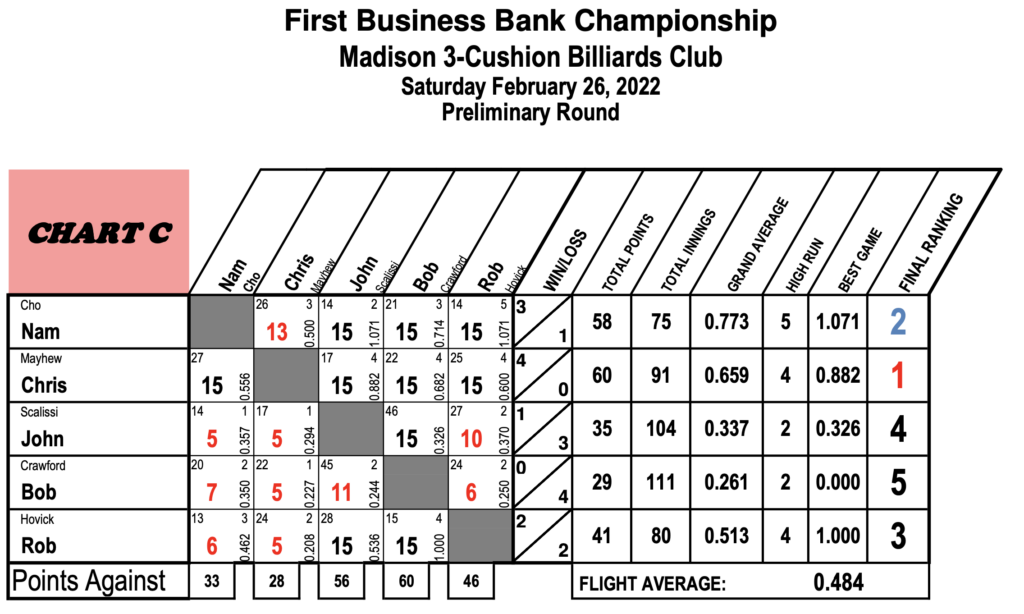 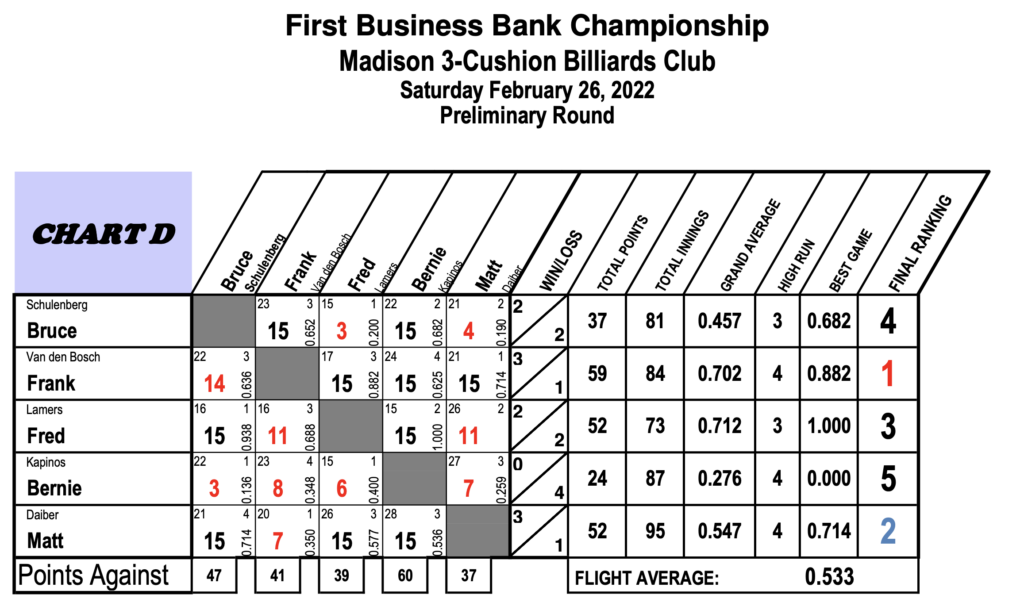