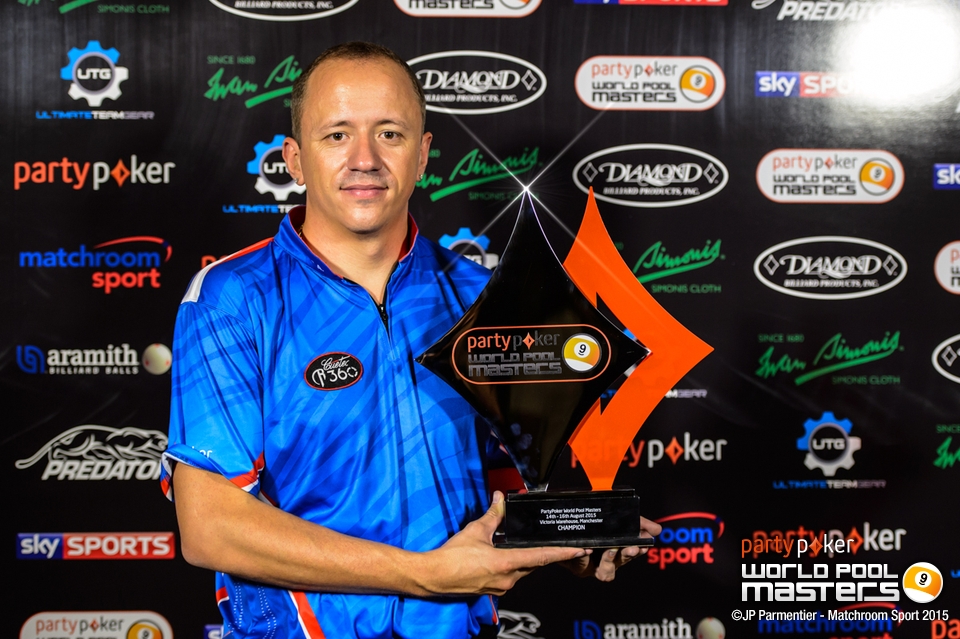 SOUTH DAKOTA’S Shane Van Boening became the first player in the 23 year history of the PartyPoker World Pool Masters to retain the title as he beat Darren Appleton (England) 8-2 at the Victoria Warehouse in Manchester.

Alex Lely and Dennis Orcollo had reached the final in their defence of the title but Van Boening went one better with a blistering display of breaking to take the title and the $20,000 winner’s cheque. Van Boening also joins Ralf Souquet, Francisco Bustamante and Thomas Engert as multiple winners of the Masters.

Commented Van Boening; “It feels awesome to win. Before I came here I practiced for almost a week and that work has paid off, it is amazing. The more you practice the better you get and that has really built up my confidence.

“I don’t know what happened with the golden breaks. The ball came around and hit the 9 ball and it went in. I hit the break hard so it can happen.

“It is very hard to win the Masters. You have all the best players in the world, 16 top players and especially playing against Darren Appleton in the final, who is one of the very best pool players.

“I got a lot of fortunate rolls, I made three golden breaks tonight with the one in the semi-final. It is very exciting for me to be the first player to win the Masters in consecutive years,” he added.

Van Boening flew into a 3-0 lead, albeit with the help of a couple of errors by Appleton. A dry break in the third game from Van Boening left a tough run out for his opponent but he composed himself to get on the scoreboard.

Appleton pushed out in the next but Van Boening’s attempt at a snooker left Darren with a look at the 2 ball and he rolled it in up table. From there he cleared up to get to 2-3. He missed another ball in the next, a routine 4 ball at a slight angle, and that gave Van Boening the chance to increase his lead at 4-2. 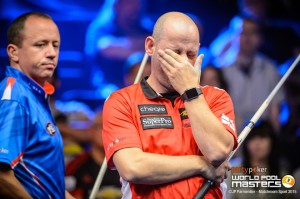 Appleton was looking increasingly agitated by his errors and could only look on as Van Boening kicked the 9 ball in off the break – his second golden of the evening session – to move to 5-2.

It soon became 6-2 with a tidy 6/9 combo as things looked bleak for Appleton. And even bleaker in the next as another crunching Van Boening break saw the 9 ball kicked in off the side rail as he reached the hill at 7-2. It ended with a 2/9 combination as Van Boening crowned a fabulous evening.

“He broke unbelievably in the semi-finals so I knew I had to break well in the final,” said Appleton.

“I didn’t really come down from the semi-final and never really felt comfortable. I had chances at the start of the game and he wasn’t breaking well but I didn’t capitalise. I went 3-0 down but could have been 3-0 up.

“I started to feel good and had ball in hand at 3-2. It wasn’t an easy finish but I played a bad positional shot and missed the 4 ball. From there at 4-2 he broke and got a 9 on the break and he ran the next rack, got another golden break for 7-2 and in the last rack he smashed the balls and fluked the 6 ball to come out perfect for the 2/9 combo. When things like that happen it is his tournament.

“Looking back on the tournament I am really happy to have got to the final. I would have liked to have got more involved in the final but he is a great player and hopefully in the next five or so years we will play in more finals.

“Going into the match I felt I just wasn’t ready because I had just finished my semi-final and didn’t have time to get focussed for the match. I missed a couple of balls I should make just because of a lapse of concentration.”

Earlier Van Boening had recorded the fastest 8-0 win in Masters history as he beat Liu Haitao in less than 30 minutes. After taking the first two racks, Van Boening then broke and ran six on the spin to record a whitewash in 27 mins and 40 secs.

Appleton had enjoyed a tussle with countryman Mark Gray which looked to be anyone’s at 4-4 before Appleton ran away with, ending the match with a golden break. 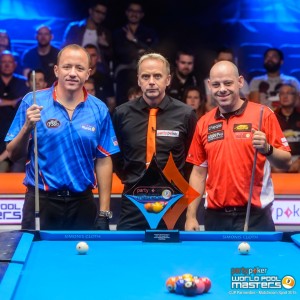 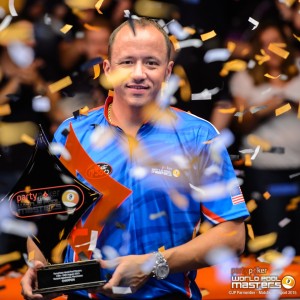