We are certainly glad the new owner has carried on the tradition of the Music City 9-Ball Open.

that was held on 7-foot Diamond Smart Tables with Simonis Cloth. With 28 Diamond Bar Tables, JOB provides the perfect venue for the event, asthey can handle a large number of players with ease. And this was one of the strongest fields ever for this event in both the Open Division and the Ladies Division.

This year all the action was covered via live streaming by AZ Billiards and Accu-Stats Video Productions. Pat Fleming, Julian Robertson, and Jerry Forsythe did agreat job providing fans everywhere with live pool action from JOB Accu-Stats will have DVD available in a few weeks for some of the premier matches, a first for the Music City 9-Ball Open.

The main tournament format is 9-ball, race-to-11, double elimination in the Open Division and race-to-7 in the Ladies Division.

This tournament has always been a full double elimination event, and this year the Open Division went the full two rounds in the final with, Hall of Famer, Johnny Archer defeating Johnathan Hennessee, former Music City Open Champion, in two sets. 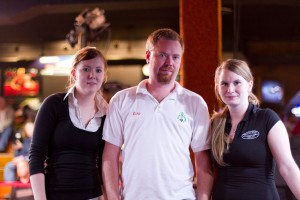 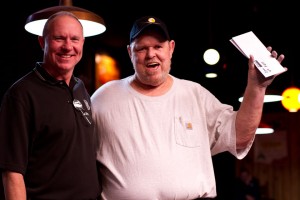 And yet another WPBA Touring Pro, Julie Kelly, played a great tournament finishing 3rd. Julie Kelly also played in the Open division finishing 13th,thus making a very busy weekend for herself. Lonnie Fox from Michigan rounded out the top four. 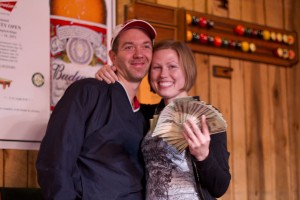 On Saturday night, JOB always has Midnight Madness at this tournament. This always proves to be a great event, as it is 8 players in a singleelimination format, race-to-11, winner take all. It is a $500 entry, so that makes $4000 to the winner. This year Johnathan Hennessee,defending Midnight Madness Champ from last year, won the Midnight Madness again, defeating Gabe Owen in the final.

And as usual for JOB tournaments, Spider was there to take photos of all the action.

The following are tournament results: 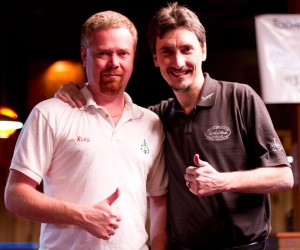