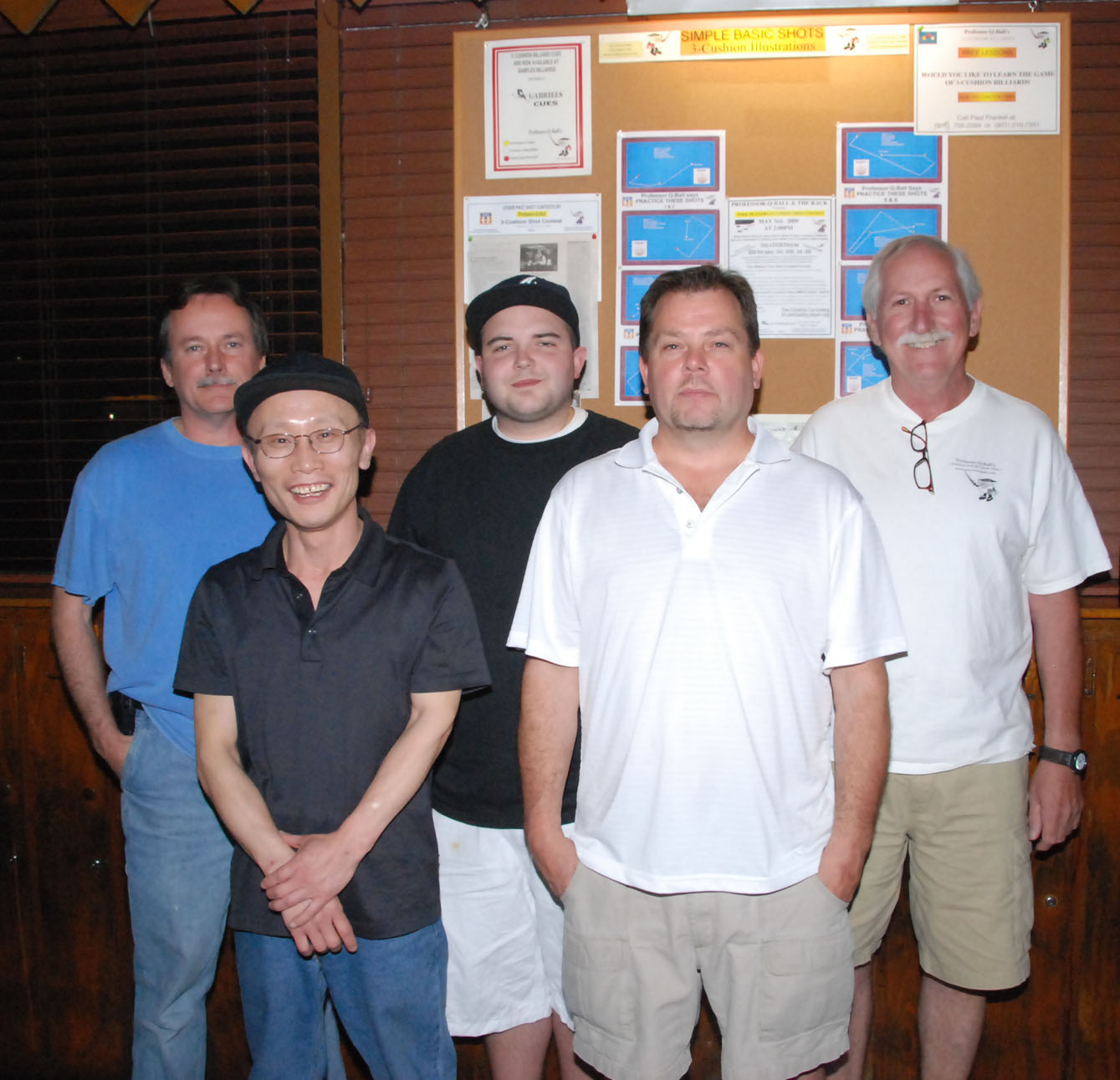 Finally a billiard program designed to attract Pocket Billiard Players to the game of 3-Cushion Billiards. It is called the “3-Cushion Billiard Tour Shot Contest” and it is unique in its own way. For the first time room owners that have only one or two billiard tables will be part of a bigger picture. The format is simple, easy and fun to play.
A room owner that has only one table now can have competition and give their customers a chance to learn the game. All paper work and diagrammed shots are sent to the room owners in a small packet ahead of time to be displayed on a bulletin board giving their players a chance to learn their shots. This also gives room owners some additional time and revenue on their tables while the players practices the shots several weeks ahead of time.
The quickest way to get new players to play the game of 3-Cushion is to reach out to pool players.

Professor-Q-Ball (Paul Frankel) and USBA Secretary, Jim Shovack are the driving forces behind this great idea. The Rack in Memphis Tn held the Shot Contest and it was a huge success with 13 pool players that signed in and willing to test their skills at the game of 3-Cushion Billiards. As the event date was set for Sunday at 2:00pm, on May 3rd 2009, players had a full month to practice the shots. Entry Fee was $10, plus Jerry Ramey owner of The Rack also included in a free lunch for the players that he personally cooked himself on a barbeque grill. 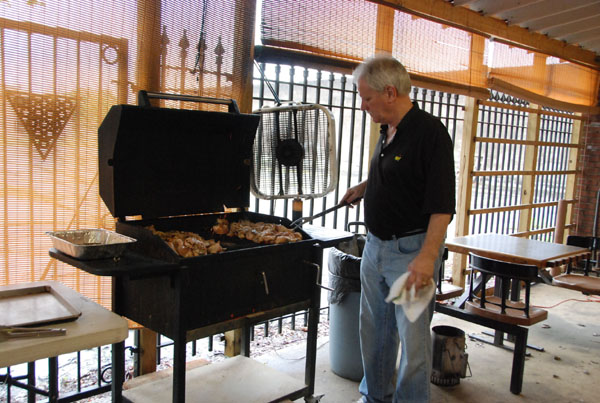 At the players meeting Paul Frankel went over all the rules of the “Shot Contest” and thanked all contestants for accepting the CHALLENGE and then went on to explain to the players and Paul Spain the score keeper and Don Chow the referee the format.
A small recap of how the 3-Cushion Billiard Shot Contest works.
FORMAT: Players will shoot only 8 diagram shots. Each player will shoot each of the 8 shots 3 times (24 shots total). Each shot is worth 2 points (48 pts max) and the total number of points wins. Three small round dots (stick-ons) are placed on the table, which will represent the exact placement of the diagrammed shots. All players will have the same shot and same placement of the 3 balls. Then the dots will be removed and replaced for the next shot selection. 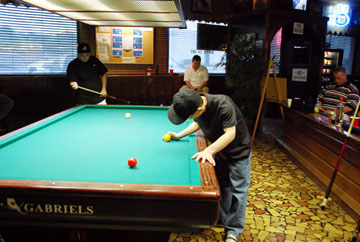 Special Note: After each shot a player will have a straight rail carom shot (no rails required) as the balls come to rest. If they make it, it will be worth 1 point added to their previous scores. This means that the maximum possible score will be 72 points if they made every shot.

This type of program will benefit the USBA in its efforts to attract more members by introducing this program to billiard room owners who sponsor 3-cushion billiard events.
As the contest entered the 8th and last shot there were several players that were real close in score. After all players finished their shots, 3 players were tied for first. The tied breaker shot was the break shot. See chart for final results.
Personal thanks to Paul Spain, Don Chow and Jerry Ramey for helping in this special event. 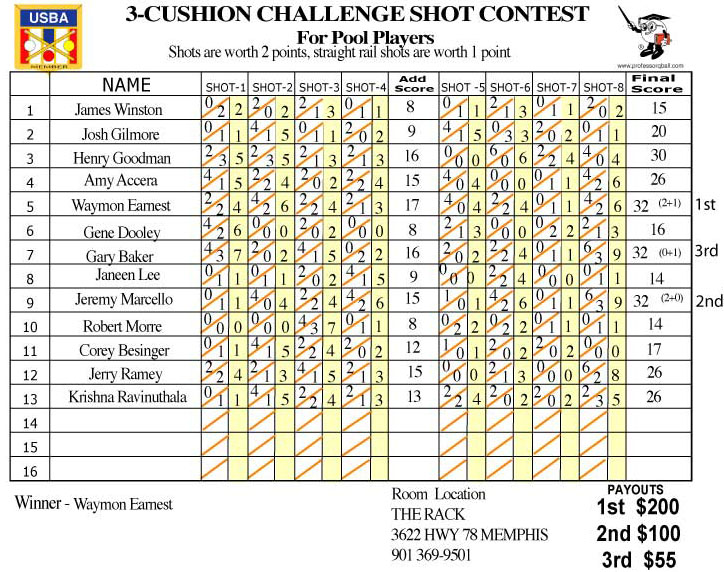