Defending Champion Nam Cho was deep in the hunt but fell a tad short this year.

Two 8-player brackets produced two players each into the 4-player round robin finals. The Preliminary Bracket play was to 15 points. The final matches were to 20 points.

In Bracket A Matt Daiber and Nico Cagnazzo fought valiantly but ended up 3rd and 4th respectively. Frank Van den Bosch and Nam Cho exited the A Bracket into the Finals. They were 1st & 2nd in that order.

Bracket B delivered Chris Mayhew (1st) and Rob Hovick (2nd) to the Finals with Steve Abrams (3rd) and James Richards (4th) hot on their tails.

In the Finals Frank Van den Bosch lost to Nam Cho 20-17. Then Chris Mayhew takes down Nam 20-15. Shortly thereafter Rob Hovick has the lead 18-14 over Van den Bosch. But then out of nowhere Van den Bosch runs and impressive 6 and out. Ouch to Hovick!

Van den Bosch then edges out Mayhew 20-15 in a battle that was initially nip and tuck before Van den Bosch closed the door on Mayhew and the tournament to capture the title of Club Champion.

Congratulations to Frank and thank you to all the participates for supporting their club. Special thanks to Host Bob Keller, Tournament Director Bruce Venzke and Technical Director Dale Saunders.

Complete charts are available right now at www.madison3-cushionbilliardsclub.com under the “Previous Events” Tab. 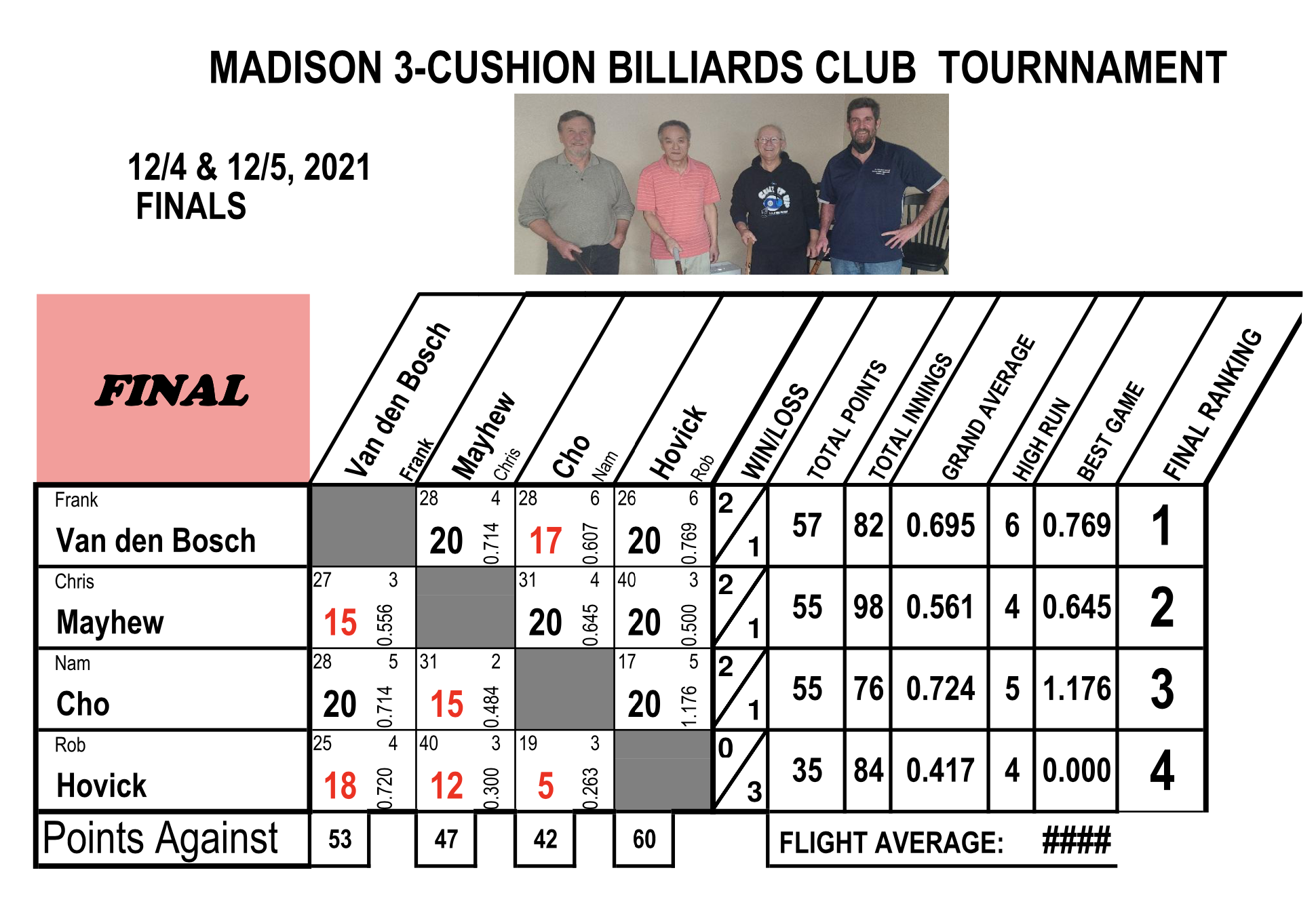 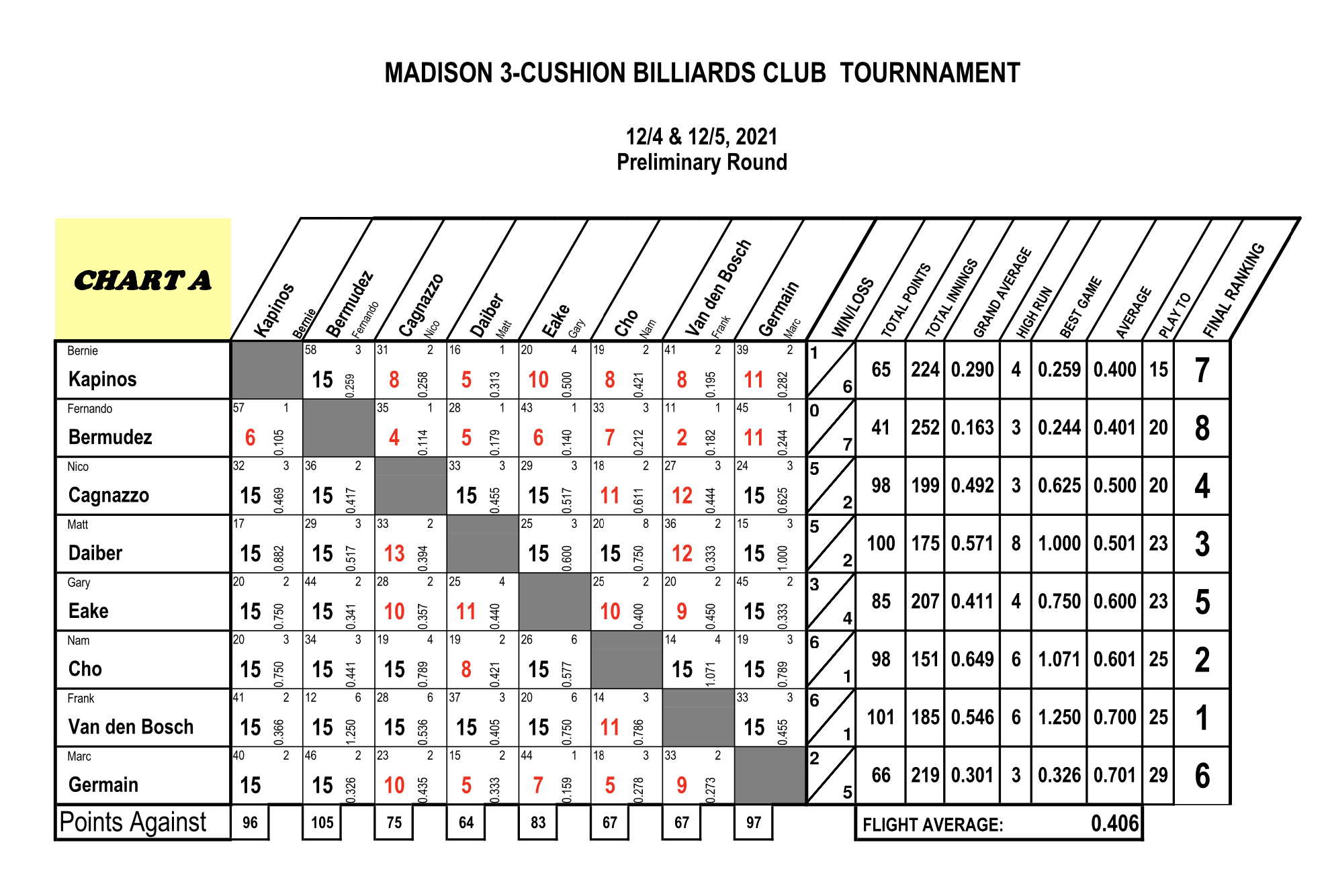