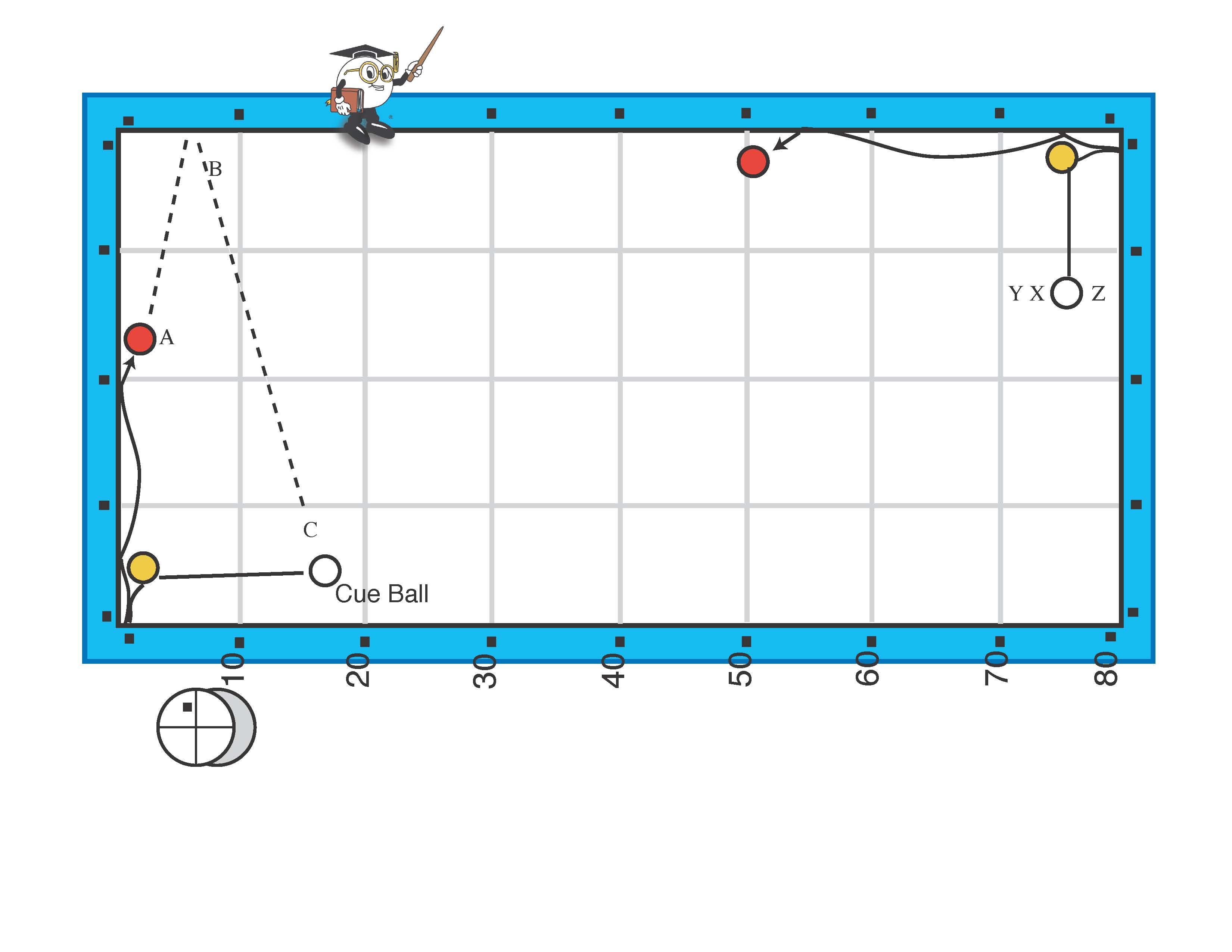 Back-to-the-Rail Variations  Here is a shot that every room player should know, but doesn’t, thinking either it’s too hard or too fancy. Not true at all, as with just a little bit of practice you can add this easy (yes!) shot to your arsenal. The shot at the left has at least 3 other options, but all are harder. The keys to this shot are generating the right angle into the first rail, and having the right amount of high to slightly bend the ball back to the short rail. Hit the first ball with a fairly full hit, with medium speed. Either too slow or too hard and the ball will not bend back to the rail correctly. I prefer using slight outside English, which stiffens the ball and keeps it flatter to the short rail, although Blomdahl once said that he prefers no English (which then requires a slightly thinner hit). Both work; it’s personal preference. Technically, outside English is better if the second object ball is close to the rail, and no English is better if the target ball is further off the rail (at A), as high alone will bend the ball a bit sharper. After you’re consistent with the shot, note the extension possibilities, as the shot generally drifts toward the 2d diamond on the long rail, so target balls at B or C may be the best shot if everything else is tough (many extensions are possible with different English and speed). This shot is especially useful when you’re 10 feet away, and the around the table hit requires eyesight from decades ago.

Look for this shot on the long rail also (at right).The shot is best when you’re almost straight on to the first ball, and is still OK if slightly to the left (X), but too much to the left (Y) and even a little to the right (Z) the shot is not on. Note that you can play the shot with the first ball even a half diamond from the corner, or closer than a ball’s width. Give it 10 minutes; you’ll like it, and it may be the easiest finger snap you ever get!