The 4th Annual Parker Hess Memorial 3-cushion Billiard Tournament was held at the Ashland Elks Lodge #944 Friday, May 17 through Sunday, May 19th, 2019.

Thirteen players from Oregon, Washington, Idaho, and California played a complete round-robin tournament. This means that all players played each other for a total of twelve games each. Each participant was assigned a handicap based on their average.

Local Ashland Elks member Tom Thomsen finished with a 11 – 1 record to finish in first place. Washingtonian Brad Kille also had a fine 11 – 1 record but Thomsen had more total points so he finished in second place.

Another local Ashland Elk, Rudy Vigil, finished in third place with a record of 9 – 3. Rudy also had the high run of 8. (see chart for complete results and payouts).

Fourth place, from Vale, Oregon, went to Walt Scott. He finished with a record of 7 – 5. Jim Scharff of California also had a 7 – 5 record but fell two points short of Scott.

My wife, Alice Thomsen, ran the tournament. She kept score, moved the players along, made sure the tables and balls were clean, and brought doughnuts in every morning. Alice also happens to be the Ashland Elks Lodge #944 Billiard Chairperson.

Special thanks to the following:

The MOBPA (Medford Oregon Billiard Players Association) for their donation of $1040 for the prize fund;

Paul and his crew at the bar for their great help;

Raymond Hansen, Lodge maintenance man, for the water and coffee furnished every morning and for opening and closing the Lodge Sunday.

The billiard players here at the Ashland Elks Lodge #944 give the Lodge a hearty “THANK YOU” for one more successful year of the Parker Hess Memorial Tournament. 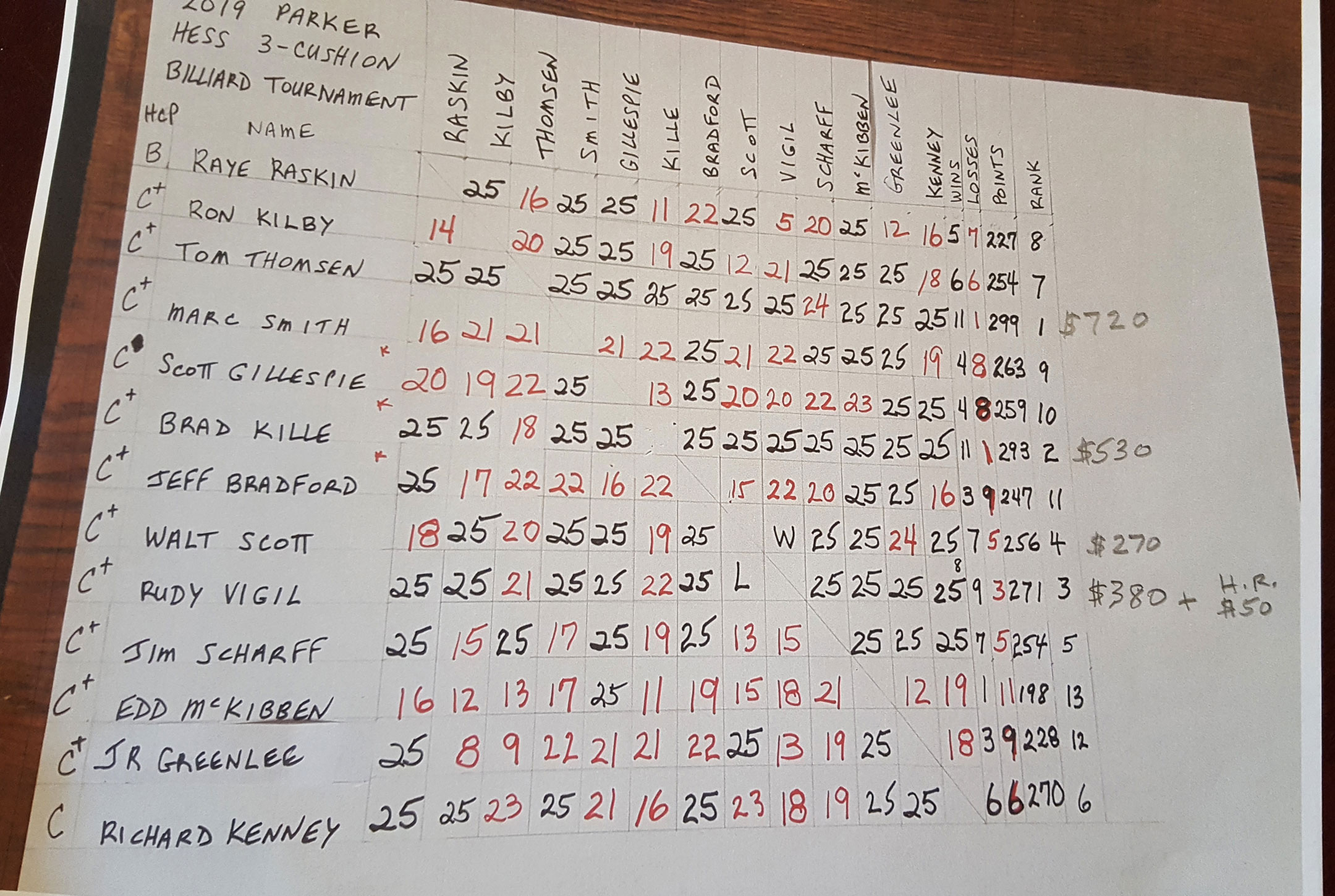