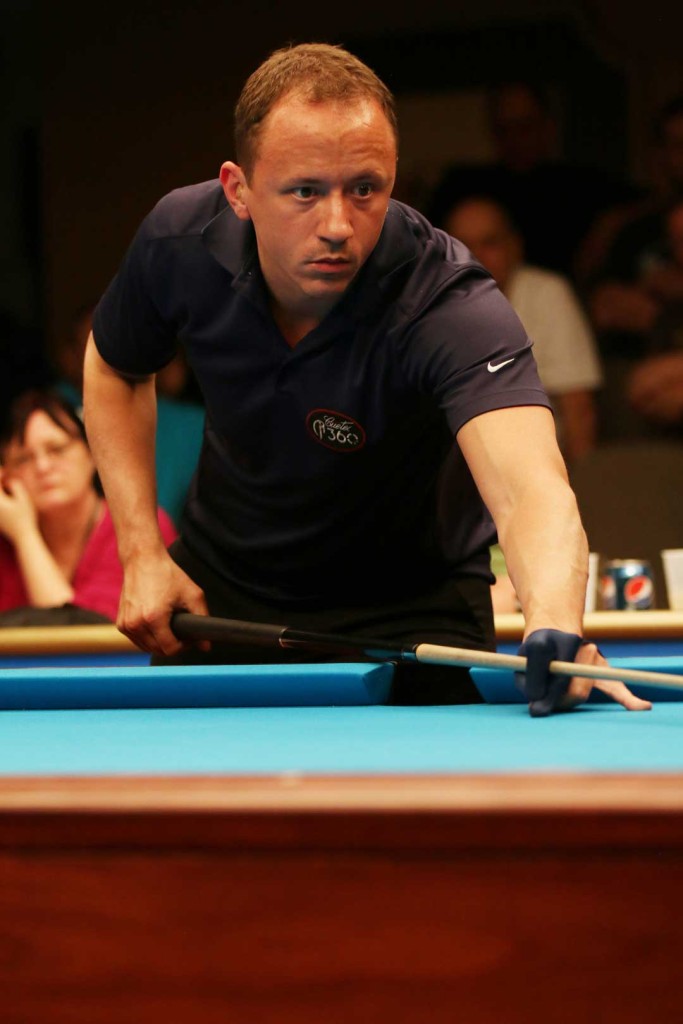 This is the first 10-Ball event in our Make It Happen series. The six player field is stunning! Bill Incardona, Voice of Accu-Stats, & Danny DiLiberto will be in the booth for all the action.

There will be sixteen matches. Two players with the best won-lost record after fifteen matches will advance to a FINALS match.

An Accu-Stats Make It Happen Event 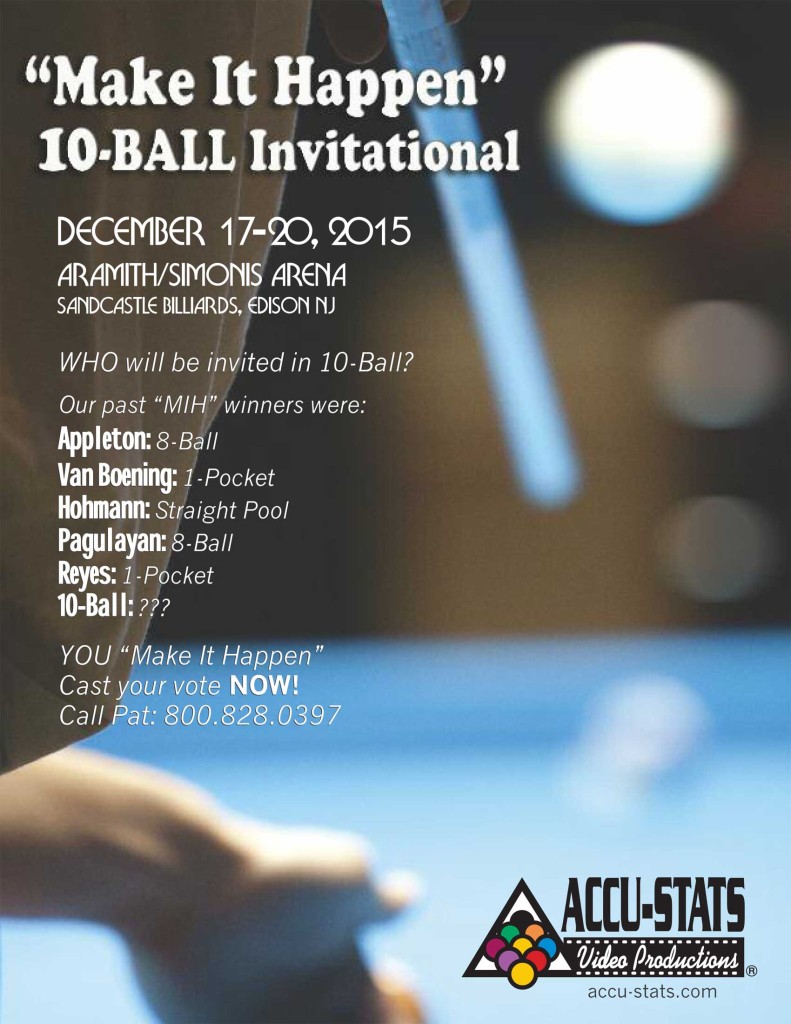