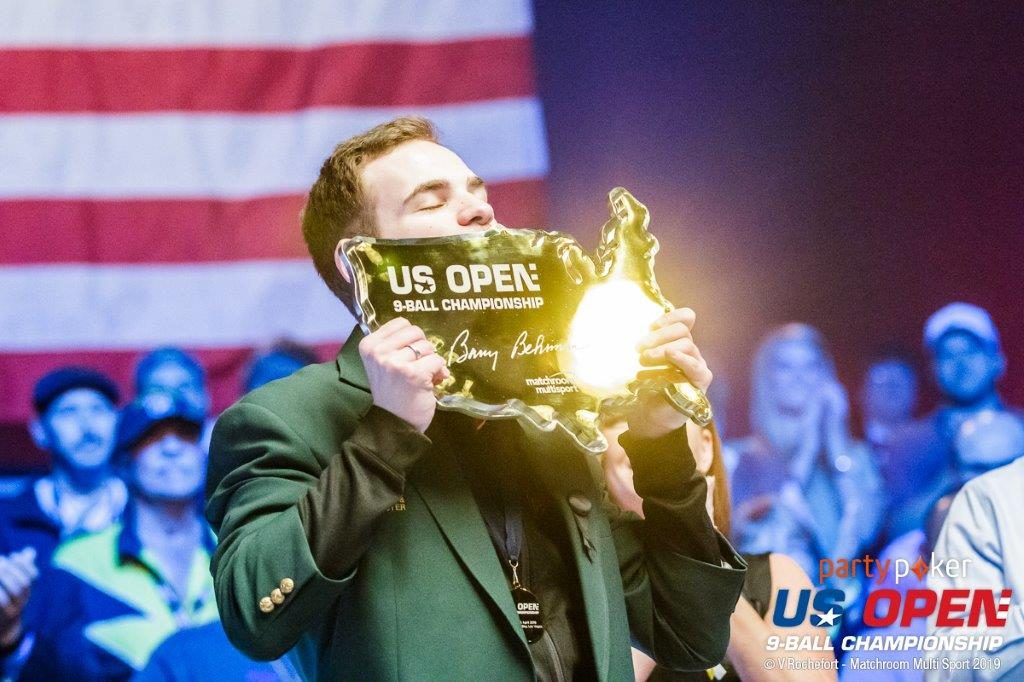 Joshua Filler is the new partypoker US Open 9-Ball Champion after beating Wu Jiaqing 13-10 in the final at Mandalay Bay Resort and Casino Convention Center in Las Vegas.

His performances throughout the tournament were worthy of one of billiard’s oldest and most prestigious titles, as the German knocked out defending champion Jayson Shaw as well as world-class players including Alex Kazakis, Albin Ouschan and finally Wu, whose foul in what became the final rack was his last action of a breath-taking tournament.

Over three days the 256-player field became 16 before the tournament transferred to the Diamond Arena and single elimination action. This was the first time the event had been promoted by Matchroom Multi Sport, and any pre-tournament doubts were dispelled by a week that had it all.

In front of a sold-out crowd of 700 pool fans, and many more watching live on TV in over 100 countries around the world, Filler displayed some of his very best offensive pool, the sort of play which saw him become the youngest ever Mosconi Cup player, winner, and MVP, a World Champion and World No.1 at 21, and now US Open Champion.

In the final, Wu won the lag and drew first blood before he ran the next two for a 3-0 lead. Filler then put a five-pack together but scratched in rack nine. Wu pulled one back however, a dry break saw the World No.1 return to the table to make it 6-4.

The next two racks were shared before Filler opened up a three-point lead which soon became five. A poor safety at 10-5 enabled Wu to narrow the deficit to four and eventually two, but at 10-8 Filler benefitted from an incredible fluke, crashing the 2 into the top corner pocket off the cue ball. He ran the rest of the rack and the following to reach the hill at 12-8.

Breaking for the match, Filler was dry and Wu had a roadmap back. He drove it and then made a 3/9 in the 22nd game, but at 12-10 committed a touch foul bridging over the 4 to the 1, giving ball in hand to Filler.

The German made no such mistakes and cleared for the title, $50,000, the Barry Behrman Trophy and his first green US Open winner’s jacket.

“It feels amazing,” said Filler. “I am overwhelmed with the situation right now. It is unbelievable for me, of course. There is only one reason why I am here now and so successful – it is my wife, and I love her so much.

“I want to thank all the spectators for this situation right now, I cannot describe in words how much it means to me right now. I know I played better earlier in the tournament but the final is a special situation. You put more pressure on yourself so maybe you make more mistakes but I was happy with my performance, of course. When he fouled, I knew it might be my last chance and I took it.

Wu takes home $25,000 as runner-up, while the 90 partypoker Mosconi Cup qualifying points collected by Filler puts him in a commanding position to return to Team Europe when the Cup takes place at Mandalay Bay later in November. 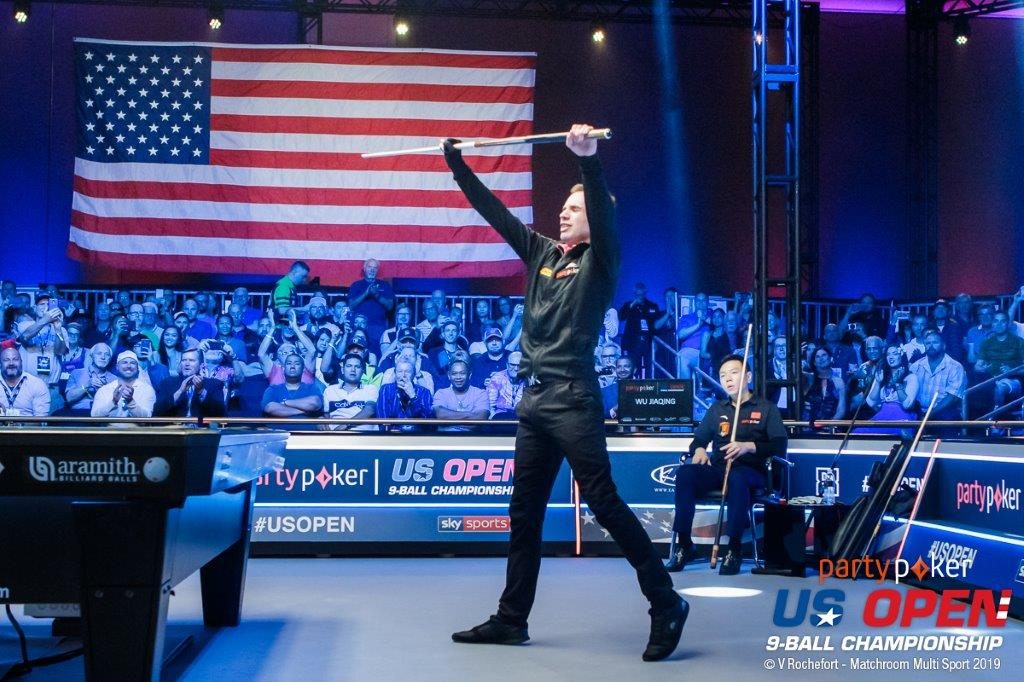