Blomdahl Vs Patino
Caudron Vs Sayginer
Kim H.J Vs Ceulemans

Zanetti Vs Choi S.W
Merckx Vs Jaspers
Sanchez Vs Piedrabuena

Merckx Vs Sanchez
Sayginer Vs Piedrabuena
Blomdahl Vs Ceulemans

Choi S.W Vs Patino
Caudron Vs JaspersZanetti Vs Kim H.J

Click on Below link for up to date Standings 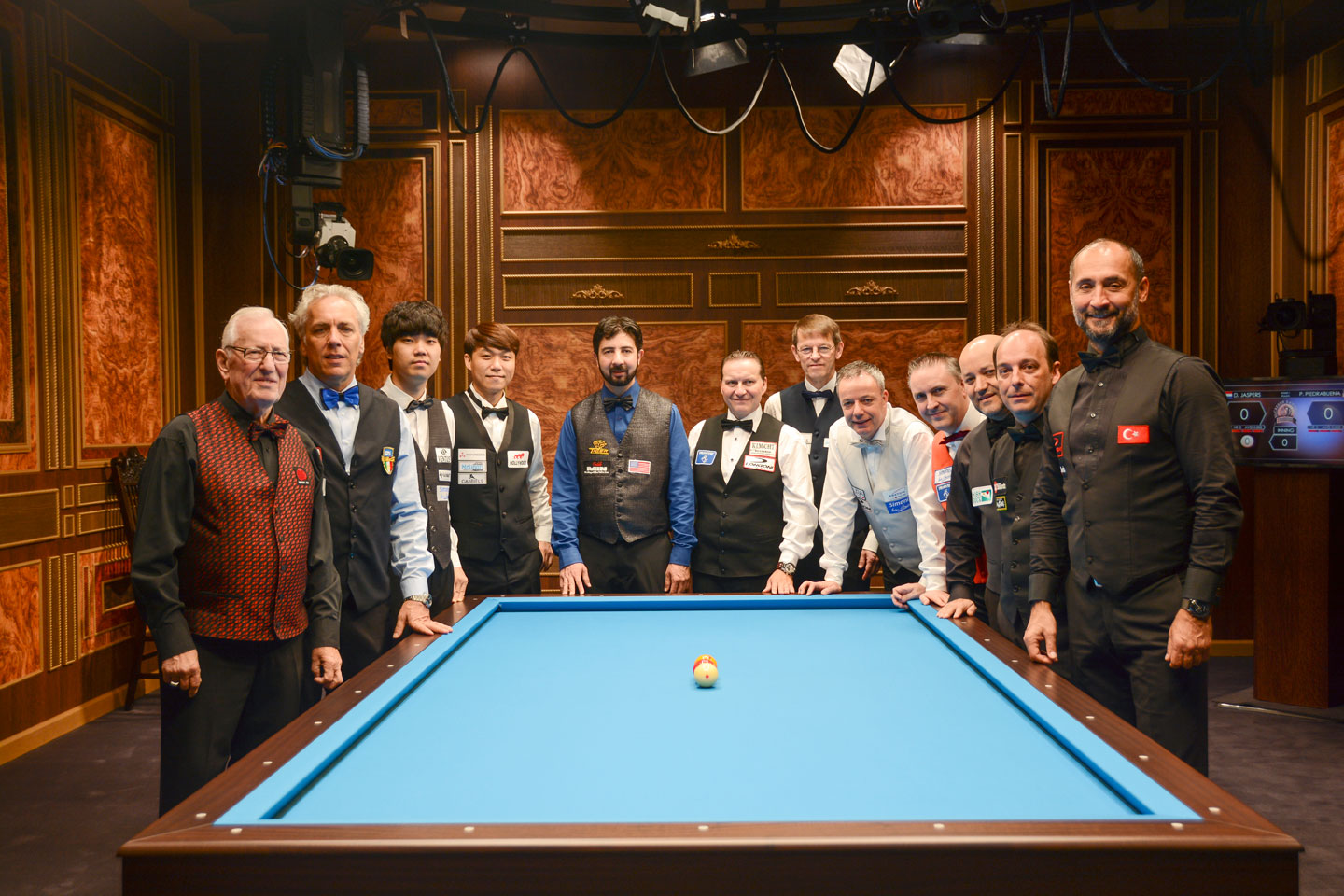 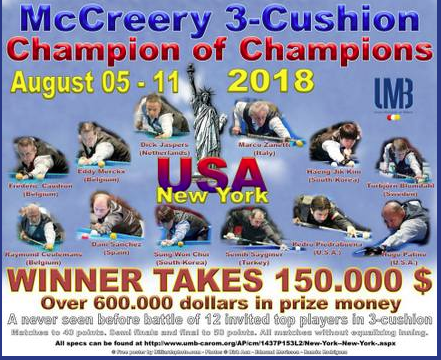 New York – July 30, 2018.  The inaugural “McCreery 3-Cushion Champion of Champions” event, an exciting and innovative 3-cushion billiards tournament, will begin on Sunday, August 5, 2018, and run through Saturday, August 11, 2018.  Over the course of these seven days, twelve of the most accomplished billiard champions in the world will compete in a round robin event. Organized and sanctioned by the Union Mondiale de Billiard (UMB), the “McCreery 3-Cushion Champion of Champions” will showcase 69 matches introducing never-before-seen technology from ESB Labs that will allow for in-depth, real-time insights into the game. Technological innovations include billiard tables equipped with sensors on the surface and in the rails, powerful officiating tools that enable complex and detailed review, new sports data monitoring systems, and high frame rate cameras. The players will compete for over $600,000 in prize money in this most prestigious three-cushion tournament in history.  The live broadcast of the tournament will feature commentary by Kurt Ceulemans, son of the legendary Raymond Ceulemans, and Jeanette Lee, an American professional pool player known throughout the world as the legendary “Black Widow.”

Through the official tournament website: www.mccreerychampionofchampions.com and the UMB’s official media partner’s website, Kozoom, at: http://www.kozoom.com/en/billiard-carom/ the action will be live streamed to fans of the sport around the world with updated tournament results, live scores, and information about the players.

Competitors from around the world have converged on New York to vie for the $150,000 first prize. Twelve of the most skilled competitors will play for the title, but only one will be named “McCreery Champion of Champions”. 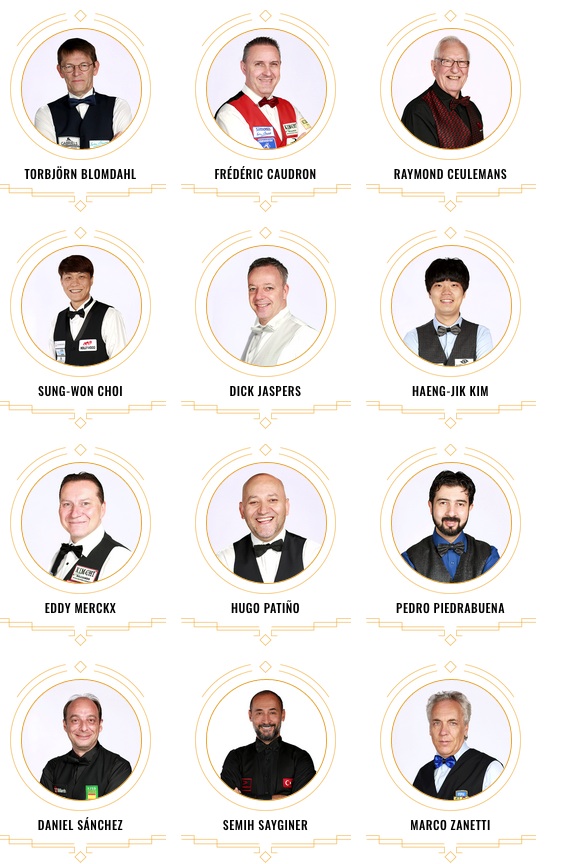 The Field of 12 Players

The 4 first players ranked will play the Semifinals race to 50.

The McCreery 3-Cushion Champion of Champions Tournament will feature a round robin format in which all 12 competitors will have the opportunity to face each other. At the conclusion of the round robin, the top four players will advance to the semifinals with the winner of each semifinal match playing in the championship match on August 11, 2018.

The tournament is named in honor of Wayman C. McCreery (1851 – 1901), highly regarded as one of the most accomplished amateurs in the late 1800’s. He developed three-cushion billiards as a separate and distinct discipline for tournament match-play.

UMB (Union Mondiale de Billiard) is the world governing body for carom billiards and a member of the WCBS (World Conference of Billiard Sports). http://www.umb-carom.org/