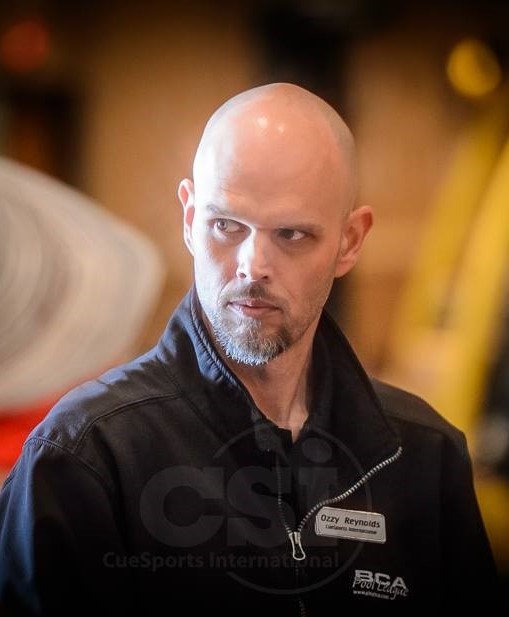 CueSports International, Henderson, NV (July 9, 2018) – CueSports International (CSI) is excited to announce that effective August 1, 2018, Ozzy Reynolds will become the new owner and CEO of CSI. This is part of a planned succession that was put into place in 2014 when Reynolds joined the company as General Manager.

Reynolds has a wealth of billiards experience as both a player and promoter. He began playing at just eight years old and has competed in various leagues, regional tours and pro tournaments. A native of Virginia, Ozzy is the founder of The Action Pool Tour, VA State-10-Ball Championships and VA State 8-Ball Championships.

Along with his billiards acumen, he also has impressive education and experience. He worked as a nuclear-powered aircraft carrier Design Lead for ten years, a Construction Manager for NASA infrastructure projects for three years, a Project Manager for NASA facility projects for four years, and CSI General Manager for four years. He has also served on the Billiards Congress of America (BCA) Board of Directors since 2016. In 2009, he earned a Bachelor’s of Science degree in Business Administration (BSBA) from Old Dominion University with a minor in Civil Engineering Technology. In 2012, he earned a Masters in Business Administration (MBA) from the prestigious College of William & Mary. He also holds official certifications as a Marine Designer and a Project Management Professional (PMP®).

Reynolds is eager to begin this new chapter and lead CSI to realize its full potential. When asked about his new role, Reynolds said, “I am extremely honored and humbled to be at the helm of such an incredible organization. For me, this is the culmination of many years of education, hard work and passion. For CSI, it is a new chapter. We will continue to operate with the passion, commitment and principles of our founder, Mark Griffin. The future of CSI is very bright.”

She was first introduced to pool in 2006 and her passion for the game quickly grew. She and a business partner launched VegasBilliardsBuzz.com in 2009 which galvanized the Vegas pool community. Based upon its success, they then launched the Vegas Billiards Tour which operated successfully for seven years.

“The experience Amy has gained over the years as a league player, team captain, league operator, tournament director and CSI Office Manager, coupled with her business intelligence, makes her the perfect candidate for General Manager,” explained Reynolds.

Kane looks forward to her new position and said, “I’m honored to take on this role. I have always been dedicated to the betterment of the game and this capacity will give me a greater ability to do just that. We have an exceptional team that strives for that every single day.” 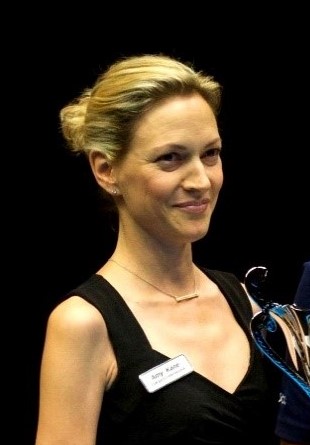 This comes on the heels of CSI founder and international businessman, Mark Griffin, deciding that it was time to turn CSI over to the next generation. Griffin founded CSI in 2004 and quickly propelled it to become one of the most well-known and respected billiards companies in the world. It began as the parent company of the BCA Pool League but Griffin quickly added to its portfolio with the creation of the USA Pool League and numerous amateur and professional events including the US Open 10-Ball, US Open 8-Ball, US Open Straight Pool, US Open One Pocket, US Open Bank Pool, US Bar Table Championships, Jay Swanson Memorial, and many more.

Although Griffin’s vast experience and accomplishments are too numerous to list here, he has been a master level player, billiard instructor, proprietor of pool rooms in three states since 1969, table mechanic, cue and memorabilia collector, league operator, table manufacturer, BCA Board Director and a partner or supporter of various billiards ventures and initiatives such as The Action Report (TAR), American Rotation, FargoRate and many others.

In 2015, Griffin underwent a successful double lung transplant at the age of 68. He quickly recovered and got right back to work. In addition to his duties as CEO of CSI, in 2016 he opened what has quickly become one of the most acclaimed pool rooms in the country which bears his name – Griff’s Bar & Billiards. “Mark Griffin is an amazing person. He bounced back from a double lung transplant as if it were a scrape on his elbow and jumped right back into work. Then he began the long and arduous process of building and opening Griff’s. All I could do was watch in amazement as he ran circles around all of us,” says Reynolds.

When asked about this transition, Griffin said, “This plan of succession has been in place for more than four years and I decided that it was now time to hand over the reins of CSI to the next generation. I am proud of what CSI has accomplished and confident that it will continue to be a leader in the industry.” When asked what’s next for him, Griffin said, “Since my health is good and I feel great, I’d like to spend more time focusing on Griff’s and traveling.” 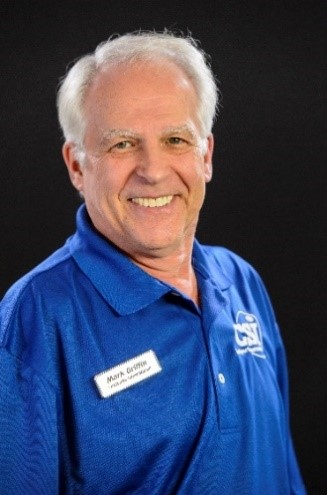 Although Griffin is officially “retiring” from CSI, he will continue to be a trusted advisor and will be given the title of CEO Emeritus to denote his perpetual status as founder, honor his distinguished service and recognize his continued council. Reynolds added, “Mark Griffin isn’t disappearing. His knowledge and experience is an asset and we will continue to utilize it as much as possible.”