Tournament Directors Steve McDonald and Bob Hunt had a busy weekend, as 105 open division players and a full field of 48 ladies division players showed up for the competition that was held on 7-foot Diamond Smart Tables with Simonis Cloth.  With 3 rooms full of Diamond Tables, JOB’s provides the perfect venue for the event, as they can handle a large number of players with ease.

This year all the action was covered via live streaming by The Bigtruck Show at poolactiontv.com.  Rockin’ Ray Hansen did a great job providing fans everywhere with live pool action from JOB’s.  Check out poolactiontv.com.

Action got kicked-off Wednesday night with a 9-ball, race-to-7, single elimination mini tournament.  A full field of 64 players entered this event and Justin Bergman topped the field with a win, with “The Sundancer” Shane McMinn placing second. 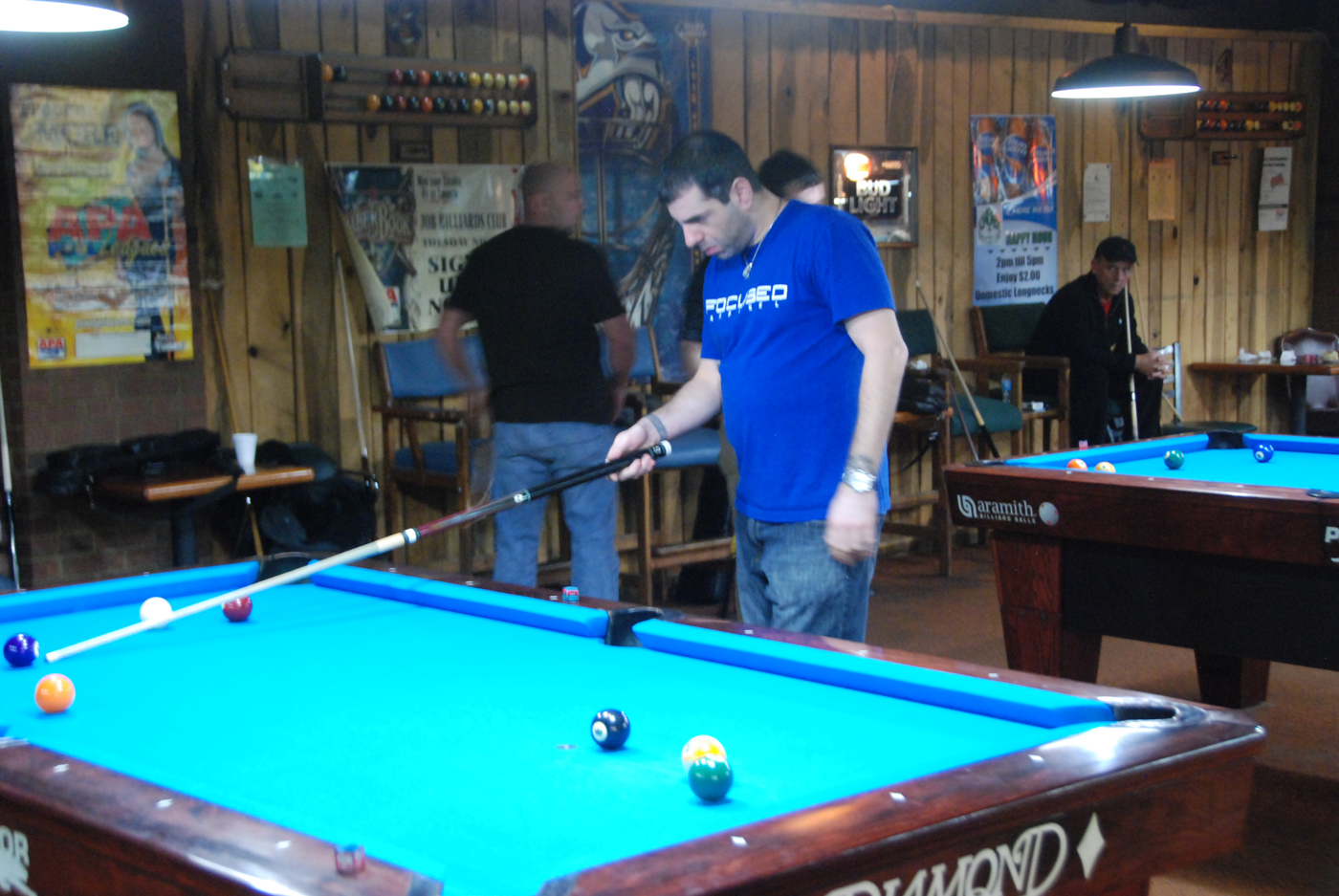 In the open division, Robb Saez went undefeated thru the entire tournament to beat Hall of Famer Johnny Archer in the finals.  “The Sundancer” Shane McMinn brought up a strong third place finish.  In the ladies division, WPBA player, Brittney Bryant, came from the one loss side to defeat Amateur Champ, Dana Aft in a two set finals and former WPBA Player Grace Nakamura took third. 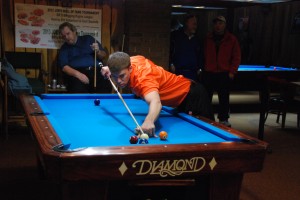 On Saturday night, it was the legendary Midnight Madness event.  This always proves to be a grand event, as it drew a strong field of 16 players in a single elimination format, race-to-11.  It was a $500 entry, so that makes $8,000 to the top two finishers.  This year Corey Duell defeated Bobby McGrath in the final.

A beautiful $1500 Alex Brick Custom Cue was raffled off and given away just before the finals.  The lucky winner was Rachael Johnston, a local JOB’s regular player. 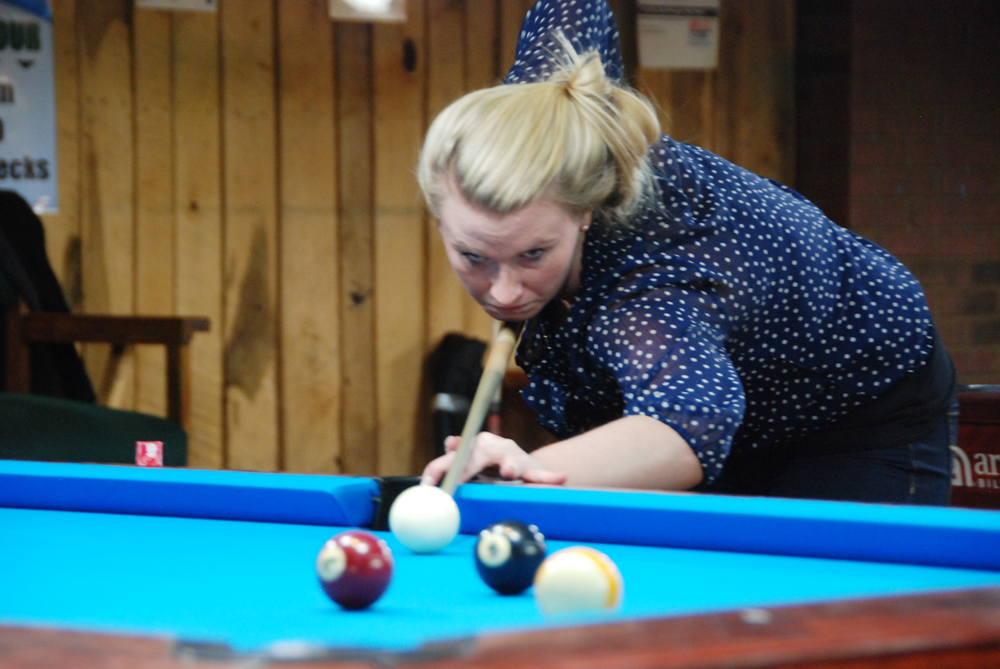 In the ladies division with 48 players Brittany Bryant now takes

home the bragging rights for 2014.

Mini Tournament was a full field of 64 players It was a 9-Ball and a race to 7 Single Elim.

And the proud winner was Justin Bergman. Coming in 2nd was Shane McMinn.