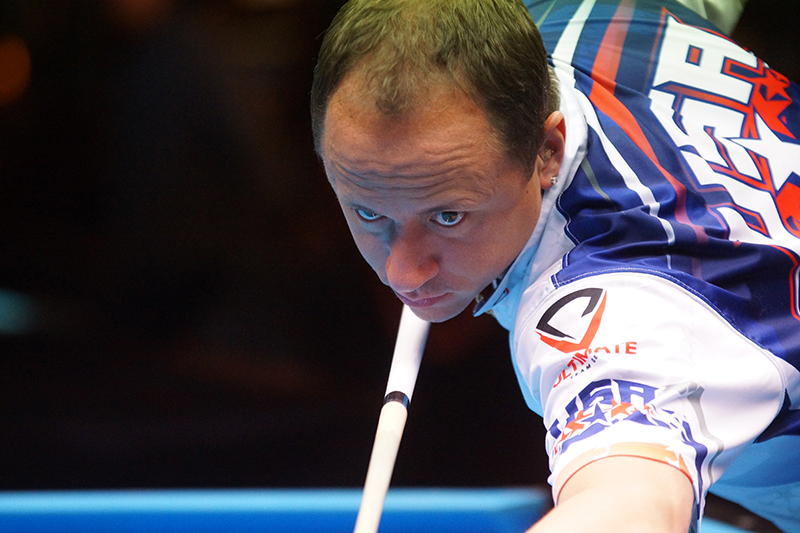 CueSports International, Henderson, NV (Mar. 30, 2018) — Shane Van Boening captured another US Open title, making an undefeated run to win the US Open One Pocket Championship on Sunday in Las Vegas.

Tournament organizer Mark Griffin, who also owns Griff’s in Las Vegas, said the US Open Bank Pool Championship and US Open One Pocket Championship will be held at Griff’s again in 2019, although dates have not been set yet. Both events will be $5,000 added, Griffin said.

“Jay Helfert has offered to add $2,500 to the Bank Pool Championship next year,” Griffin said. “It’s very generous of him and will help us draw a larger field in the future.”

For more information, contact Mary Coffman, CSI Marketing Manager, at 702-719-7665 or by email at mary@playcsipool.com.