Feijen is a two-time Master! 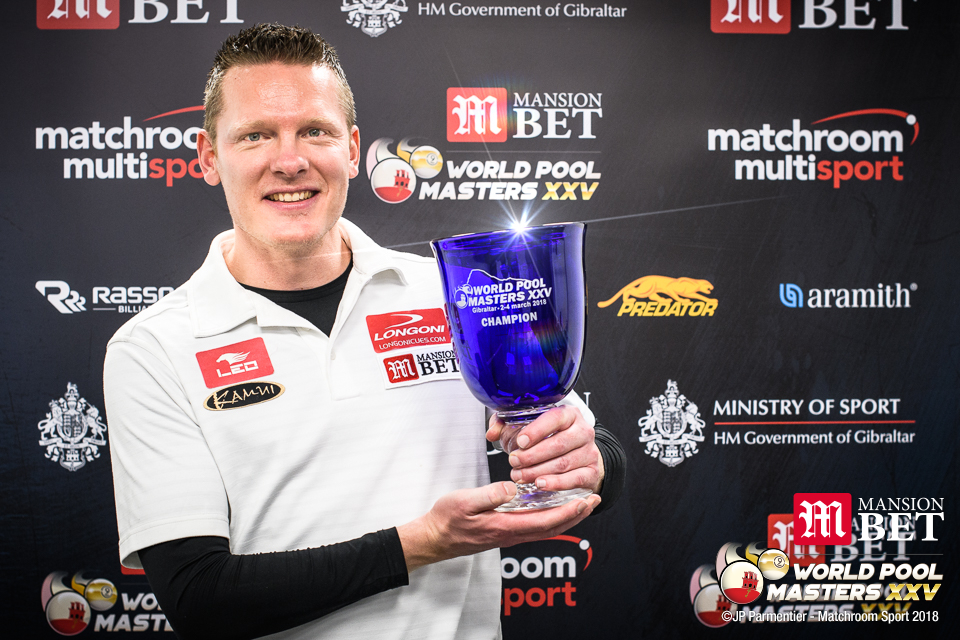 NIELS FEIJEN is the 2018 MansionBet World Pool Master overcoming Shane Van Boening to lift the title he won for the first time in 2013. In front of a packed house at the Victoria Stadium in Gibraltar, Feijen dominated the final from the off and was delighted to collect the trophy, presented by Minister for Sport, Culture, Heritage and Youth, Mr Steven Linares.

Feijen, who had been out of the game for the best part of six months with tendonitis, had endured surgery on his arm. He missed the Mosconi Cup last December and the MansionBet World Pool Masters represented his first tournament back in the spotlight.

Any doubts about his fitness were dispelled with a string of fine victories culminating in triumph in the championship match over Van Boening.

He took out Raj Hundal 8-2 in the first round before beating a very dangerous Dennis Orcollo in the quarter-final.

Karl Boyes, who himself was on the comeback trail, was the deadly Dutchman’s semi-final victim

Helped by four break and runs, Feijen recovered from the loss of opening rack to build up an almost unassailable 7-2 lead. However, on the verge of victory, seemingly clearing up in the tenth rack, the Dutchman missed the orange 5 ball from short range. 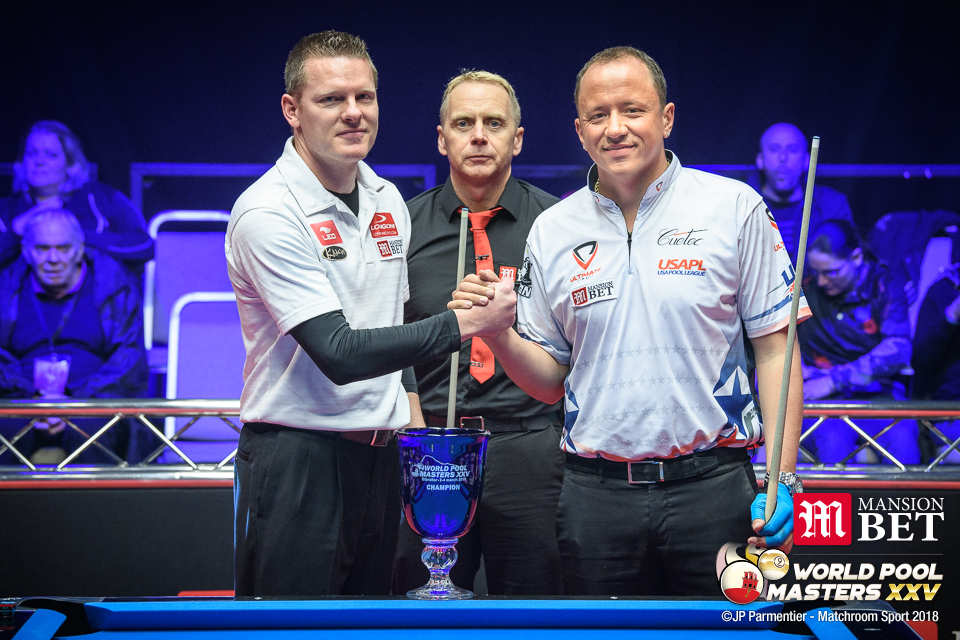 Van Boening cleared up to stay alive and placed further doubt in the mind of his opponent by smoothly breaking and running in rack 11. Yet, just when the great escape began to look on the cards for the five-times US Open champion Van Boening broke dry in rack 12 and with a 1/9 combo sitting prettily, Feijen sealed the deal.

Feijen’s win was the 17th European victory in the 25 years of the event and he was delighted with his performance; “I am pretty speechless. It has been a long ride and I would like to thank everybody who supported me, especially my wife. It is a great moment.

“The competition keeps me focussed – I played Dennis who has beaten me eight or ten times in a row, so I had to step it up in that one. Karl is a great guy and we have had some good battles in the past so that was a great match in the semi-final, and the break started to click really well in that match. My timing was good so I thought if I keep breaking like that, I could win the whole thing.

“Shane is in his own league sometimes and he is a two-time winner so that gives you an extra spark, but I thought I had a real chance. I had been out for so long I knew if I could snap this thing off, it would mean a lot to me.”

As well as the prestigious title, Feijen collects a pay cheque for $20,000 and an invite back into the 2019 Masters.