Live From The Aramith/Simonis Arena! 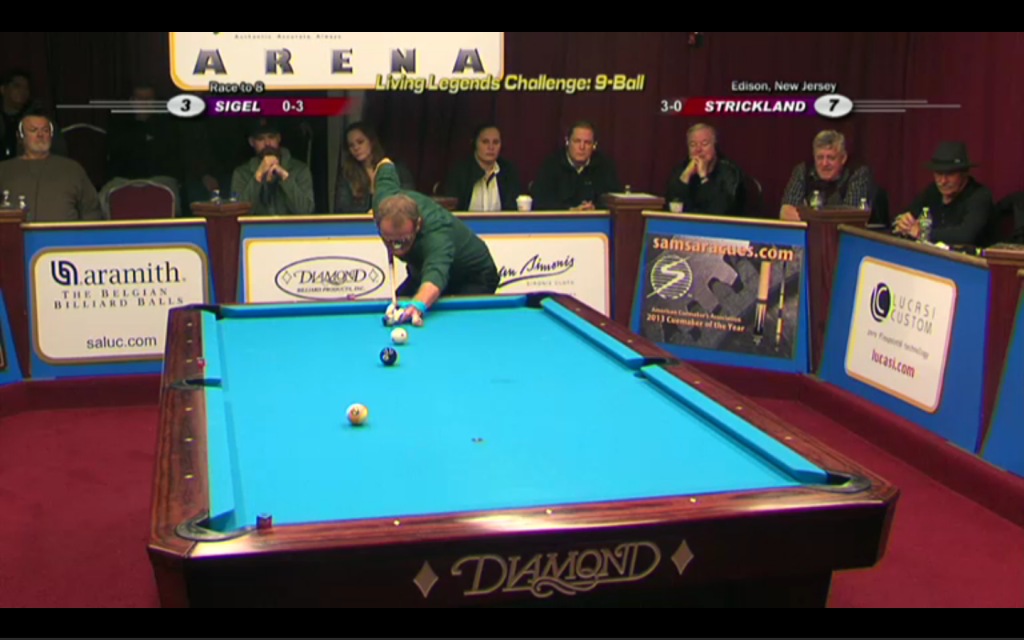 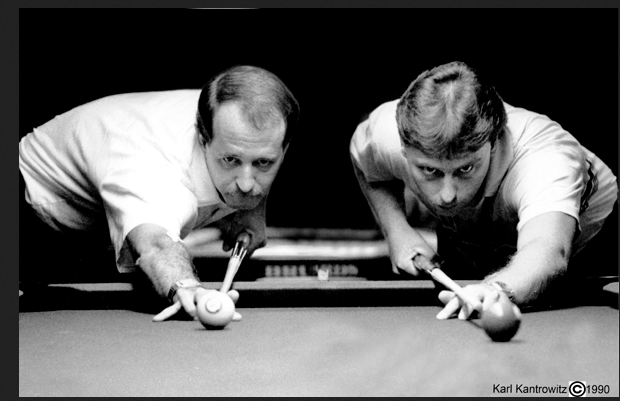 Strickland got serious and played fabulously.  Sigel never loosened up and lost 8-1.

Sigel had his chances in 10-Ball and almost benefited from his efforts, but just didn’t have enough in him to pull out the win.

Earl was aggressive and accurate. To his credit, Mike won several racks by playing well. Despite that, Earl was the powerhouse.

After losing the first five of six disciplines, this was Mike’s chance to salvage something. He outplayed Earl and won convincingly 3-1.

By being behind after six sessions, Mike was allowed to choose the next discipline. He took advantage of his only win by choosing One-Pocket as his next selection. As it turned out, it was very competitive and Mike out edged Earl 3-2.

Straight Pool was Sigel’s next selection as he had the choice of disciplines because he still trailed in sets 2-5. This match could have gone either way countless times. Strickland ran 97 and Sigel ran about 60, but the wheels fell off both of them and it was a wonder if either one would win. Sigel struggled to the last ball