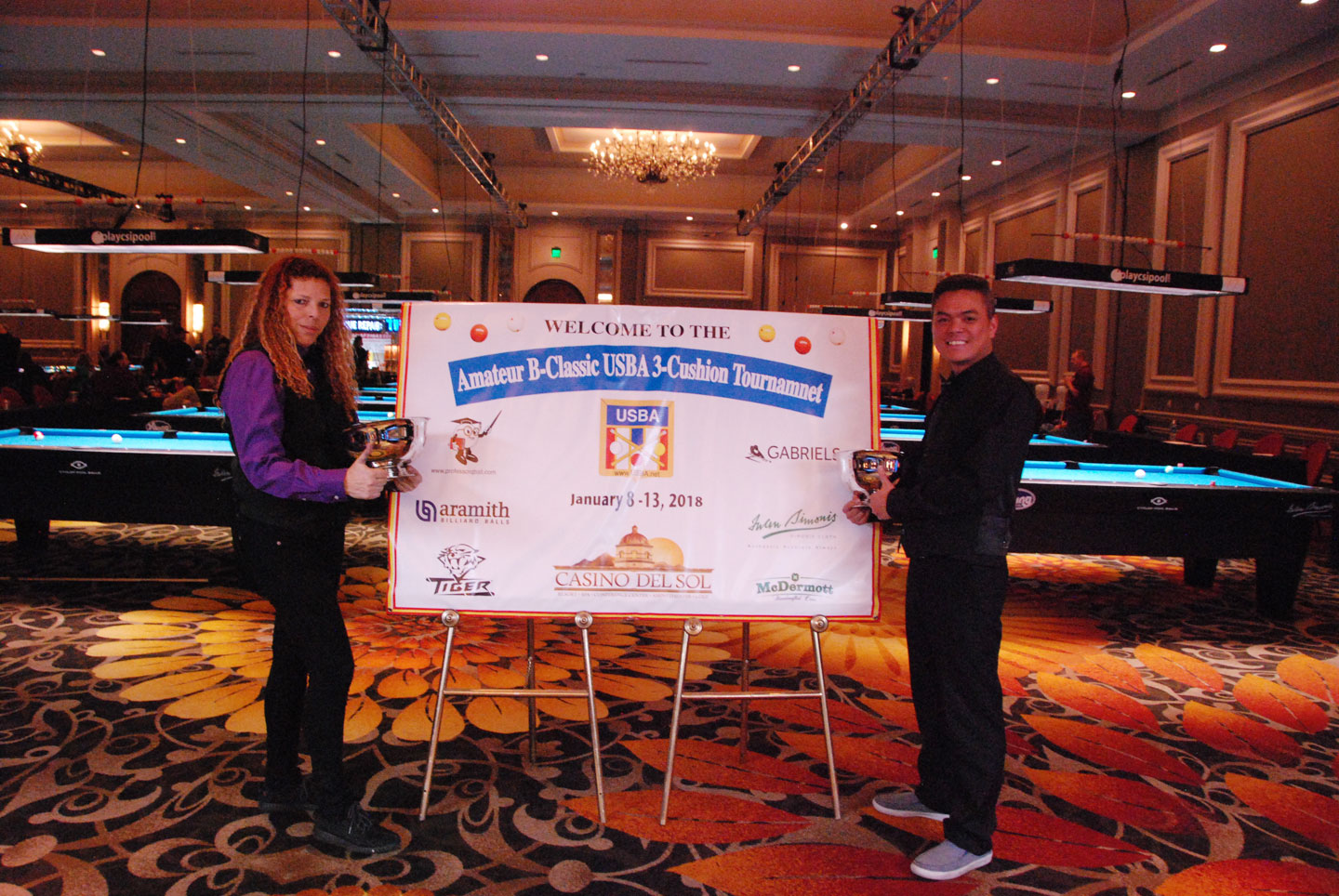 One of the largest USBA 3 Cushion events ever – the 2018 National “B” Championship – took place from January 8th – 13th at the magnificent Casino Del Sol in Tucson, AZ. Fifty-six carom players from across the US were placed (by random draw) into 8 round robin brackets of 7 players each. The top 2 players from each bracket based on several factors of performance (match wins, points scored, etc.) would move on to a final single elimination shootout, which would ultimately determine the 2018 USBA National “B” Champion.

Anyone with an average of .850 or less was eligible to play in the tournament, so each match revealed exciting match play competition in a friendly and fair format structure. Every bracket had its share of tense finishes as each player tried to score 20 points before their opponent. Many matches finished at 20 – 19, creating a fan friendly, edge-of-your-seat venue environment.

With 8 players moving to the second round of matches, the stage was set for more exciting 3 Cushion billiard play. The special “shootout” format revealed match winners: Tarhan, Gonzales, Do, and Hendrickson. To determine 5th through 8th places of finish, Powers took victory honors with a “run of 10 points” against Lamers and Verlinden won over Raskin in a close fought battle.

In an amazing display of carom artistry, the 4 final players showcased the fine points of each carom cue movement, as Gonzalez continued her winning ways with a victory over Tarhan and ever consistent Do putting one more notch in his billiard belt with a free-flowing win over Hendrickson. An additional match was played between Hendrickson and Tarhan to determine 3rd and 4th place. Both players played brilliantly with Hendrickson crossing the finish line first.

Everyone present in the arena was poised for the final match between 2 tried and true players of the carom art. When the final shot was executed, Trinh Do remained undefeated for the entire event (10 matches “total”) as he steadily captured the National “B” Championship title over a gracious and determined Mercedes Gonzalez.

The resounding success of this event was evident by all players and fans in attendance. Stay tuned for more USBA 3 Cushion action in 2018 and beyond!! 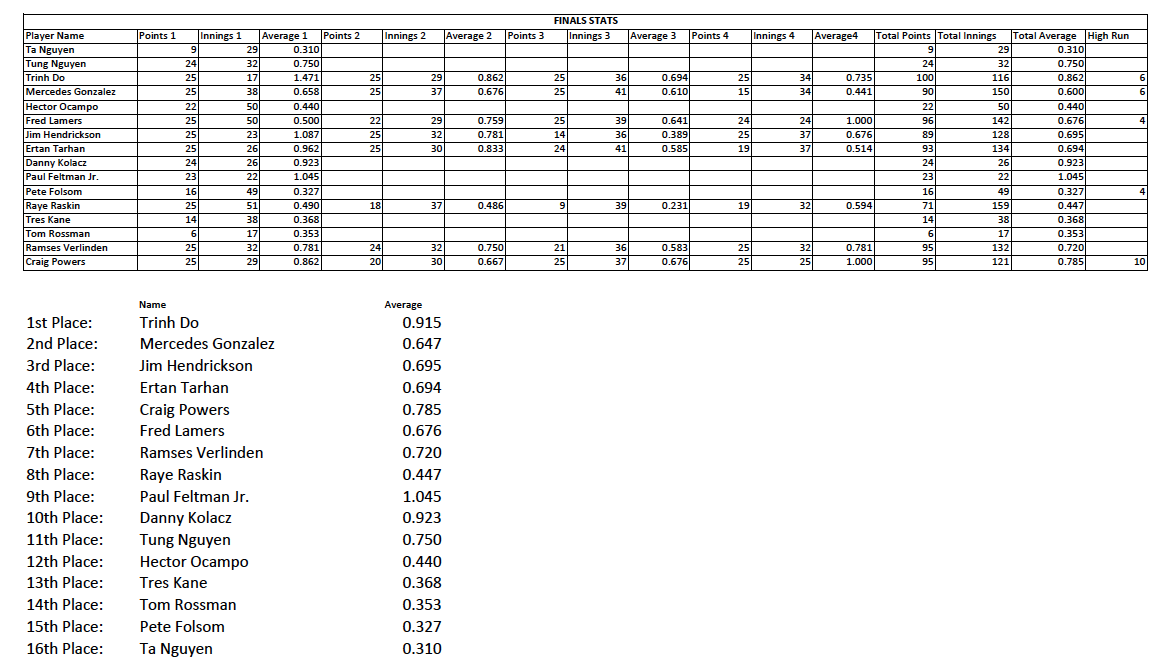 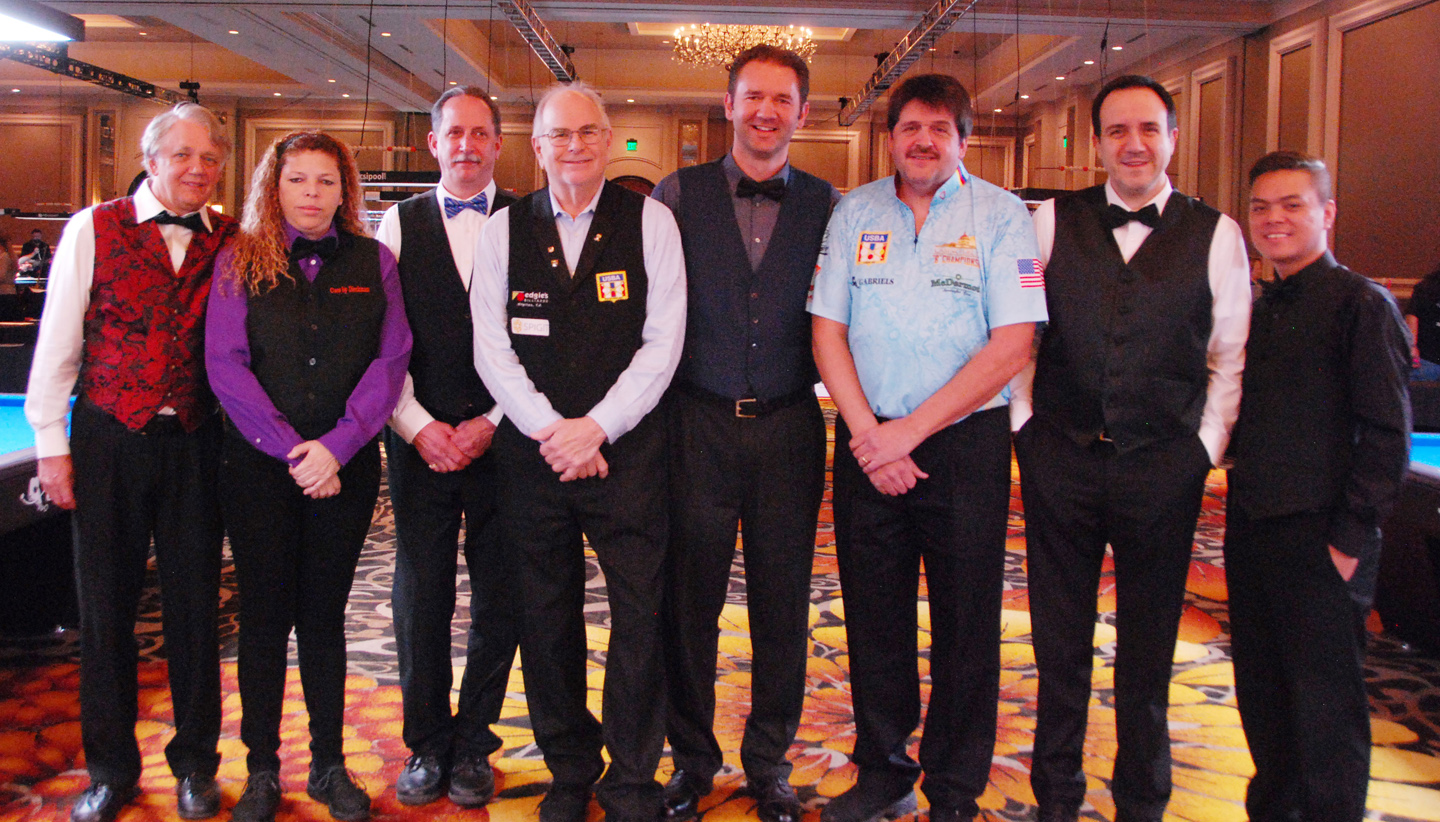 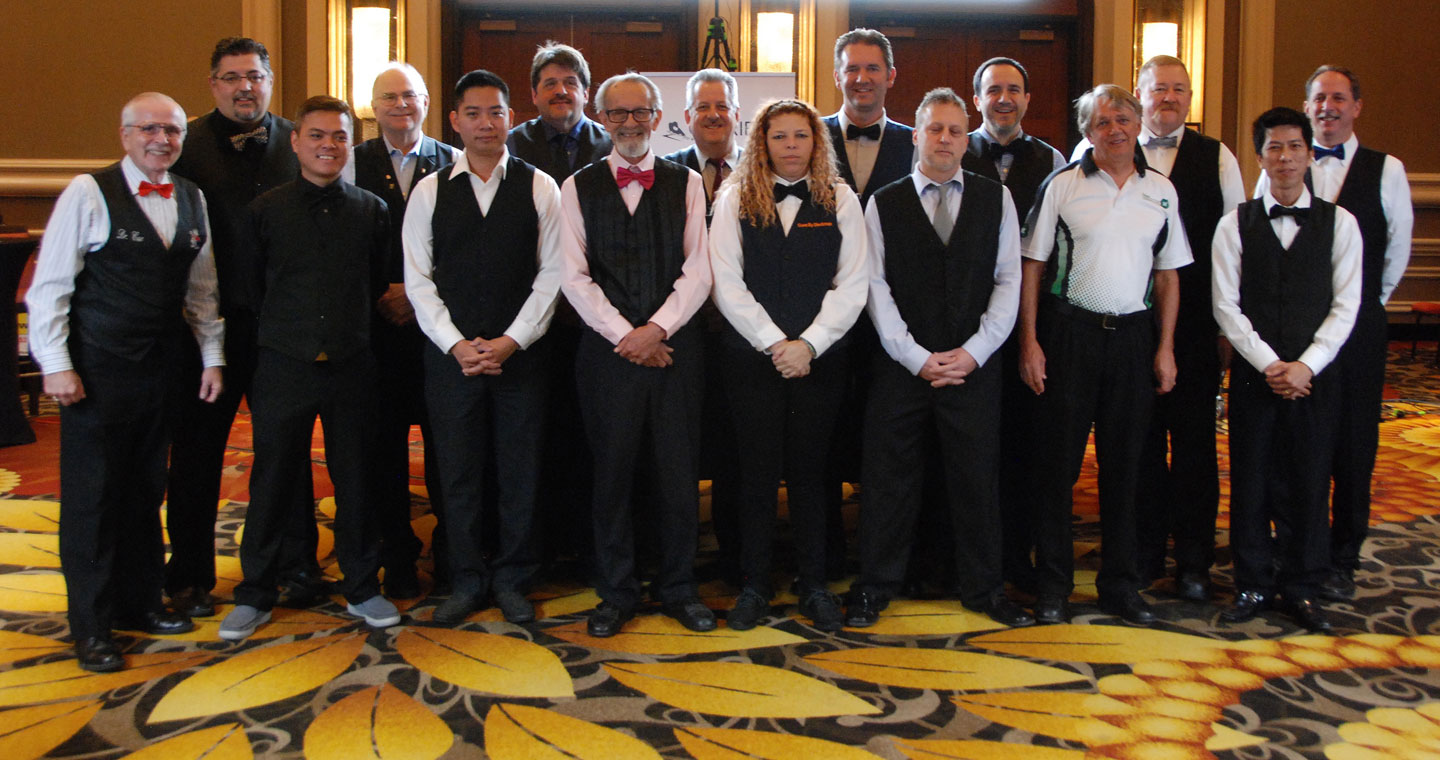 Preliminary charts are below