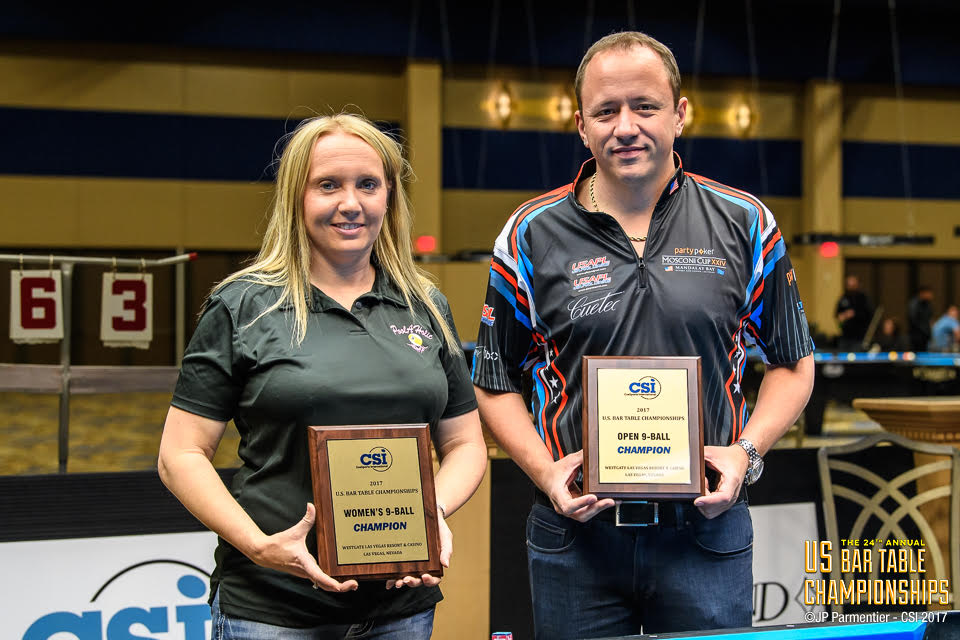 Van Boening, player representative for the USA Pool League, previously won the 9-Ball Division at the US Bar Table Championships in 2015, 2014, 2013 and 2010. On Tuesday, Van Boening earned second place in the 10-Ball Division. 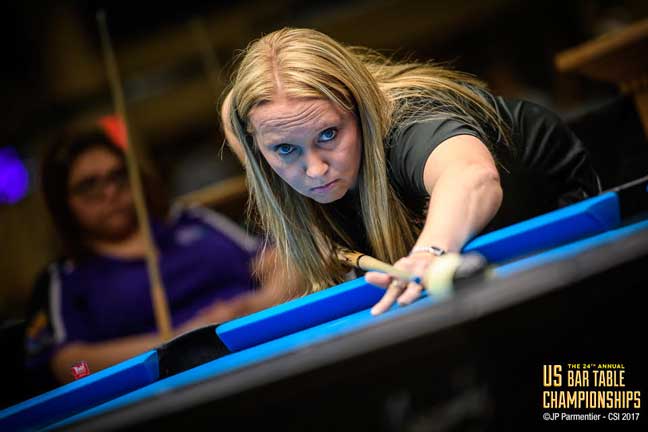 In the Women’s Division, Jessica Frideres added the title of USBTC 9-Ball Division Champion to her resume, to complete a trifecta of USBTC titles. Frideres, of Fort Dodge, Iowa, won the USBTC 8-Ball Division in 2013, and the USBTC 10-Ball Division in 2016. Frideres’ went into the finals undefeated, having bested Molly Oliver, 7-3 and Rachel Lang, 7-5, before beating Heather Cortez for the hot seat.

Cortez’s path to the finals included wins over: Trinh Lu, 7-4; Amanda Stevens, 7-1; and Rhonda Moses, 7-1, before Frideres sent her to the B-side of the bracket. Cortez then beat Trinh Lu, 7-4, to earn her place in the finals.

But Cortez’s efforts in the finals weren’t enough to beat Frideres, who beat Cortez 7-3 to earn the title.

The 24th US Bar Table Championships kicked off Sunday at the Westgate Las Vegas Resort & Casino. The 8-Ball began Thursday and continues through Saturday, Dec. 16.

For more information, contact Mary Coffman, CSI Marketing Manager, at 702-719-7665 or by email at mary@playcsipool.com.