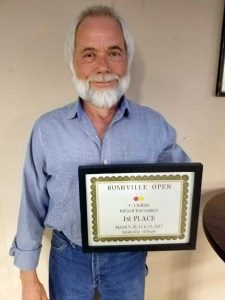 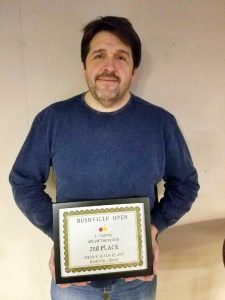 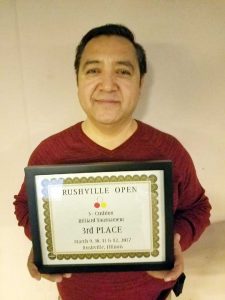 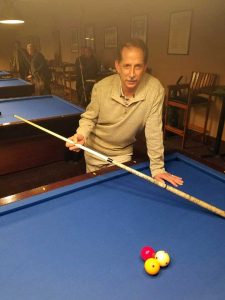 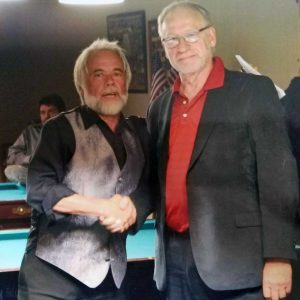 Tourn Directors, George Ashby & Gary Eake.  Also special thanks to Noel Mendoza for donating the Schuler Cue. Also Bill Smith for donation instructional DVD’s sets to the raffle and all the players and staff that help make this another great event.

The raffle winner of the Bill Smith DVD’s sets was John Jacobson from Marshalltown Iowa. Mr. Jacobson was not in attendance but another Marshalltown area player, 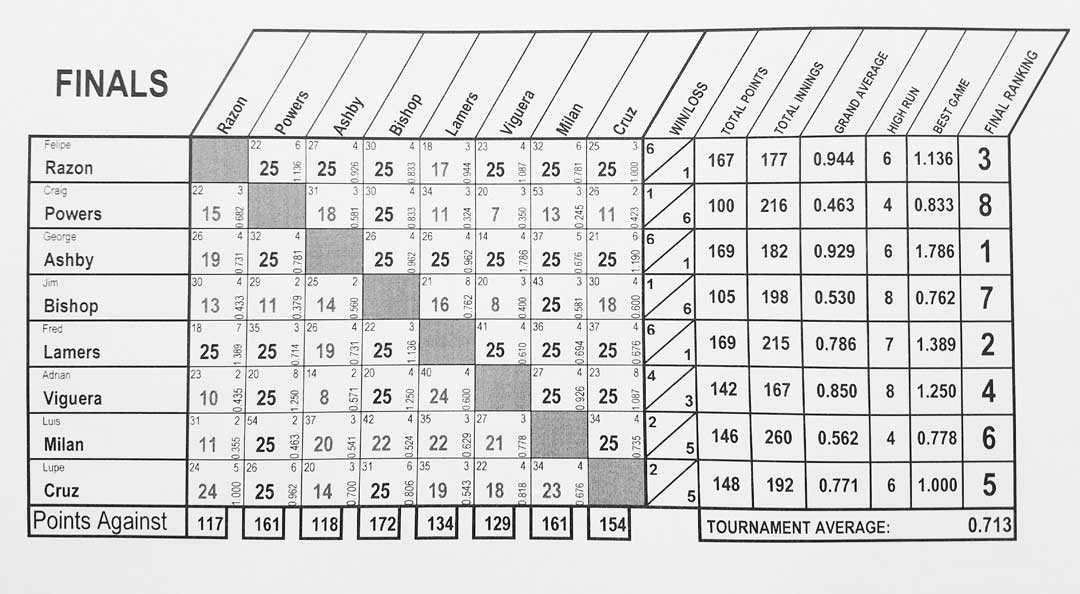 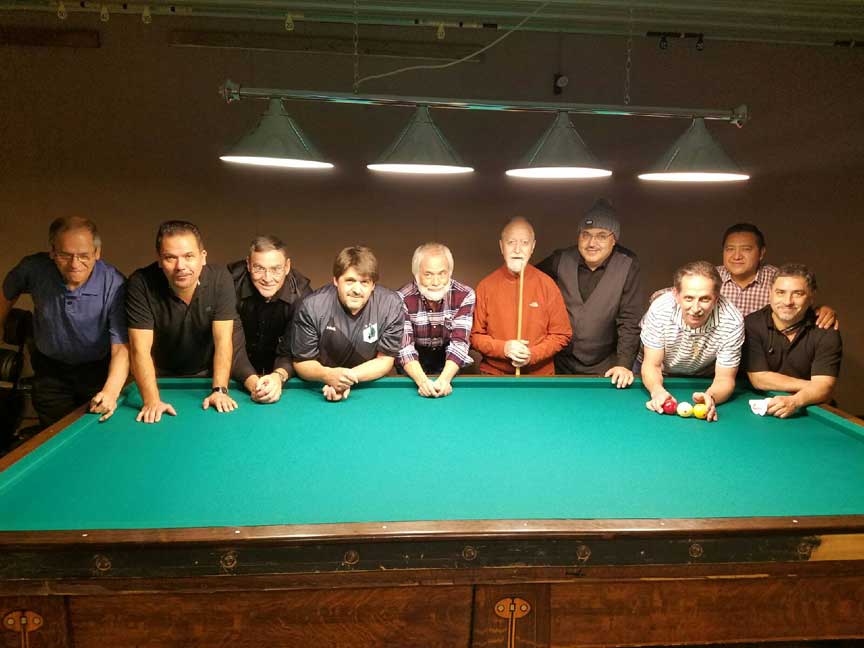 TOP 8 PLAYERS IN THE FINALS

Prelims are now over, see charts below

They were 30 Players that entered

Two from each flight advanced 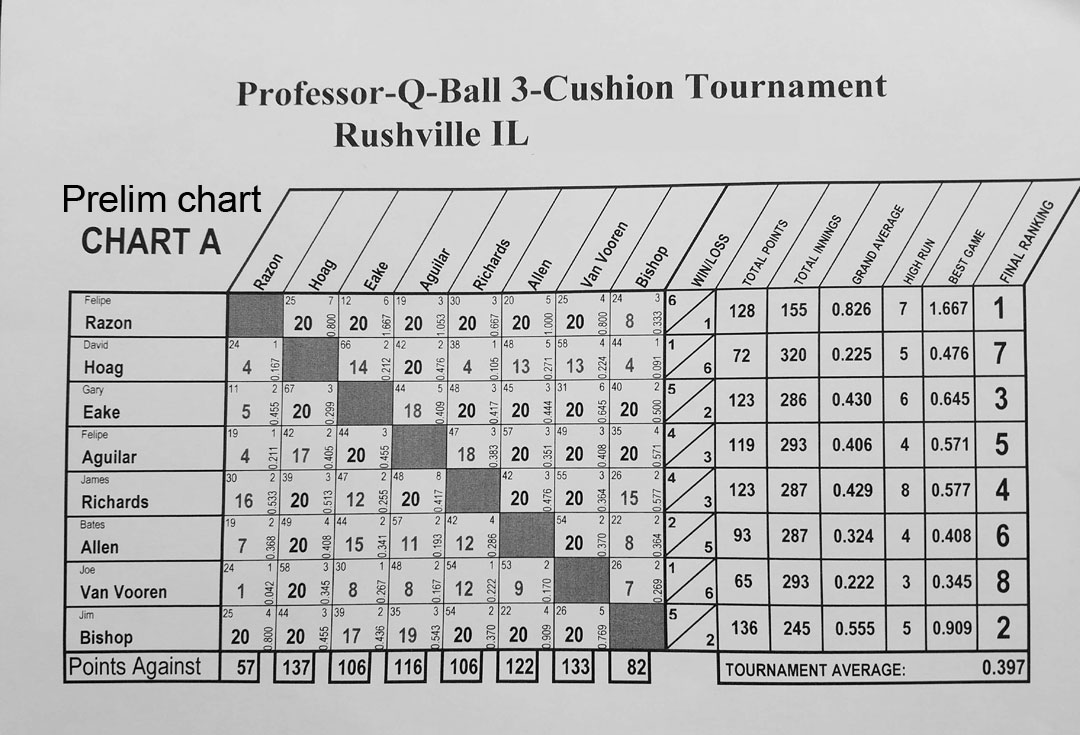 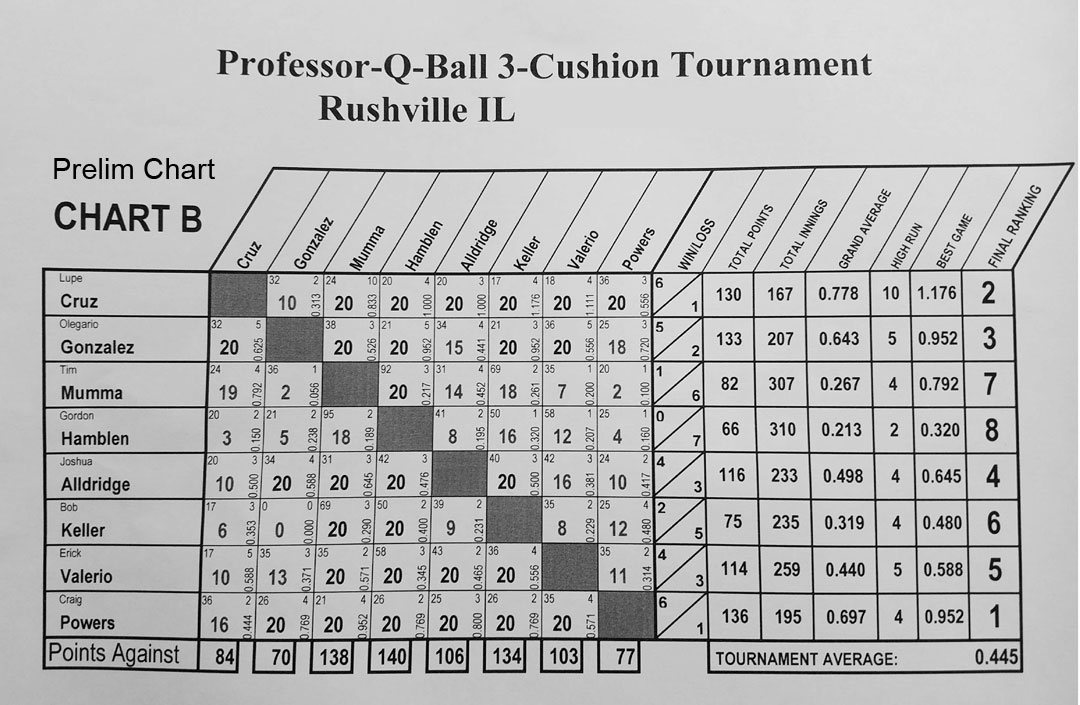 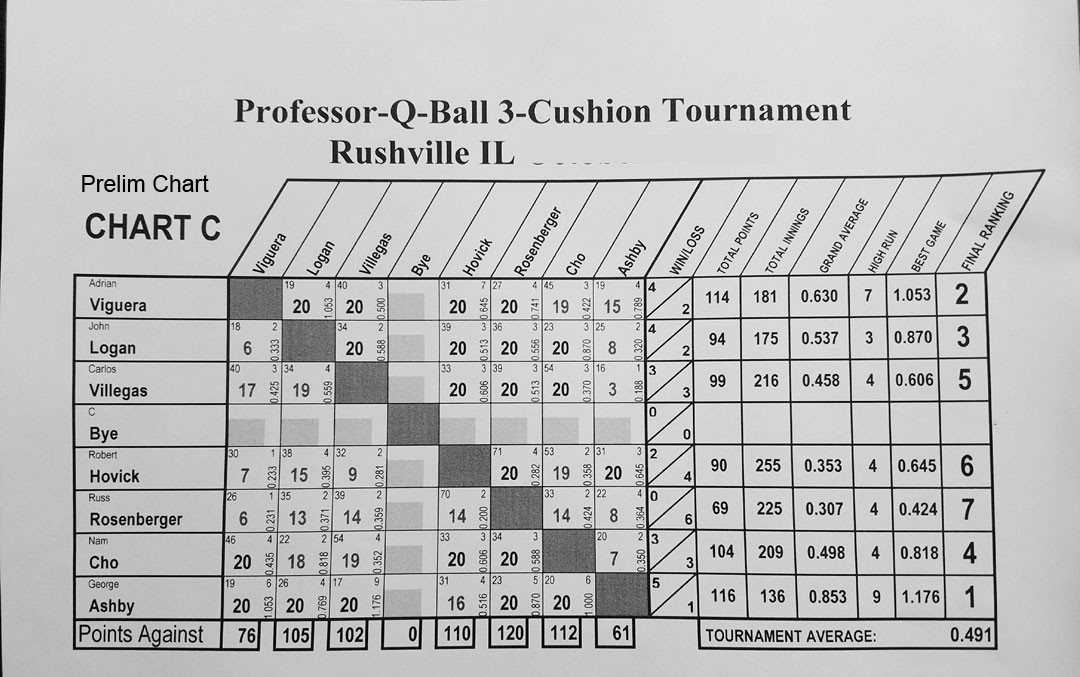 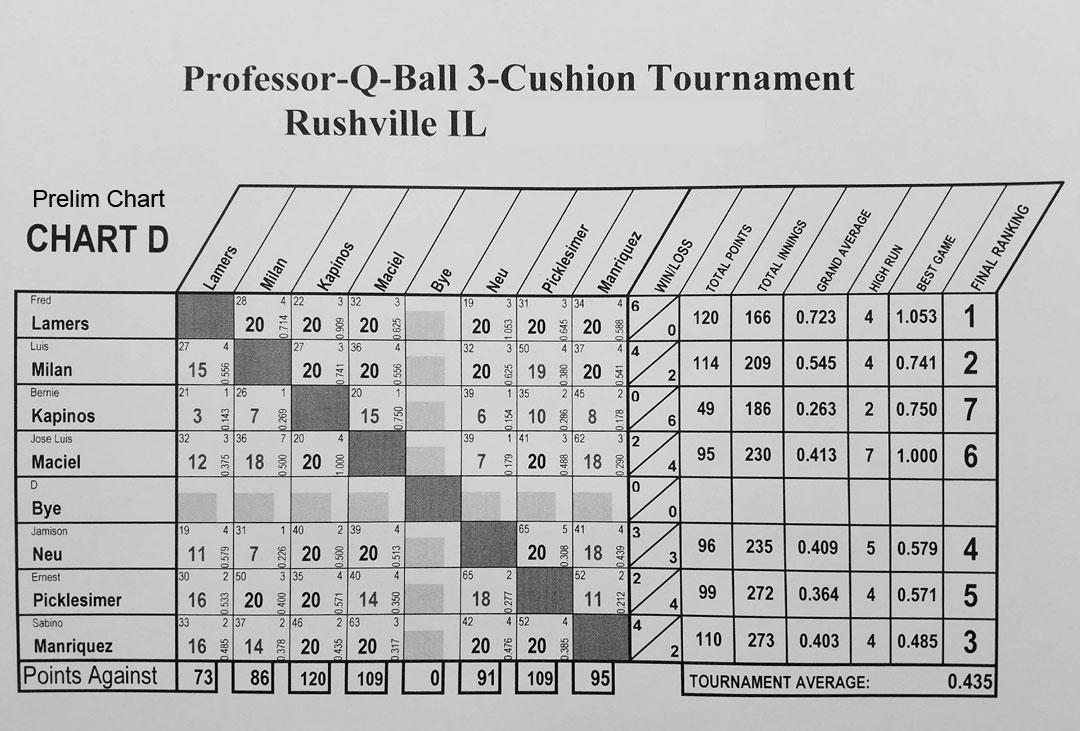