Wheelchair world champ shines along with Brits, Filipinos and Finns on a tough Day 1 at the World Pool Series in New York. 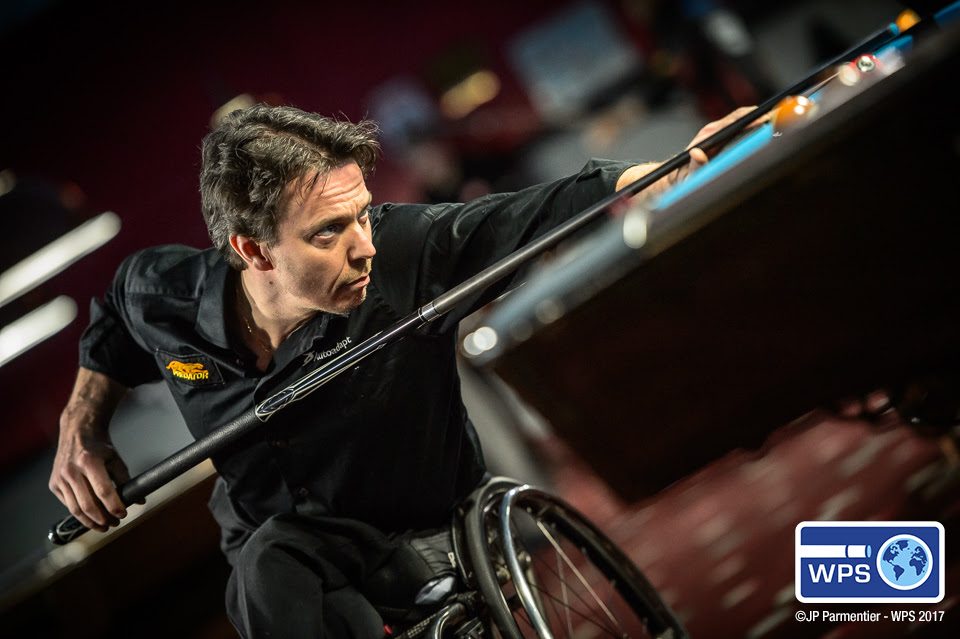 (New York City)-England’s Darren Appleton promised his fellow players that his new World Pool Series would give the players exactly what they’ve always wanted; a players’ centered tour with rules and a setup designed to test the world’s best pool players to the limits of their skills.

If the results of Day 1 of the tour’s first event, the Molinari Players Championship, are any indication, that promise has already been fulfilled.

Long races, pockets at a stingy 4.25 inches, breaking outside the center box, having to “take what you make” on the break, 3-foul rule, shootouts on hill-hill matches, and single elimination; these tweaks to traditional 8-ball rules all came together Saturday to prove that the world’s most popular cue game can truly be a hardcore test of pool. 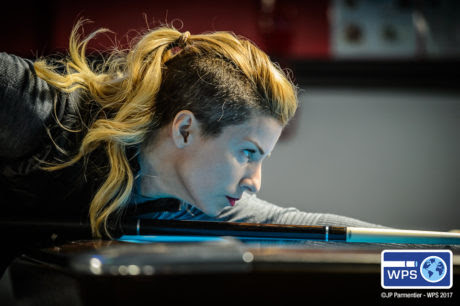 The USA’s Jennifer Baretta was one of two women players to win their matches against the men in New York today.

In a long grind of a day at New York’s famed Steinway Billiards in Queens that began at 10am and ended past midnight, 56 matches were completed with nearly the half the field already being shown the exit into the cold New York night.(8 top seeded players received byes.) The field is now down to the last 64.

With some matches taking over three hours to complete, it’s clear that stamina and patience will be of utmost importance. So will talent. Don’t expect any pretenders to make a claim on the $20,000 first prize to be handed out on Tuesday night.

It’s perform or take a hike, and even then there’s no guarantee, as American pool great Johnny Archer found out.  Archer and Finland’s unheralded Kim Laaksonen engaged in a back and forth battle, until the Finn pulled away at the end for a hard fought 13-11 win.

Laaksonen’s win wasn’t the only good news for Finland today and bad news for the USA. Petri Makkonen took down the USA’s Mike Dechaine by an identical score line. Both Finns move on while both highly regarded Americans are out.

Another Finnish player also advanced this time in dramatic fashion. Matti VÃ¤yrynen’s match with Frenchman Pierre Palmieri went to 12-12, and the two engaged in a thrilling shootout, will both potting pressure packed spot shots on the 8-ball until the Finn came out on top.

With a large field of Americans it certainly wasn’t all doom and gloom for the USA. Rodney Morris, Earl Strickland, Jeremy Jones, Max Eberle, Shaun Wilkie, Raphael Debreo and Jennifer Barretta all advanced.

Barretta was one of four women players entered into the field and one of two to make it through, along with Norway’s Line Kjorsvik. 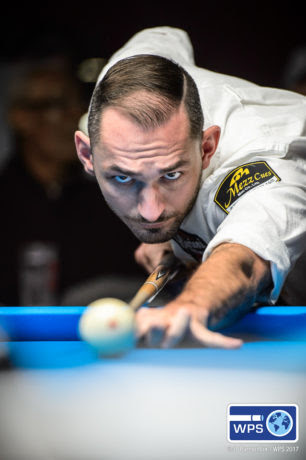 Appleton’s idea is to showcase the very best talent from all facets of the game, and this led to several wheelchair players being entered into the field, perhaps a first for professional pool. In what will surely be one of the feel good stories of year, Sweden’s Henrik Larsson, a four time WPA World 9-ball Champion wheelchair player, defeated able bodied Canadian Eric Horlfieson 13-9 to advance to the final 64. Larsson, who once had a run of 97 balls in straight pool, is a marvel to watch up close as he exhibits top tier position play and a super confident demeanor.

Fans looking for betting angles might want to pay attention to the British contingent over the next few days. The British lads, most of whom first cut their cue playing chops playing English 8-ball, put in solid performances today. 2010 World 8-ball Champion Karl Boyes handily defeated Ireland’s Sean Hoey, 13-3. 2-time English 8-ball world champion Chris Melling made a solid return to American pool with a 13-8 win over France’s Vincent Faquet. Imran Majid and Mark Gray all pulled through nicely. With Appleton and white hot Jayson Shaw getting byes, the Brits are almost sure to go deep into the championship.

Play continues at Steinway Billiards on Sunday beginning at 10am Eastern Time(GMT -5) with the round of 64 and 32. The last 16 and quarterfinals will be played on Monday. The semi-final and final will be held on Tuesday. 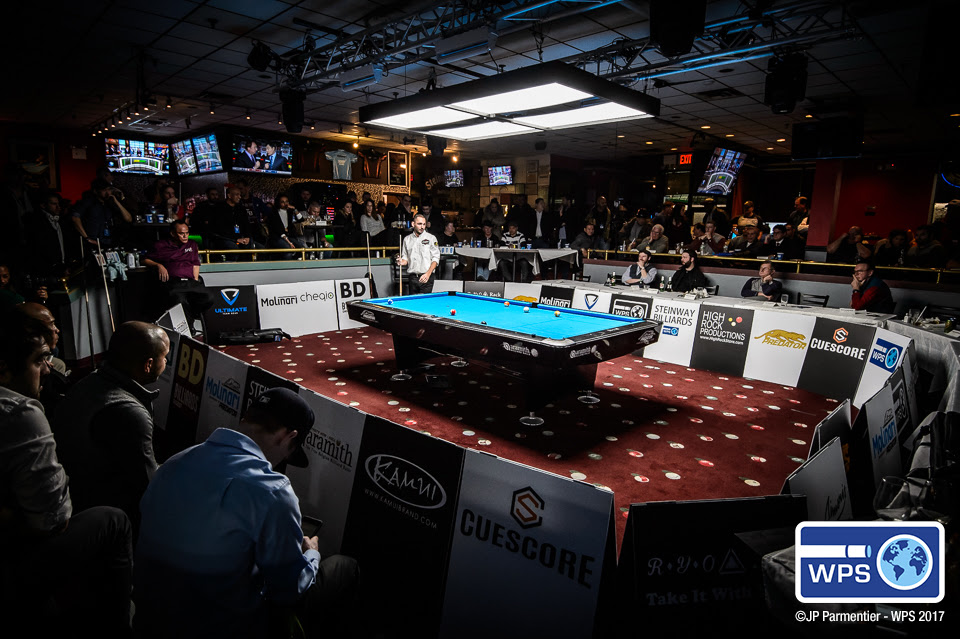