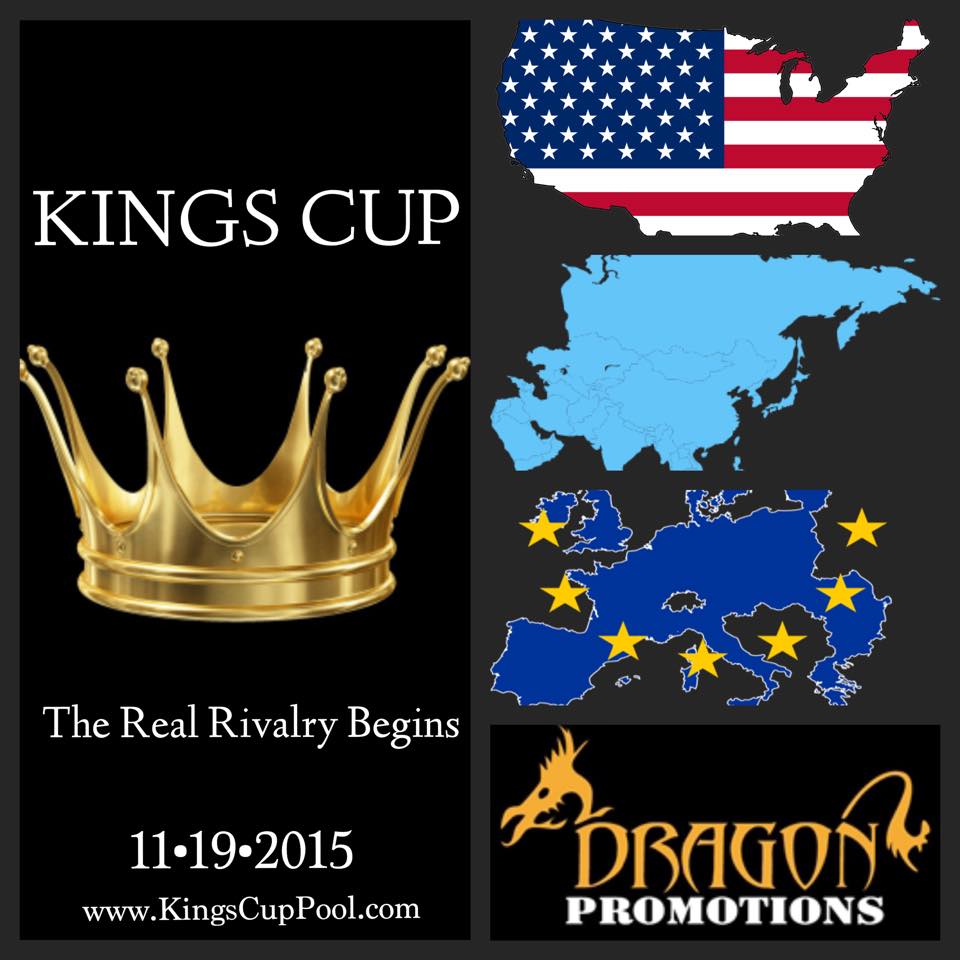 The undisputed #1 player in the world. Will Reigning “ª#”ŽWorld”¬ 9-Ball & 10-Ball Champion “ª#”ŽKoPinYi”¬ of “ª#”ŽChineseTaipei”¬ be the weapon Asia &”ª#”ŽEfrenReyes”¬ needs to defeat USA/Europe?The Legend begins…
Manila, Philippines- The pool world is about to get rocked in a war that fans have been dreaming about for years. Dragon Promotions is pleased to announce the Kings Cup, a first time ever event pitting the men’s champions of Europe & USA versus the champions of Asia in a three day contest to declare which side is the strongest, the East or the West. On November 19th-21st the world, as well as the players themselves, will find out! Four players on each side will be selected to represent their continent. The Kings Cup will be hosted by the award winning Resorts World Manila Casino & Hotel and produced by Dragon Promotions.

“We are thrilled to have these world champions from around the globe for the inaugural Kings Cup,” said Stephen Reilly, Chief Operating Officer, Resorts World Manila. “This will be a historic event — with Asia going against Europe and USA for the very first time — that will truly put the country on the sporting map for the duration of the tournament and beyond. RWM, as a strong advocate of the Filipino talent, is proud to support this major tournament that will showcase and reinforce the Philippines’ contribution to the game of billiards.” Resorts World is one of the largest and most successful casino chains in the world.

The Queens Cup was broadcasted worldwide and exceeded ratings expectations. Many predict that the Kings Cup is going to be a gigantic hit as it touches upon the rivalry between the East and the West.

“The Kings Cup is a great concept. East and West are very closely matched in the world of pool, which is not common in other sports. It will be great to see how the hemispheres collide on the table. For sure the games will be very competitive”, says Bob Guerroro renowned football and billiards TV sports commentator and sports writer for Rappler.com.

Hot of the heels of the Queens Cup earlier this year, Dragon Promotions and Resorts World Manila is continuing the hot streak of international billiards in Asia

The format of the Kings Cup will follow in the footsteps of the successful Queens Cup. Teams will play in versatile styles including singles, doubles, triples, and quadruples each of the 3 days of the men’s competition.

“Why fix something if it’s not broken? That was our philosophy when developing the Kings Cup. The format of the Kings Cup was the evolution of numerous team events we have produced in the past from the United States, South Korea, China, and the Philippines. The media and fans loved the Queens Cup format, and more importantly the players loved it. And that’s important for the event to be dynamic. I truly feel this is the best format there is for a team event in this sport”, said Charlie Williams, Executive Producer of the Kings Cup. Williams was a 16 year veteran on the pro tour who created the formats for such hits as the World 14.1 Championship and the Queens Cup.

The big question will be who will be selected for the honor this year to represent both sides.

“The Kings Cup is an event that has been 3 years in the making. We are really excited to announce the player selection. And we promise that no pool fan is going to be disappointed”, explained Cindy Lee, CEO of Dragon Promotions.

An interesting dynamic will be the teaming of European and Americans together for the first time ever as one unit.

“That part I’m really excited about seeing. I know the top Americans have been getting beat on pretty good in international competition when it comes to teams, so I think this is going to be completely different. Which is a good thing I’m predicting”, said Williams.

And about Team Asia?

Lee adds, “Oh, it’s going to be a powerhouse team. Something I think that none of the players on the Western Team can say they’ve ever faced before. It’s going to be a scary challenge for both sides” 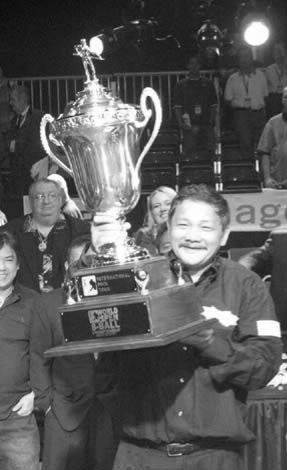 Billiards is considered to be a national sport in the Philippines, and the atmosphere for national sports is always electric in Manila!