The Principles of Defense

The Principles of Defense 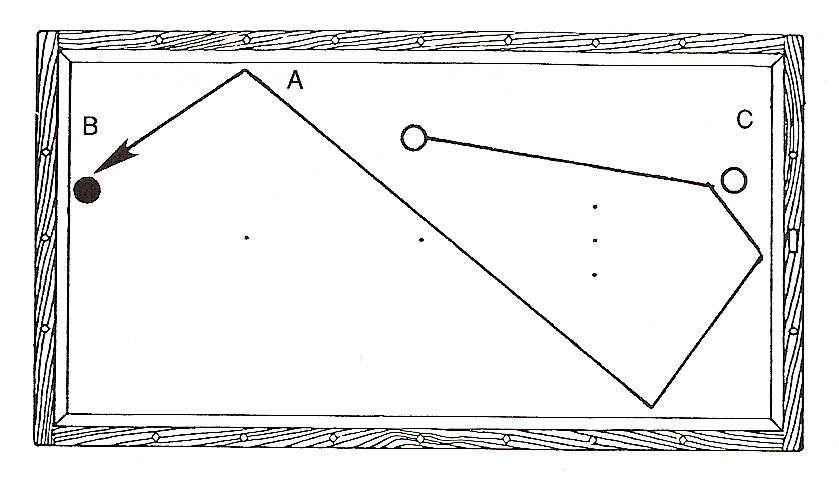 Good defensive strategy, absolutely essential to winning in three-cushion billiards, is hardly ever mentioned in the scanty literature in a game. Defense in billiards consists of far more than simply playing “easy to the red” and its corollary, “hard away to the white.”

It is a simple matter to leave your opponent’s cueball at one end of the table and two objects balls at the other.  The trick is to still do that and make the point.

Some general rules: Don’t die to close to the red or you’ll leave a decent bank. Forget safety play on “big ball” shots and standard naturals. Don’t relax on shots that have a safe leave built into them-try to score. Early in the game, if you are hitting the ball well, ease off on the safety play and try to bury your opponent with points.

The easiest way to make the shot in Diagram 103 is with a half-ball hit, which banks the white ball to the sellout end of the table. To avoid that, there are two hits to think about in positions of this type: thick and thin. A feather-thin hit, cutting the white toward point c with maximum right english to put the cueball on a scoring path off the first rail, will leave your opponent far from his work if you miss. Or you can hit the white full with follow and slight right english, banking the white to point b and back to c. In both cases the cueball can be made to die near the red.