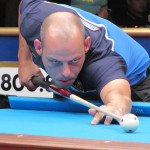 American 14.1 was held once again at Diamond Billiards, Midlothian, VA Oct 22-25 with a sterling field of many of the world’s strongest Straight Pool players.   A total of 40 players began the opening two days Round Robin of 8 balanced flights of five players each, playing four matches with the top three of each flight advancing to the final two days Single Elimination. The first attached is result for the Round Robin with the 24 players advancing to the final two days Single Elim. listed in bold.  As expected all 8 of the A seeded players advanced, along with 4 of the B players.  This result was not unexpected as the flights were very balanced with many strong players in the BCDE tier.

The elimination round was again seeded based on W-L and ball differential as shown on the 2nd attached.  Four of the finest 14.1 players in the world advanced to the semi-final round.  In the semi-finals games played to 150 current World Champion, Thorsten Hohmann, 4x World 14.1 titlist, bested the great Philippine Champion Warren Kiamco, while Hall of Fame Mika Immonen lost a hard fought match to our 2015 American 14.1 Winner, Darren Appleton.  This would set up a rematch between the same two 2015 World 14.1 finalists, Hohmann & Appleton.

In the final match to 150 following the break and safety play, Appleton ran 17 but a secondary break shot left no shot and no safety.  He took three intentional fouls to bring the score to -1 for both World Champions. Darren then ran to more racks, 27 to -1, before turning the table over to Thorsten.  More safeties followed before Hohmann ran 56 and Appleton two more racks. The score stood at 86-81 Appleton when he made the next break shot but was left tough and missed.  Thorsten came to the table and finished the rack but missed the break shot scattering the table for Appleton who proceeded to run  64 and out.  A heartbreaking loss for Thorsten but always a gracious opponent; such is the classic game of Straight Pool.  Another well deserved great win for World Champion Darren Appleton, his second in a row in Virginia. 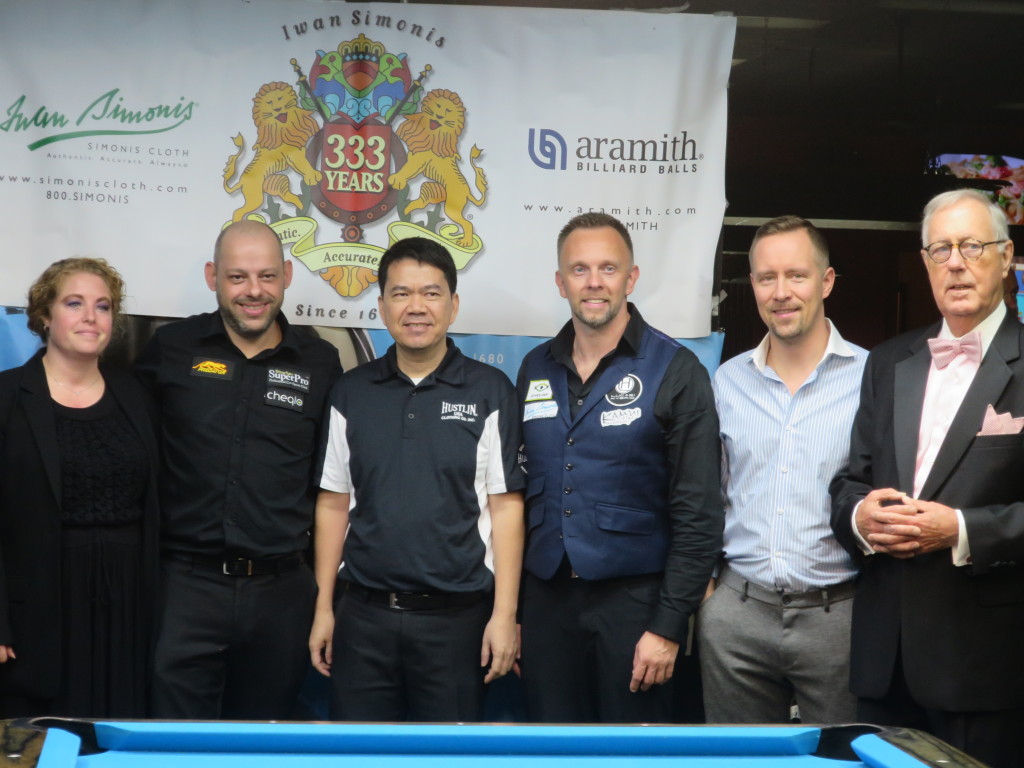 Next year Darren tries for three straight when the American 14.1 Straight Pool Championship returns in 2016 to Diamond Billiards the week prior to the U.S. Open 9 Ball.  We thank all of our Sponsors and  Nathan Sulinski, Bob Jewett, Ivan Lee and Simonis & Aramith, and Diamond Billiards, Thomas Dorsey and all of his employees for this terrific event. Special thanks also to our tournament Director Ms. Megan Fort and Deputy Directors Andy Lincoln & Michael Frank. The beautiful game of 14.1 is alive and well! 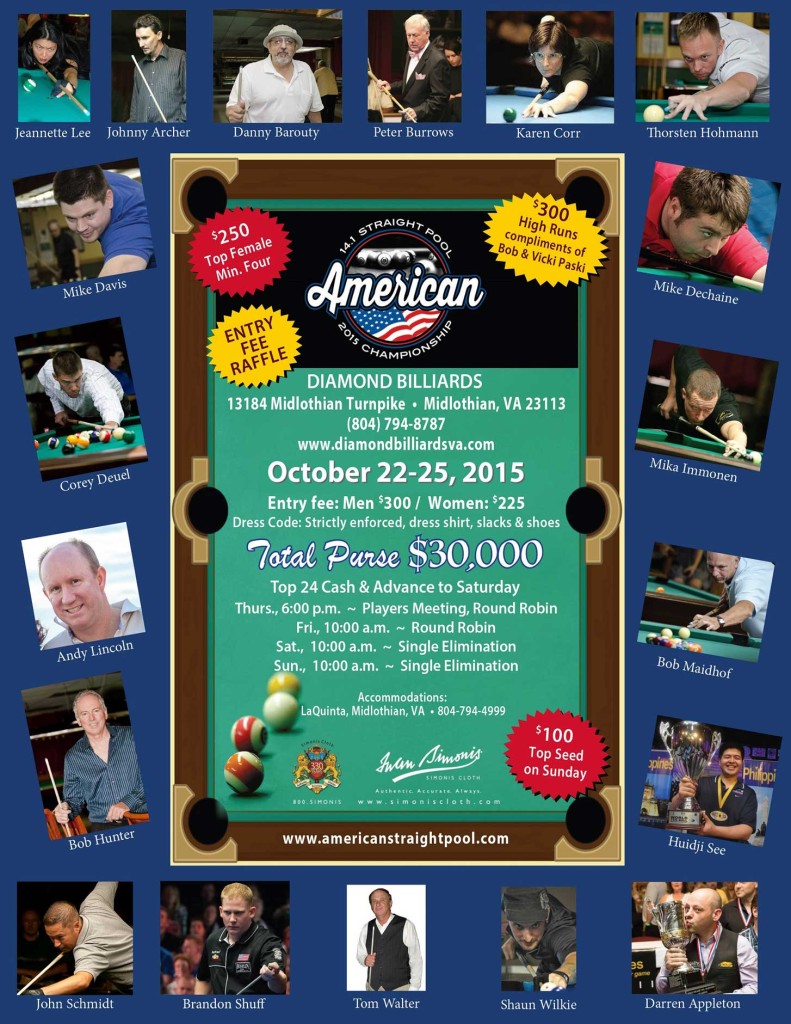