Appleton and Boyes make up the Euro five for Blackpool

WITH JUST OVER five weeks until the start of the 21st annual PartyPoker Mosconi Cup, Darren Appleton and Karl Boyes are named as the final two members of the European side charged with defending the title at the Tower Circus, Blackpool from 1st to 4th December.

With seven previous Mosconi Cup appearances between them including six on the winning side, both players bring plenty to the table as Team Europe look towards their fifth consecutive win in the annual Europe v America 9 ball battle.

Appleton, who made his debut in 2009 as Europe crashed to defeat, has been an ever-present in the side since, racking up a 52% win percentage from 29 matches.

Commented Appleton, “I’m so excited to be picked! The last few days have been so stressful and I’ve not slept very well. I’ve been thinking about it every minute of the day since the US Open and I feel the Mosconi Cup has taken over my life – it’s that big and that exciting.

“The Cup brings something out of me I can’t explain – emotion and passion. So I really pushed myself these past few months to do what I could to give myself a chance of a wild card.

“Earlier in the year I was considering taking a break from pool to focus on other things that were important, but I forced myself to go tournaments and push hard all because of the Mosconi Cup, so to finish the last couple of months way I did and make the team makes me very grateful, relieved, thankful, emotional, honoured and proud.”

For Blackpool man Karl Boyes, it’s a dream come true to be representing Europe in front of a huge crowd of his home town fans. The 30 year-old will be making his third appearance in a blue shirt and sports nine wins from 11 matches (82%) after being part of the winning side in 2010 and 2013.

“After last year’s event in Vegas it was announced the 21st Mosconi Cup will be in Blackpool and it was that moment I decided to base my full season on qualifying to play in pool’s biggest tournament representing Europe in front of my friends and family who all live close by.

“This will be an amazing moment in my career. I have taken my little girl there to watch the circus and the arena is perfect for the Mosconi Cup and its European fans. I’m sure they won’t let us down and be louder than ever and boy, that room will be loud!”

WITH THE 22nd annual PartyPoker World Pool Masters set for the Portland Centre in Nottingham from Friday 14th to Sunday 16th November, promoters Matchroom Sport have assembled a star-studded field from around the world to contest one of the sport’s most prestigious events.

16 of the best pool players in the world will be gathered in the heart of England to try and add their name to the pantheon of all-time greats who have held the Masters trophy aloft.
There is a $66,000 prize fund at stake and World Champions, US Open Champions, European Champions as well as the very best players from all four corners of the globe will be vying for the Masters crown.

Defending champion and reigning WPA World 9 Ball winner Niels Feijen will be back to defend his crown. Also aiming for his first ever Masters title is Shane Van Boening, who just made history as he won his third consecutive US Open title and fourth overall.

Home hopes will rest with four players who have all had great seasons one way or another. Darren Appleton is the most titled player in UK pool history with two US Opens as well as two WPA World Championships on his resume. Karl Boyes, who along with Appleton won the recent World Cup of Pool, is a former WPA World 8 Ball Champion.

They will be joined by Chris Melling, who is also carving a name for himself on the World Snooker Tour, and Mark Gray who earlier this month qualified for his second Mosconi Cup appearance.

With a field of 16 players there are 15 matches in total – all races to eight racks and culminating in the final on the Sunday evening.  The draw and schedule will be announced shortly.

Tickets are priced at a £10 for the evening sessions and £5 for the afternoon sessions. Both prices include a booking fee.

The Masters will once again sport a $20,000 top prize, and the event will be produced by Matchroom Sport Television who will be making 15 x 1 hour programmes of the tournament for international syndication. 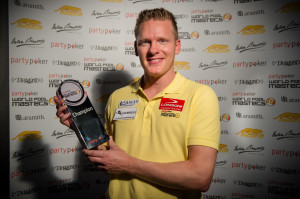 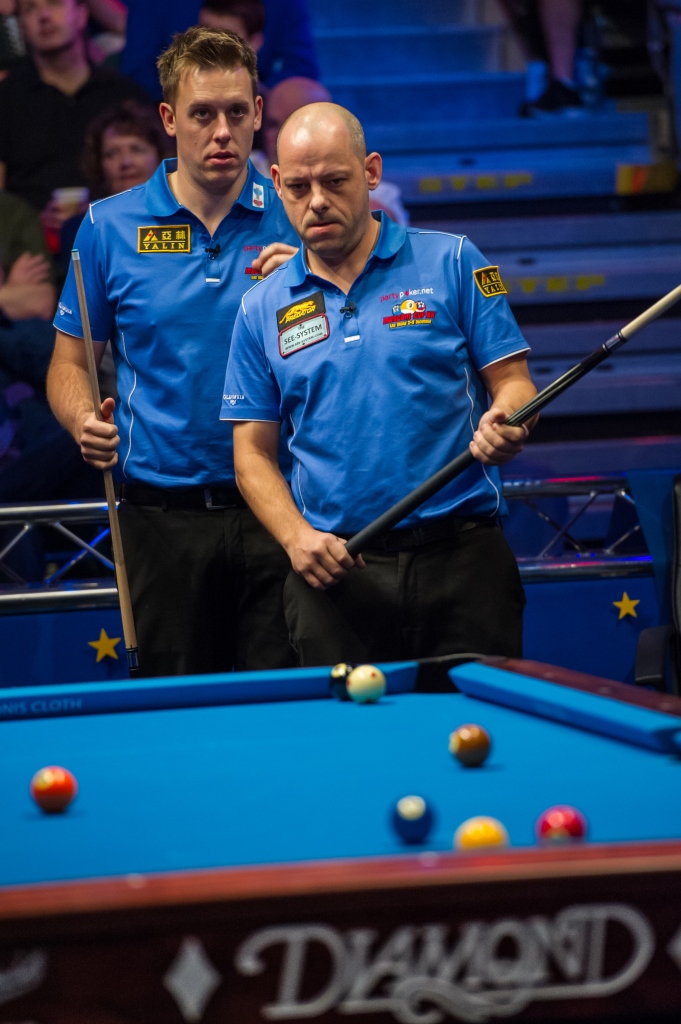