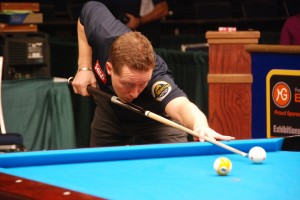 Immonen, born in London, but raised in Finland, was the European 9-Ball Tour’s No. 1 player at 20. Four years after capturing his first major international title – the 1996 Peace Cup in Taiwan -Immonen settled in New York City. A year later, he won the World Pool Championship in Cardiff, Wales, topping a star-studded 128-player international field and grabbing what was then pool’s richest top prize – $65,000. Immonen was a dominant player throughout the 2000s, winning 10 pro titles in the U.S., including back-to-back U.S. Open 9-Ball Championships crowns (2008, 2009). He added his second world title when he won the 2009 World 10-Ball Championship. Billiards Digest named Immonen “Player of the Decade” in 2010. Immonen has added a handful of major titles since 2010, including the World Cup of Pool doubles crown in 2012. He has also played as a member of Team Europe in the Mosconi Cup 14 times, and was named MVP in 2008.
“This is really amazing,” Immonen said, when the Billiard Congress of America Hall of Fame call interrupted a practice session at Amsterdam Billiard Club in Manhattan. “I’m a little beside myself right now, with goose bumps. After last year (in which Immonen lost to Jeanette Lee in a special Hall of Fame run-off]), I knew I had a chance. But you never really believe it until it’s real.” 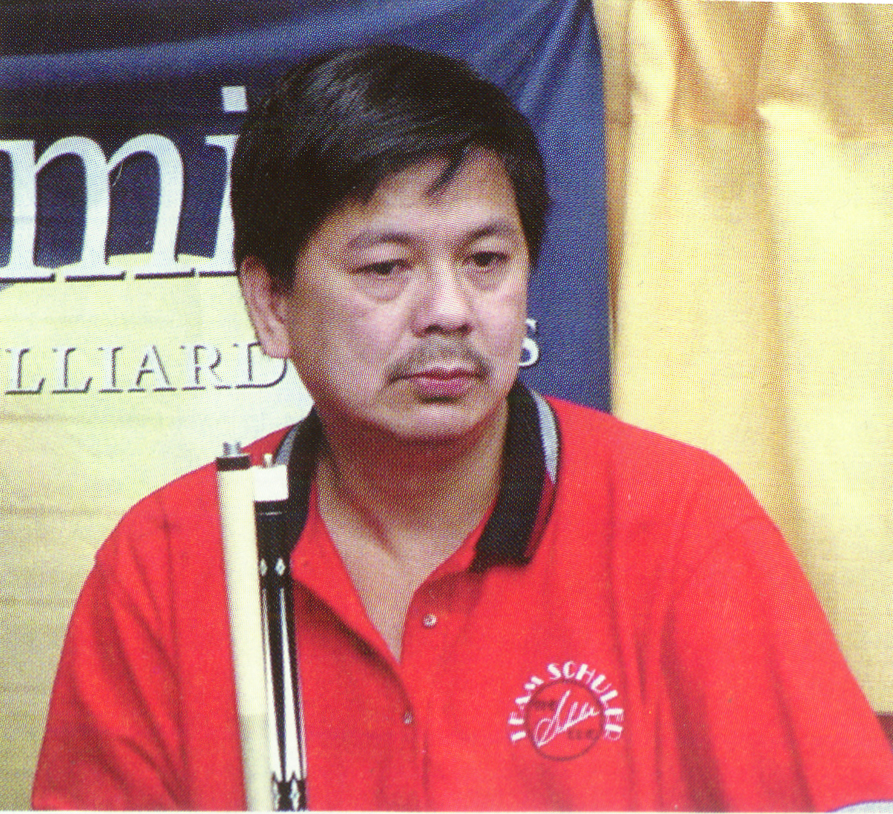 “When I was younger, I had dreams and goals,” he added. “It’s a timeline, and the Billiard Congress of America Hall of Fame was on that list. Obviously, that goal takes time. I wasn’t in a big rush to be recognized as an old geezer, but it’s nice to be in the Hall of Fame at 41.”
Parica becomes the second player elected to the Greatest Player wing of the Billiard Congress of America Hall of Fame through recommendation of the Veterans Committee. (The Veterans Committee considers players who failed to be elected through general voting prior to turning 60. Players recommended by the Veterans Committee are put on the final ballot. Election is confirmed with a 50 percent approval from the Voting Members of the Hall of Fame.) Following a distinguished career in the Philippines, where he gained a reputation as the pool-crazy island’s money-game king, Parica arrived in the U.S. He won his first pro tour title in 1986, at the Clyde Childress Open.
After a sabbatical from the game (1992-1996), Parica returned to the Camel Pro Billiard Series with a vengeance, winning a pair of tour titles. His consistent play throughout the year also earned him the $50,000 Player of the Year (POY) bonus award to the tour’s top points earner. The points title came down to the semifinals of the year’s final event, when Parica battled Buddy Hall in a match that determined which player would claim the POY award. Parica topped Hall, 9-7. Parica continued to rank among the game’s top players well into the 2000s, winning Derby City Classic titles in 2001, 2002 and 2003, including Master of the Table in 2002.
“It has been a long time to wait,” said Parica, when told of his election. “For many years, I didn’t think the people from the BCA knew who I was. I was always asked about my record. I won many major tournaments in the U.S. They commented about my gambling, but what pool player doesn’t gamble? But it is a great honor,” he added. “I’m very happy.”

Voting for the 2014 BCA Hall of Fame was conducted by the USBMA Hall of Fame Board, which consists of USBMA members, elected At-Large members and living members of the Billiard Congress of America Hall of Fame. Induction in the Greatest Players category is awarded to the player named on the most ballots. A second player is elected if both players are named on more than 70 percent of the ballots. To be eligible for consideration in the Greatest Players category, a player a) must be 40 years old by Jan. 1 of the year of their induction; b) must have a professional playing career of at least 10 years; and c) must have recorded significant achievements in U.S.-based events.
Immonen, in his second year of eligibility, was named on 75 precent of the ballots. Germany’s Oliver Ortmann was named on 33 percent of the ballots, and Gerda Hofstatter was named on 27 percent. Belinda Calhoun, Kim Davenport, Mary Kenniston, Jeremy Jones, Rodney Morris and Vivian Villarreal each received votes on less than 25 percent of the ballots.
About United States Billiard Media Association
Founded in 2007, the United States Billiard Media Association (USBMA) is a non-profit association dedicated to elevating the visibility and status of billiards in the media at large. The USBMA consists of professional print, radio, TV, public relations and Internet media persons who cover cue sports. One of the association’s main functions is electing of billiard media
members to the Billiard Congress of America’s Hall of Fame Board for the purpose of nominating and electing players and notable figures to the BCA Hall of Fame.
About Billiard Congress of America
Founded in 1948, the Billiard Congress of America is a non-profit trade organization dedicated to growing a united, prosperous and highly regarded billiard industry through Billiard Congress of America leadership. The Billiard Congress of America seeks to enhance the success of its members and promote the game of billiards though educational, marketing and promotional efforts, annual industry trade shows and other programs designed to encourage billiards as a lifestyle and make pool everybody’s game. For more information, visit www.bca-pool.com or call 303.243.5070.