2nd March
First Four Qualify for Vegas
Ex World Champ is First Man Through
QUALIFICATION for the ‘Race to Vegas’ got underway in February and so far four players have won their way through to take their place in the starting line-up of the 2010 PartyPoker.net World Pool Masters.
This year sees the event restructured from a 16 player invitational into a 64 player event with approximately half the players qualifying and the other half invited.

In the opening qualifying event which took place on Sunday 14th February at the Leader Club Billard in Sucy en Brie, Paris, it was Germany’s Oliver Ortmann who took the top spot to book himself a trip to Vegas. 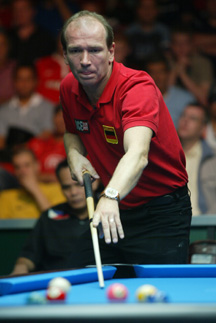 In a strong field that followed on from the Euro Tour stop that week, the 42 year-old Ortmann beat Japan’s Yukio Akakariyama to take victory. The 1995 World Champion now joins countrymen Ralf Souquet and Thomas Engert for a crack at the Masters crown.

To emphasise the strength of the line up, beaten semi-finalists were England’s recently crowned World Team Champion Karl Boyes and Bruno Muratore of Italy.

The following Saturday 20th February, it was Holland’s Hudji See who made it through via the qualifier at Thurston’s in Rotterdam, Netherlands. See, currently ranked No.27 in Europe, was a runner-up at the 2007 World Straight Pool Championship and this will be his Masters debut. 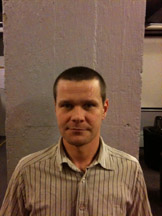 The Dutchman won through 11-9 in a thriller against Belgium’s Serge Das. The match was finely poised at 8-8 before the 28 year-old See pulled away.

On Friday 26th February, the cream of Norwegian pool came together at the Oscar Kong Pool Club in Bergen and it was Tron Engebakk (Norway) who won through to take the Vegas trip. 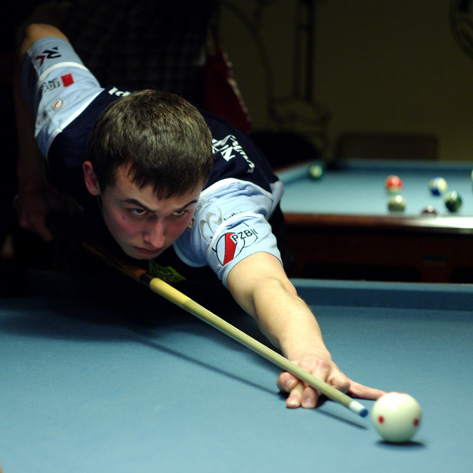 The 19 year old from Kielce was a silver medallist at the 2008 European Junior Pool Championships and he took the honours, defeating Wojciech Trajdos, a former winner on the Euro Tour, 9-5 in the final.

It was a sterling performance from Rozwadowski as the line-up in Lodz contained such names as Mateusz Sniegocki, Radoslaw Babica and Mariusz Skoneczny, who are ranked 5, 22 and 26 in Europe respectively.

Working with an array of respected partners around the world, the qualifying events take in France, England, Scotland, Holland, Belgium, Norway, Poland, Romania, Sweden, Russia, Spain, Canada, USA, Australia, Malaysia, Taiwan and Japan. This will give every pool player in the world the opportunity to win a trip to Las Vegas and mix it with the world’s elite in the Masters.

Each qualifying event will carry an entry fee and have, in most cases a maximum field of 32 players. The winner of each event wins a trip to Vegas, to include flight and accommodation, to compete in the Masters and there are cash prizes for high finishers depending on entries.

The formats for the qualifying events are determined by the local organisers and all qualifiers, dates and contact details are listed on www.matchroompool.com.

After 17 years as a 16-player invitational competition, the Masters, one of the longest established tournaments in pool, has moved to 64 players and will run from Wednesday, May 12 to Sunday, May 16, will take place at the Riviera Hotel and Casino, Las Vegas, Nevada.

Working in conjunction with Cuesports International, the Masters takes place during the annual BCAPL National 8-Ball Championships, which sees thousands of players and fans flock to the Riviera for a lengthy festival of pool.

The first two days of the main event in May feature double elimination play on a multi-table set-up as the field reduces from 64 down to 32.

The event then goes to single elimination and the last 16 is played out in a single table arena setting in front of the TV cameras, culminating in the final on the evening of Sunday, May 16.