Chicagoland TAP, an amateur pool league, was established in July 2012 by Jemal Elmore. Its mission is to: 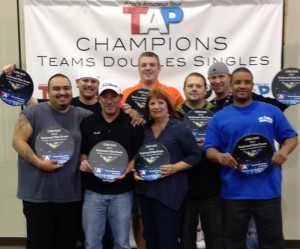 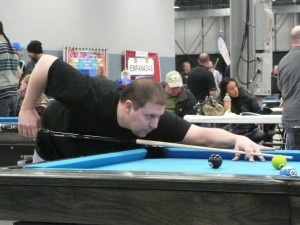 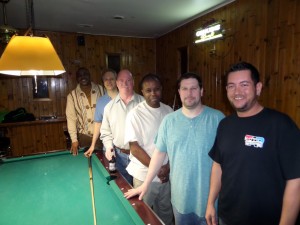 The goal of Chicagoland TAP League is to provide opportunities pool aficionados are unlikely to find with other pool league franchises. The differentiator for the Chicagoland TAP franchise is the combination of prizes being offered. These include: a 25-point handicap system; play no slop; cash at the end of the season; trophies at the end of the season; patches throughout the season; ability to earn a free trip to the national tournament; ability to play at the national tournament even if you go on your own.

Although Chicagoland TAP franchise is a league member of the TAP national organization, it has the liberty to establish opportunities that focus on the needs of the local participants. Other leagues hold their tournaments in Las Vegas every year; however, as an added perk, the TAP national organization holds its annual national tournament in different cities across the country. The 2013 nationals were held in St. Charles, IL; the 2014 nationals are scheduled to be held in Dallas, TX and the 2015 nationals will be held in Nashville, TN. The Chicagoland TAP franchise is an active participant in the national tournaments and is a local title holder, having had a team qualify for the tournament and win during its first established year.

Chicagoland TAP has three sessions each year as follows:

Cash tournaments called the Titleholder are held at the end of each session and the national qualifying tournament is held annually during the summer.

The Chi-Town Hustlers also enjoyed success at the 2014 Rally in Edison, held in Edison, New Jersey, in April of 2014. They took 3rd-4th Place out of 192 teams. Scott Kimmel took 4th Place in the 5 Handicap Bracket for the Singles Tournament.