The 2016 US Open 8-Ball Championships became a Dakotas Duel Monday when Shane Van Boening, ‘The South Dakota Kid’ met Rory Hendrickson, of Fargo, N.D., in the finals of the prestigious tournament.

The men have known each other for years, and the mutual respect was apparent as the match got underway with a handshake and smiles before the lag.

Then things got serious on the table as Van Boening and Hendrickson, the house professional at Fargo Billiards, went to work.

Van Boening is undisputedly one of the best players in the U.S. and, therefore, expected to grind through a tough field to make it to the finals of a tournament. But after losing in the first round, 7-9, to Taylor Anderson, Van Boening had to take the long road to the finals. He posted wins over: Steve Register, 9-2; Kyle Pepin, 9-1; Greg Harada Jr., 9-4; Chris McDaniel, 9-5; Shane McMinn, 9-5; Thorsten Hohmann, 9-6; Francisco Bustamante, 9-8; Amar Kang, 9-8; Josh Roberts, 9-6; and Jesse Bowman, 9-4. 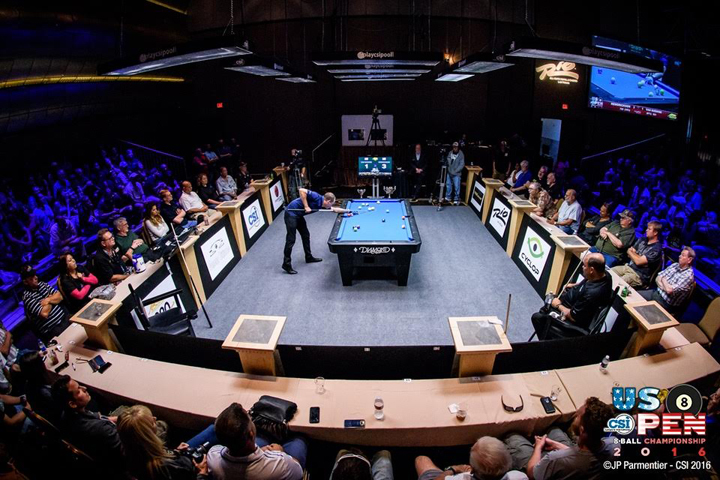 The US Open 8-Ball Championship is a true open tournament. Any player willing to put up the entry fee is allowed to play and the championships traditionally attract the top players in the world. The tournament is being played with Cyclop balls on 7-foot Diamond tables covered with Simonis Cloth.

The final standings in the tournament were: 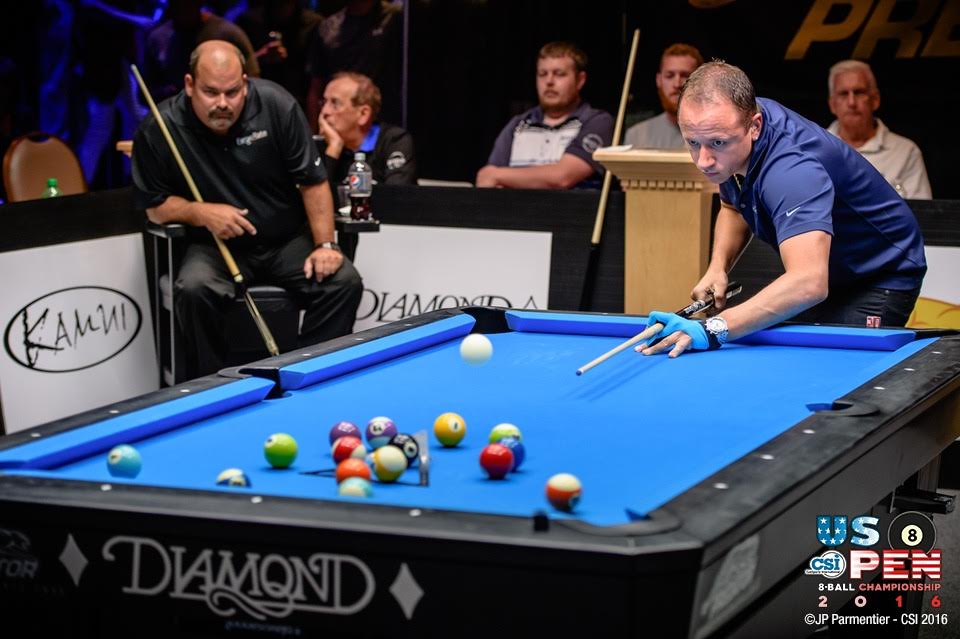 The 2016 US Open 8-Ball & 10-Ball Championships were held in conjunction with the 40th BCAPL National Championships, which is taking place through July 30 at The Rio All-Suite Hotel & Casino. The event features more than 5,000 amateur players representing 47 states, nine Canadian provinces and 11 countries, competing in approximately 40 divisions, on 300 Diamond pool tables. The annual tournament will also include about 50 exhibitors. The Rio All-Suite Hotel & Casino is the official host venue. Other sponsors include Viking, Kamui, Omega Billiards, Cyclop, Diamond, Simonis, and Predator.

For more information, photos, or to set up interviews, contact Mary Coffman, CSI Marketing Manager at 509-308-9814 (cell); or by email at maryc@playcsipool.com.