WPBL FINALS: VICTORY FOR THE OUTLAWS

The World Professional League played their first league championship at the WPBL Arena in Las Vegas, NV Friday February 13, 2014 which was broadcast live in the US via ESPN3. The final match-up had the #2 seed Minnesota Outlaws facing off against the league’s #12 seed the Atlanta Scorpions. 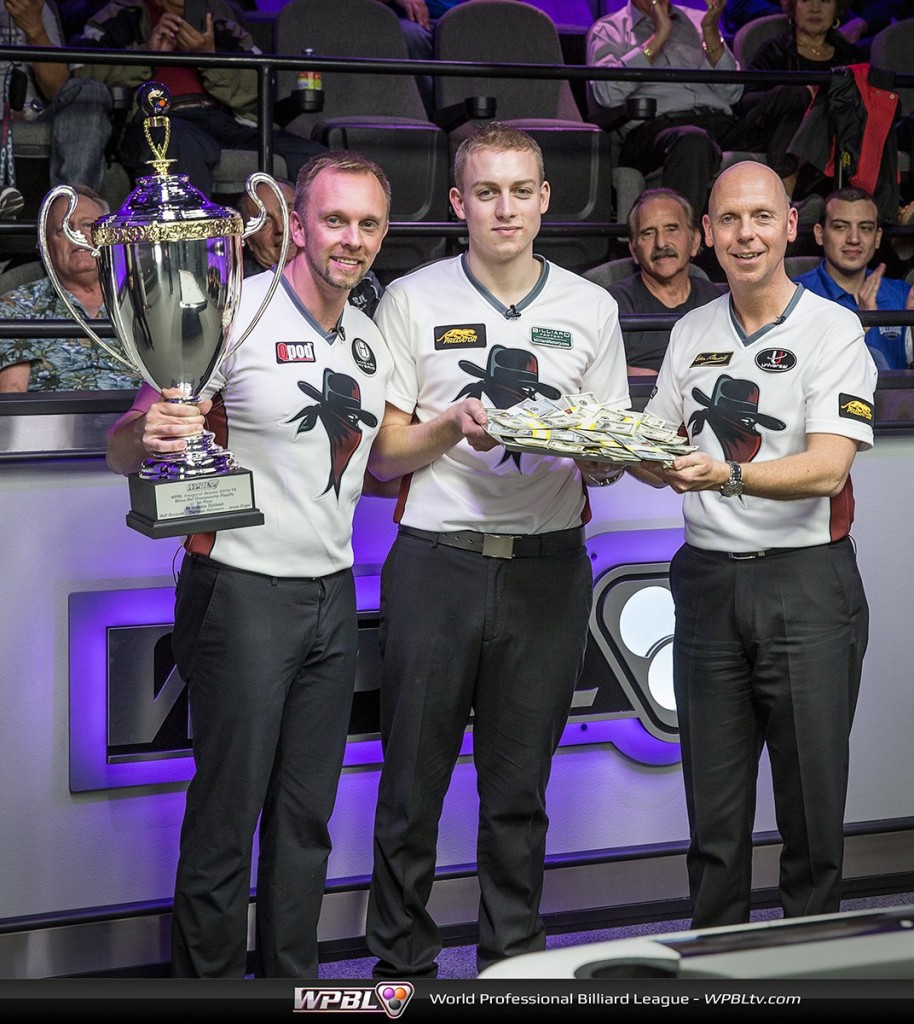 The inaugural season’s first championship was not without some pomp and circumstance. Opening ceremonies included the singing of the National Anthem and displaying of the championship trophy that the winning team would take home. Johnny Archers’ Atlanta Scorpions who are not without superb talent, were league underdogs going into the match facing one of the most consistent teams throughout the season Thorsten Hohmann’s Minnesota Outlaws.  In the end, the Outlaws proved too tough for the Scorpions as they held on to win the first WPBL Championship. The night capped off with the Championship trophy presentation and the Outlaws being presented with the $30,000 grand prize in cash.

Jesse Engel’s regulation win over Shannon Daulton in the final singles game of the match gave the Minnesota Outlaws the first ever World Professional Billiard League Championship. Daulton needed a win in either regulation or a shoot-out to give Atlanta a chance to tie or win the match in the final game, but he committed a critical scratch with time winding down that would be his last shot of the match, as Engel ran his score to 30 a short while later.

But the most devastating scratch of the day came a game earlier, when Dennis Hatch was on the verge of a 30-0 shut-out of Ralf Souquet. However, after sinking the bonus ball shot that would have given him a 30-0 win, the cue ball glanced off the rack and straight into a corner pocket for a scratch that wiped away his shut-out bid. The shut-out would have made the score 6-5, instead Hatch only picked up a single point in a shoot-out to make the score 6-3, forcing Daulton to win the final singles game to keep Atlanta alive.

Minnesota jumped out to a 3-0 lead by opening the match in 3 on 3 with a shoot-out win, then Thorsten Hohmann and Souquet handily defeated Archer and Hatch 30-3 in the first doubles game. Atlanta won the final two doubles games in shoot-outs to pull within 3-2 at intermission, setting up Hohmann’s shut-out of Archer to open singles play, giving Minnesota a 6-2 lead.

The Outlaws took home one fourth of the $120,000 awarded to the twelve teams in the league that participated in the WPBL post season playoffs, where the final 3 matches were seen live on ESPN3.

Follow the WPBL as we move into our offseason we will still continue to make additional announcements and updates. For a complete listing of standings, statistics, merchandise and more visit the WPBL website. 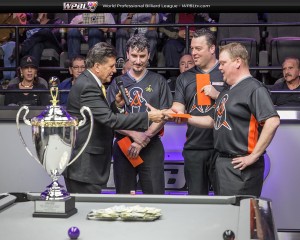