They were 13 women players competing and when it came down to the final 3 it was  Amy Acerra and Janeen Gardner on the loser’s side both from Memphis TN.

In the hot seat it was Amanda Wilder from Brentwood, TN. 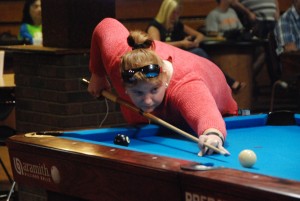 46 player’s in Men’s Division down to final 6

When it came down to the final 3 it was Josh in the hot seat. Tim and Nick played to see who will battle it out

to play Josh O’Neal. Nick won and had to beat Josh O’Neal twice, and that is exactly what he did. 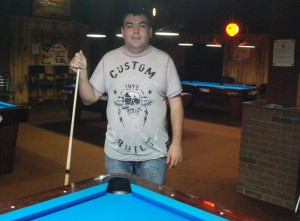