CueSports International, Henderson, Nevada (March 3, 2013) – The 20th US Bar Table Championships final divisions concluded Sunday, March 3rd at the Grand Sierra Resort and Casino in Reno, Nevada. Jason Klatt from Canada and Jessica Frideres from Iowa fended off their respective and highly competitive fields to be crowned the champions in the USBTC men’s and women’s 8-ball divisions.

The 2013 USBTC proved to be all about diversity as no one player dominated the entire week. Heading into the final three days and switching from 9-ball to 8-ball, thus far the men had seen Dennis Orcollo from the Philippines take the men’s 10-ball event and Shane Van Boening from the US  rip through to win the 9-ball event. In the women’s side, Canadian Brittany Bryant claimed first in the 10-ball and Rebecca Wagner from the US won the 9-ball event.

In the hotly contested men’s 8-ball group which was a race to 5 and double elimination, every break, safety and roll counts. With 205 players vying for a chunk of that divisions $20,800 prize fund and a board swarming with current and former national and world champions, who would come out on the final board was anyone’s guess.

There were 55 players in the Women’s 8-Ball Division – the largest field to date since the separate women’s divisions were added in 2010. In the women’s finals match, Wagner came close to taking two titles this year, but was thwarted by Frideres who capitalized on a couple of key errors made by Wagner. Frideres won 4-2. In 3rd place was Mary Rakin and 4th place was Vivian Villarreal.

In the week long bonus point and award competition the top three men were: Dennis Orcollo ($3,000), Shane Van Boening ($1,000) and Rodney Morris ($500). The women’s bonus points were a tie between Rebecca Wagner and Vivian Villarreal with the two women splitting the bonuses equally ($375 each).

The 2013 USBTC was produced by CueSports International (CSI) and sponsored by the Grand Sierra Resorts and Casino. Live streaming was provided by The Action Report with commentary by Ken Schuman (www.theactionreport.com) and tournament direction by Bad Boys Billiard Productions with CSI. To view the entire payouts for the 8-ball divisions and all the brackets for the 20th US Bar Table Championships visit www.ctsondemand.com

Payouts for the Men’s 9-Ball Division of the 20th US Bar Table Championships (below is up to 9th – 12th. Player were paid to 64th place) 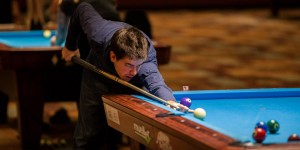 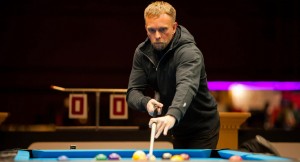 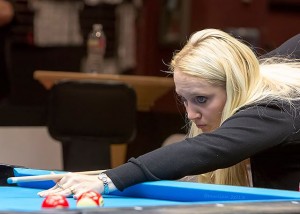 CueSports International is dedicated to creating more choices for all players. In the past 8 years CSI has directly paid out $8,000,000 to players. CSI is the parent company of the BCA Pool League and the USA Pool League. CSI also produces independent events such as the US Bar Table Championships, the Jay Swanson Memorial, the US Open One Pocket Championship, the US Open 8-Ball Championship and the US Open 10-Ball Championship. Visit www.playcsipool.com, www.playbca.com, and www.playusapool.com for more information about CSI and its divisions.