One Pocket legend Ronnie Allen was originally from Oklahoma, and it was there he first developed the makings of a good player. In his teens Ronnie found his way to California, where he discovered the very active pool scenes in San Francisco and Los Angeles. He won the very first tournament he ever entered, Cochran’s One Pocket tournament of 1962, which included a veritable who’s who of early One Pocket. 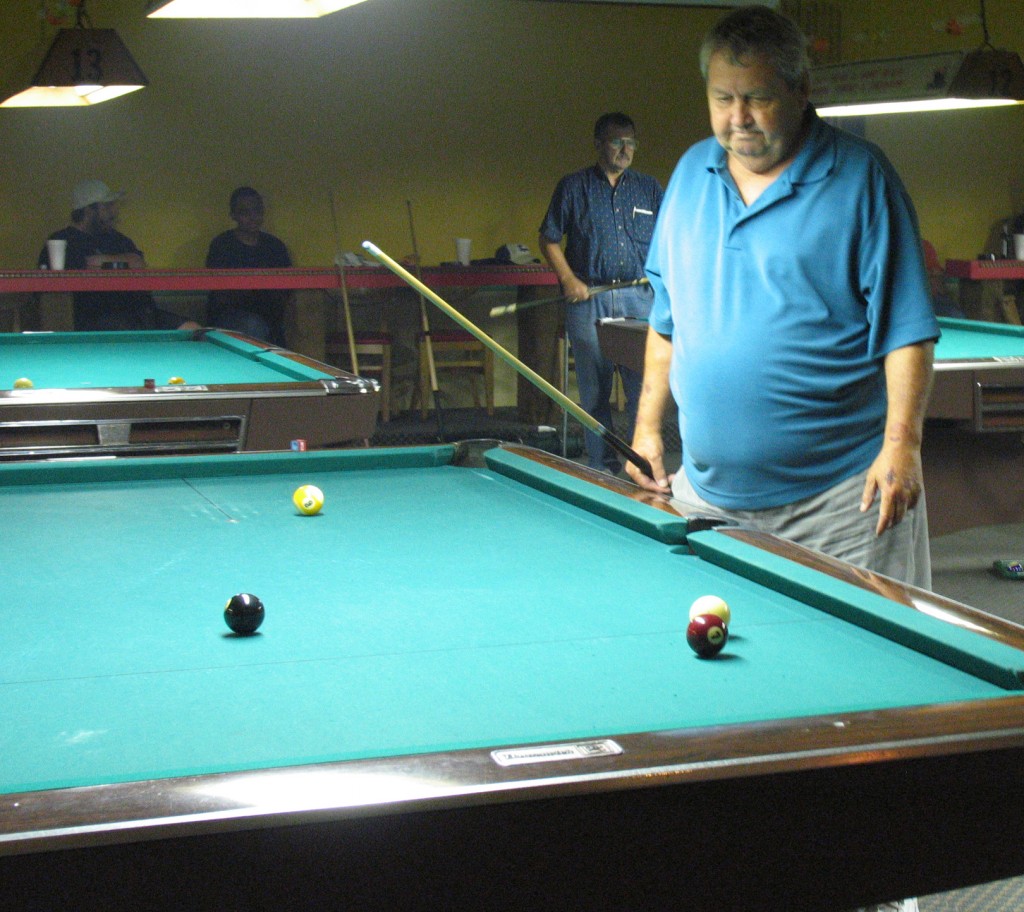 As a tournament player, Ronnie won major One Pocket events over three decades:

As an after hours player, Ronnie was the dominant One Pocket player for nearly twenty years, from the mid 60’s to the mid 80’s. His flamboyant style at the table was as popular with the spectators as it was overwhelming to his opponents. During those peak years, it took a rare player to face Ronnie even; nearly everyone could get a ball or two — or more.

Ronnie also developed a very strong one-handed technique. Many players who hesitated to step to the table with him in normal fashion were enticed to take him on, their two hands to his one, only to find he shot nearly as well one-handed!

Credited with inventing ‘power One Pocket’, Ronnie was famous for his creative shots that aggressively moved several balls at once away from his opponent’s pocket and towards his own. His entertaining and exciting style of play came as quite a contrast to the conservative style employed by most of the top One Pocket players when Ronnie first burst on to the One Pocket scene. His exciting style has inspired many of our younger generation of players, which has made the game itself more entertaining for countless fans.

Ronnie was elected into the One Pocket Hall of Fame in 2004 for his outstanding contribution to the legacy of the game of One Pocket. 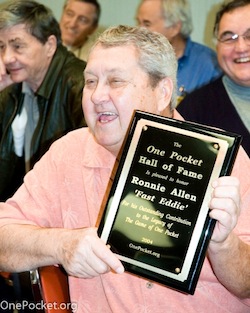