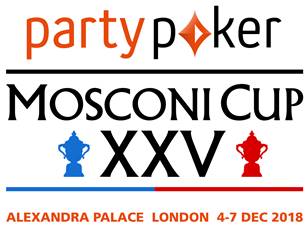 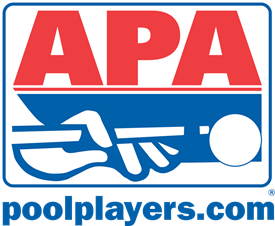 MATCHROOM MULTI SPORT is delighted to announce that the American Poolplayers Association (APA) has once again signed on as the main sponsor for Team USA for the forthcoming partypoker Mosconi Cup which takes place at the Alexandra Palace, London from Monday 4th to 7th December.

Team USA will all be sporting the APA logo on their team uniform throughout the event and the players and coaches will all be involved to bring a unique behind- the-scenes look as the tournament progresses on a daily basis.

Not only is APA the Official Sponsor of Team USA, but they also bring the support of their nearly 250,000 members who will be rooting for their team to reclaim the Mosconi Cup for the first time in nine years.

“We’re very proud to sponsor Team USA once again this year.  We believe this is the year that Team USA once again hoists the Mosconi Cup in victory, and we look forward to bringing the excitement to our members as it unfolds in London,” said APA Marketing Director Jason Bowman.

Matchroom Multi Sport COO Emily Frazer added; “It is great news that the APA will again be backing Team USA at this year’s Mosconi Cup. The APA will be working closely with ourselves and Team USA before, during and after the Mosconi Cup to bring exclusive interviews and exciting behind the scenes content to APA players across America.

“This partnership is of huge benefit to both parties. Together APA and Team USA can promote pool to the sport’s biggest audience at the Mosconi Cup, while the American team will benefit from the support of thousands of players across the USA.”

Tickets for the Mosconi Cup are available from www.mosconicup.com

2018 partypoker MOSCONI CUP is also sponsored by Rasson Billiards who supplies the Official Table; the cloth is supplied by Iwan Simonis and the Official Balls are Super Aramith by Saluc. Predator is the Official Cue of the event and Ultimate Team Gear provide all Mosconi Cup apparel.

THE APA sanctions the world’s largest amateur pool league, with leagues throughout the United States, Canada and Japan.  Nearly 250,000 members compete in weekly 8-Ball and 9 Ball League play.  The APA is generally recognized as the Governing Body of Amateur Pool, having established the official rules, championships, formats and handicap systems for the sport of amateur billiards. The APA produces four major tournaments each year-the APA World Pool Championships, the APA Poolplayer Championships, the APA Junior Championships and the U.S. Amateur Championship-that, together, pay out nearly $2 Million in cash and prizes annually!

For more information on the APA, visit the official APA website at www.poolplayers.com