On Friday, thirty B+ players began round robin play in five groups.  The first and second place winners from each group advanced to the semi-finals along with the winner of the auction and the winner of the lottery.  From Group A, John Kim and Jennifer Shim advanced.  Jon Min Lee and Mark An emerged from Group B.  Ki Eok Han won Group C with Young Ha Choi in second.  Advancing from Group D were Jae Cheon and Woo Gon Kim.  Sang Bin Lee took first in Group E with Jim Watson in second.
The strength of the field was evident in Wallace’s fourth place finish in Group A, but he won the auction to advance to the semi-finals.  Jim Shovak, who finished third in Group B, won the lottery to round out the field of 12 semi-finalists, who were divided into 2 groups of six players.
In the semi-finals, John Kim continued his strong play, winning Group A with a 4-1 record and a grand average of 1.008.  Jim Shovak rebounded to take second with a 3-2 record and a .797 average.  Taking third was Woo Gon Kim.  Group B action saw Jong Min Lee emerge as the winner with a 4-1 record and a .776 grand average.  Wallace’s auction gambit paid off when he finished second with a 4-1 record and the highest grand average in the group, .893.  He faltered only in his game against Lee, losing 25 to 17.  Another local Korean player, Ki Eok Han, took third.
The final six players then played to determine first through sixth place.  Group A’s winner, John Kim, lost to Group B’s second place finisher, Wallace, 30 to 27 in 33 innings.  Group B’s winner, Jon Min Lee, defeated Group A’s runner up, Shovak, 30 to 23 in 38 innings.  Wallace then bested Jon Min lee for the trophy and the prize money.  Shovak finished third with a victory over John Kim, and Woo Gon Kim defeated Ki Eok Han for 5th place. 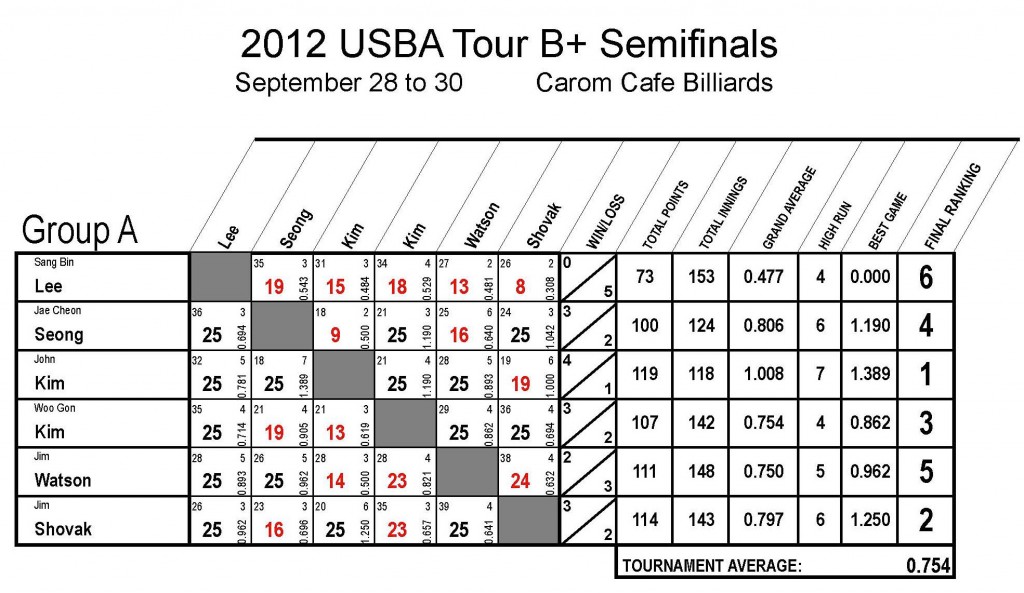 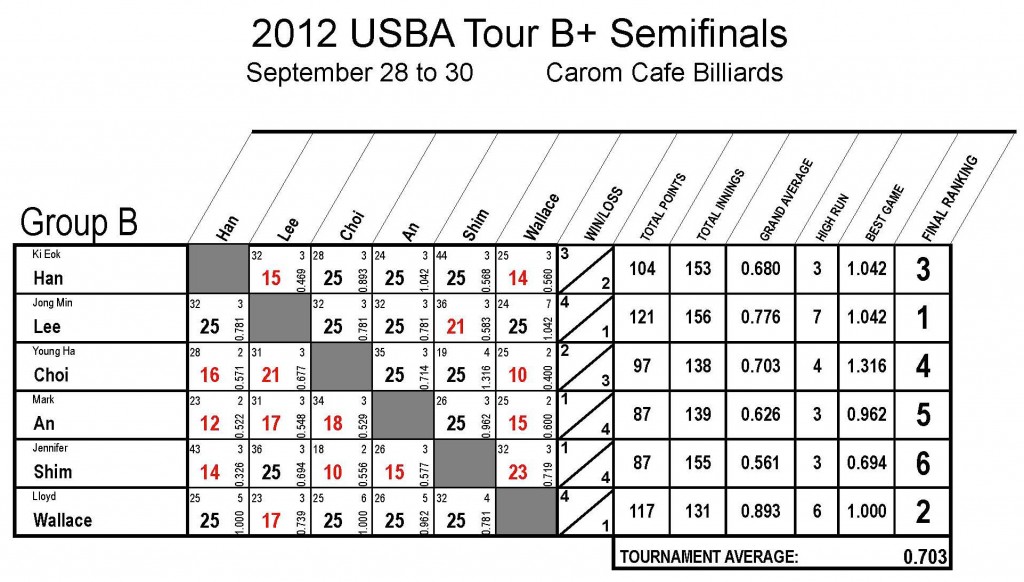 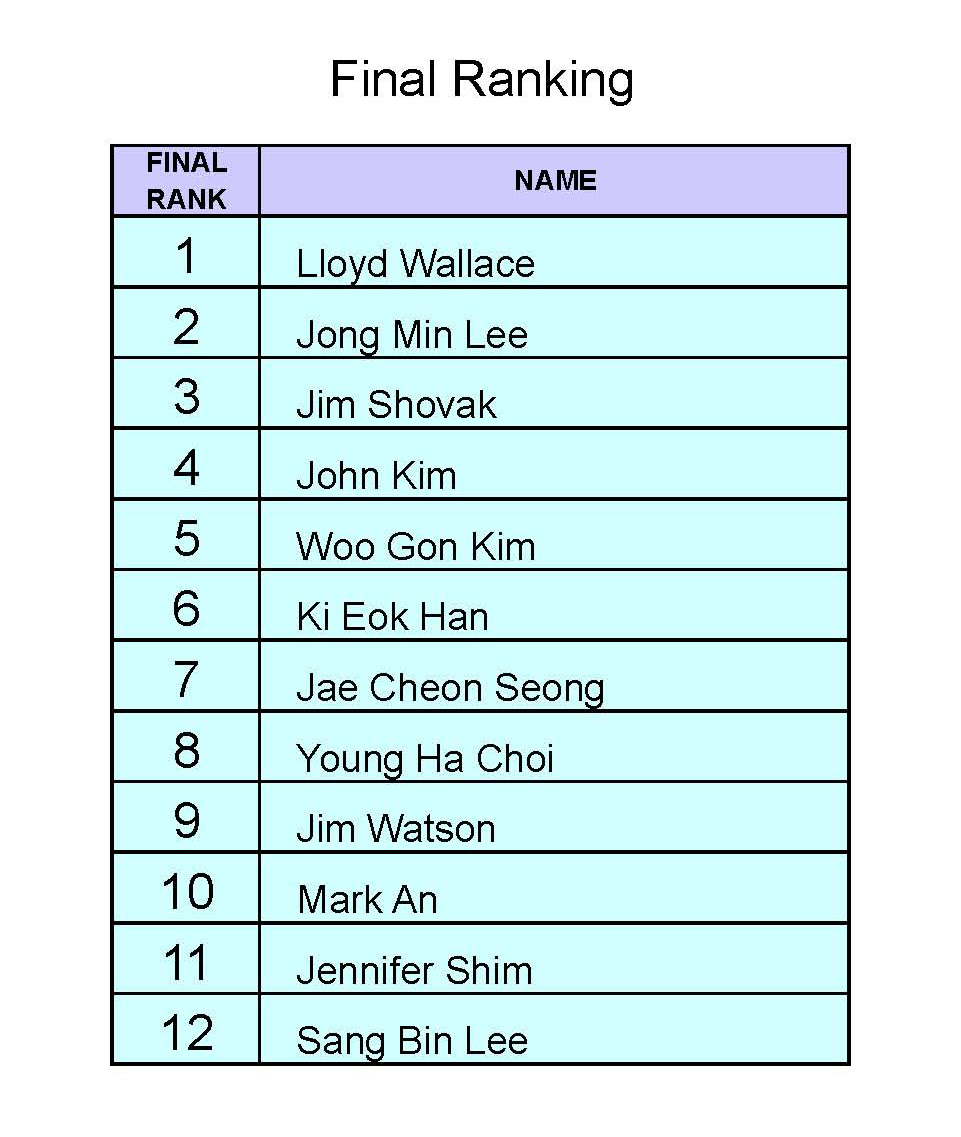 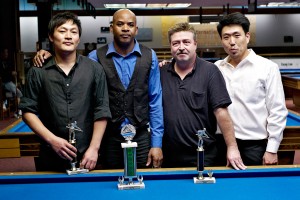 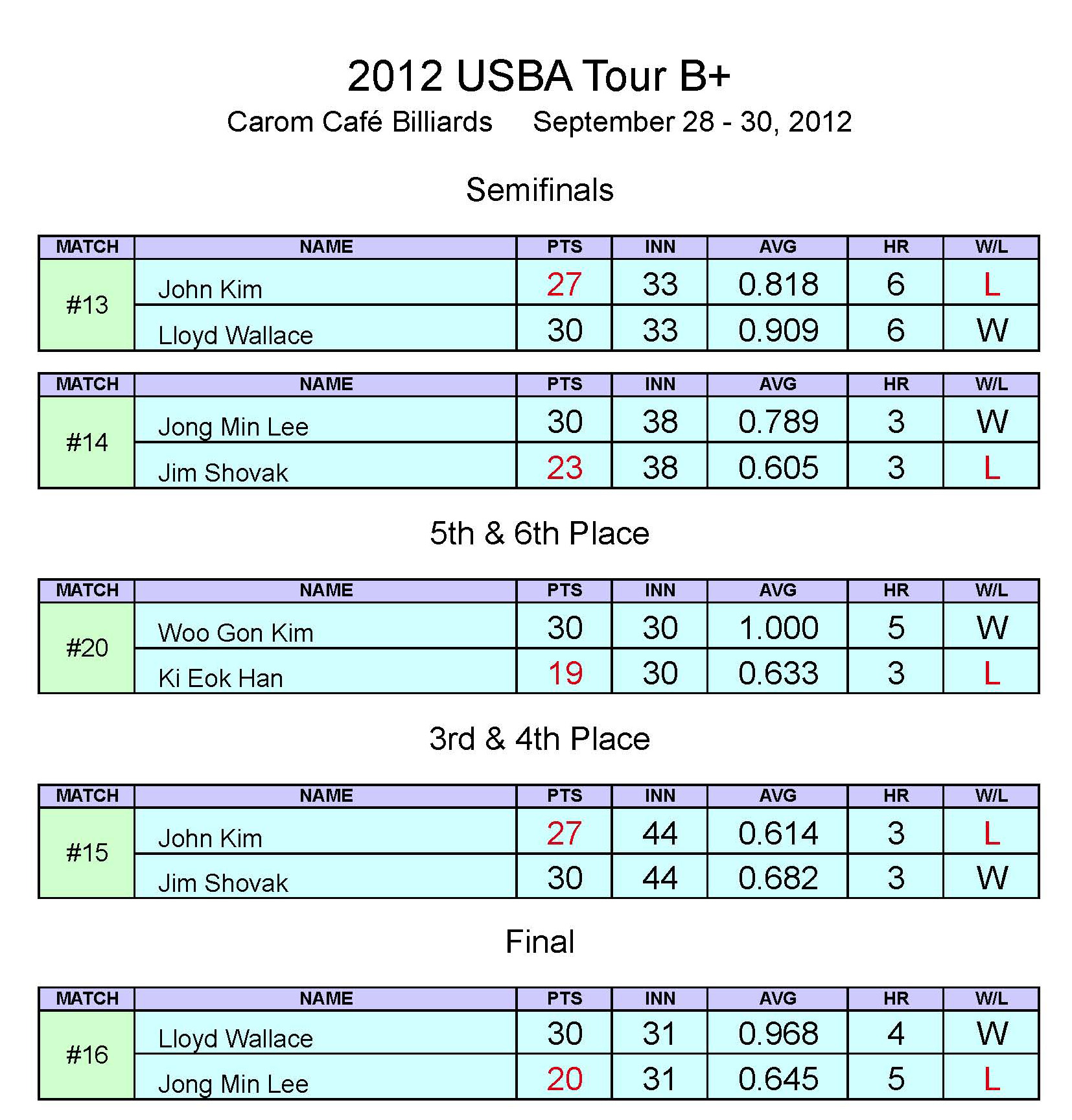