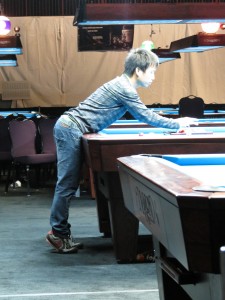 The Diamond Tunica 10-Ball Challenge started with 16 players and after one full round is down to 8. The Johnny Archer defeated Stevie Moore in a Hill-Hill match on the first night and on the second night fans were treated to another Hill-Hill match between Earl Strickland and Shane Van Boening with Earl taking the win. The following is the first round 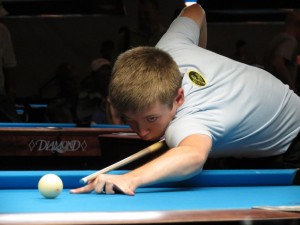 Tonight in Round two of the single elimination event the matchups are:

Today will be the finials of the One Pocket and the second day of the 9 ball computation as well as the first day of the Artistic Pool Championship.