The Laurel Highlands TAP spring Titleholder is history. 54 teams from three states showed up to battle it out for a portion of the $13,100 prize fund in Derry, Pa at the Cooperstown Vets.
After it was all said and done as teams competed in a round robin format and then to a single elimination board, the Star Inn from Ohio walked off with the top prize on Sunday evening. The final match was pitted a strong opponent from Johnstown, Pa., The Country Inn. In the hill-hill match with the Star Inn player, Wilie Sanchez needing just one game and the Country Inn player,  17 year old Jake Humphreys needing 2 and on the table, Jake left himself with a tough cut on the 8 to send the match to a final game. But it was not to be as Jake miscued and gave Willie a ball in hand and a easy run out for the championship. All of this can be seen on the U Stream link on poolpa.com
The 2nd bracket champion was the Slovak Trophy Hunters from Mt. Pleasant besting another Ohio team, Just Hold The Wings 3-0. The 2nd chance winner was Pigskins Tavern from Twin Rocks, Pa.
This was the first live stream broadcast ever of a TAP event and it was a instant hit. Over 35 hours was broadcast during the event. which was held from June 1 to the 3rd. One player even mentioned that a brother he has not seen in several years was watching him from Hawaii. The next Titleholder is scheduled for August 23-26 and again will again be broadcast on U Stream 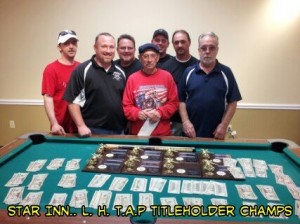 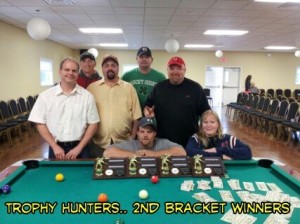 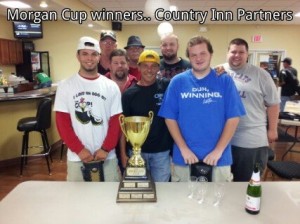