Only Two Men Left in Fujairah

The great eight had their shot at the spotlight in Fujairah and three of them made the most of the early going.  45 minutes into the round Ruslan Chinakhov led Jeff de Luna 5-1, Karl Boyes enjoyed the same lead over Vicenancio Tanio and Darren Appleton had a 4-1 gap over Joven Alba. Neils Feijen and Andreas Roschkowsky were being a bit more dramatic as Feijen led their match 3-2 at that point.

None of our leaders would ever falter. Ruslan Chinakov and Karl Boyes both won their matches by score lines of 10-5, Darren Appleton squeked past Joven Alba 10-8 and Niels Feijen gradually widened the gap between he and Roschkowsky until he sank the final ten ball at 10-6.

The semi-final rounds saw Ruslan Chinakhov facing Karl Boyes and Darren Appleton squared off aganst Niels Feijen. Early leads would again be the order of the day as Boyes jumped out to a 6-1 lead over Chinakhov and Feijen led 5-1 over Appleton. In a winner-breaks format such as this huge comebacks are possible but first you have to win and gain control of the table. Our leaders were not giving up that control. 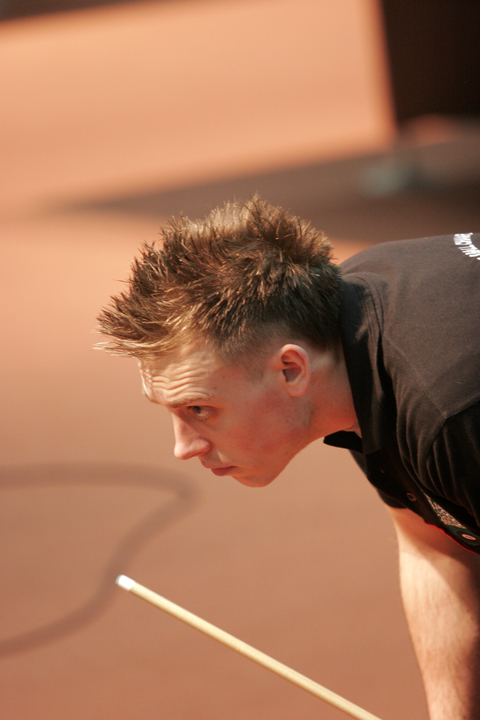 For Ruslan Chinakhov it was mostly an evening spent as a spectator. Karl Boyes broke and ran the balls time and again and wound up putting on a completely dominating display of 8-Ball and winning their match 10-2.  Boyes would be the first player to make it to finals on Saturday. 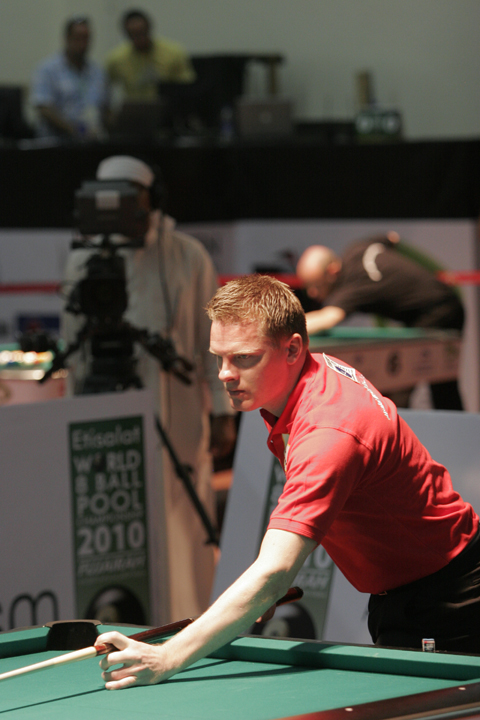 Niels Feijen dominated his match as well.  Darren Appleton did his best to make a match of it when, at 9-4, Feijen suffered a dry break. Appleton took that rack to draw within 4 games. He then broke and ran the next to  pull within three. But the next break left him in difficult position and his first shot failed him, leaving a grand opportunity for Feijen. He took that to the bank and ran the tablet to win the match 10-6 and grab the second chair in the finals.