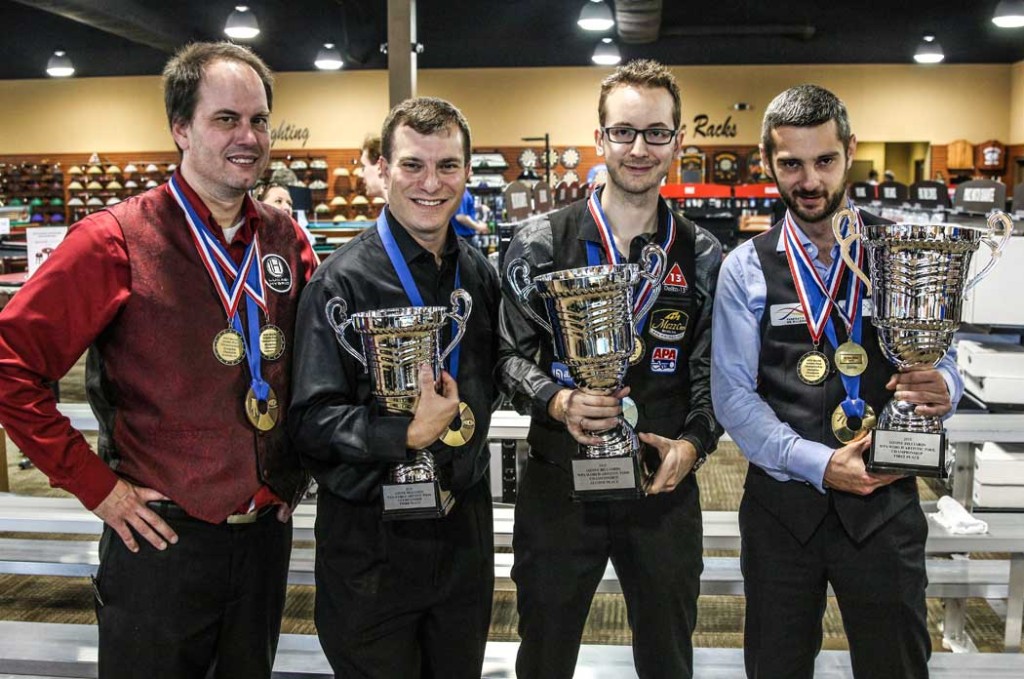 30 of the best Trick Shot Artists in the world met at Ozone Billiards in Kennesaw, GA to compete in the Ozone Billiards / WPA World Artistic Pool Championship. Players included American Andy Segal, Nick Nikolaidis from Canada defending his world title from 2014 and YouTube superstar Florian Kohler from France. The four day tournament began at noon on Thursday August 27 and ended in a nail biting finale on Sunday afternoon. Gabi Visoiu lead in points for most of the tournament. He also scored a perfect 40 on the stroke discipline round, but only after Florian Kohler did the same forcing them into a tie breaker. Gabi won the tie breaker to win the discipline but Florian remained just behind him in points all the way to the final round.

In the final round Gabi, Florian and Andy Segal faced off for the title. Gabi lead the pack for the entire round but missed all three attempts at the 10 degree difficulty shot which was the highest level difficulty in the masse category. To take the top spot and the world title Florian Kohler needed to make the shot within the first two tries. The third attempt would force another tie breaker. His first attempt could not have been any closer, just missing by a hair. The second and third attempts were also misses. Andy Segal had an opportunity to tie Gabi with a completion on the first attempt but in the end none of the three players completed the shot.

Ozone Billiards opened the event free to the public and filled the house on Saturday and Sunday. Ozone also produced a free live stream of the entire event on their website and YouTube page. Highlights from the event will be posted on their YouTube page over the next few weeks. Between the website and YouTube broadcasts Ozone says they are happy with the viewership and plan on streaming more events in the future.

Note: Actual amounts paid may be lower due to withholding for international players