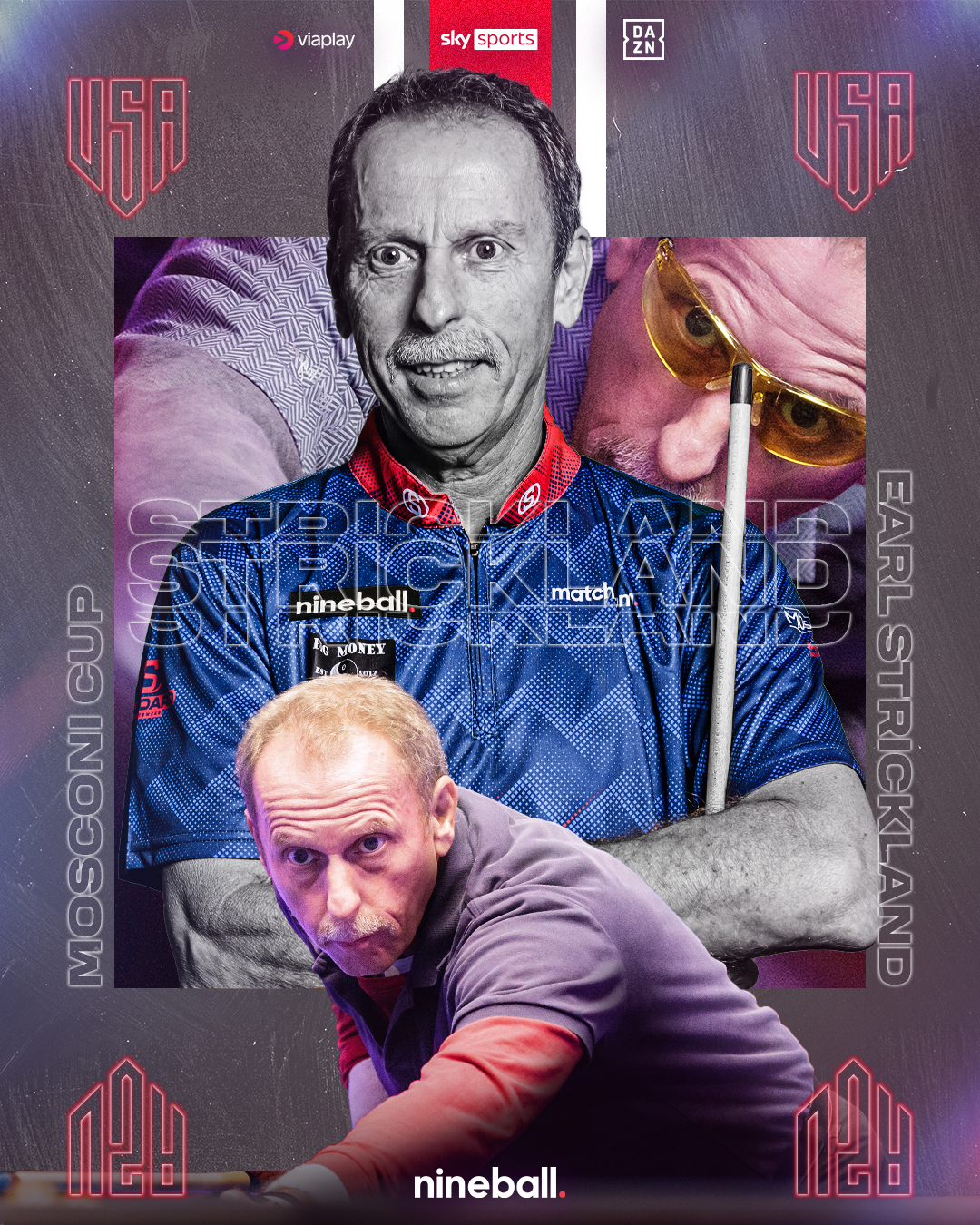 Earl Strickland is the final wild card pick for Team USA ahead of the 2022 Mosconi Cup getting underway at Bally’s Las Vegas from November 30 to December 3 live on Sky Sports as well as on DAZN in the USA, Canada, Spain, and Italy and on Viaplay in Scandinavia, the Baltics, and Poland.

Captain Jeremy Jones opted for Strickland to join his side of Shane Van Boening, Skyler Woodward, Oscar Dominguez, and Tyler Styer with the Pearl out for payback after being forced to withdraw from last year’s cup due to a positive COVID-19 contact trace. It was heartbreak for Strickland in London who has won the joint-most amount of Mosconi Cup titles with nine and will go on the hunt for a historic tenth as the USA look to take the crown for the first time since 2019.

There was an outpouring of support for Strickland last December after his withdrawal and he will look to create more huge moments once again having produced some of the biggest ever from battling with snooker legend Ronnie O’Sullivan in 1996 to claiming MVP in 2005 as the USA beat Europe 11-6.

Strickland admitted he didn’t think he would be picked again: “Last year was unbelievable but I knew it could happen (positive COVID-19 contact trace). The pandemic was impacting everyone. It was the nature of the situation. That said, I am glad to get this chance. Maybe, it will be my last time representing the USA and if it is my last chance, I will make the best of it and show what I have in my locker.”

“It’s hard to believe that I am back. I didn’t think this chance would come again at times. I also believed one day I could be back by playing my way onto the team through the Nineball World Rankings. I feel strong enough. I have played well recently. I am honoured at my age to get this opportunity to represent the USA, especially after this year. I know I am passed the veteran stage but my game is still holding up and I am breaking well,” added Strickland.

Strickland has recently recovered after testing positive for COVID-19 which saw him miss this year’s US Open: “I’ve just got over COVID and I still have some side-effects of that. It’s definitely impacted my game but by the time the Mosconi Cup rolls around, I will be okay. I haven’t been able to exercise as I did before that but I am starting to get back into it. In the last few days, I’ve started to run and do my press every day, usually between 500-1000 daily.”

Jones has backed Strickland to be a curveball for Team Europe: “Earl is a champion in many ways. He brings energy and a big upside to the team. He thinks fast, plays fast, and will be firing at the European team. I know how much this means to him. ”

Relive some of Strickland’s biggest Mosconi Cup moments on our YouTube right now.

Tickets are sold out but fans can expect to hear more news of extra tickets set to be released next week. Stay tuned to Matchroom Pool social media pages Facebook, Instagram, and Twitter for more news on release.

The 2022 Mosconi Cup will be live on Sky Sports in the UK and Ireland as well as on DAZN in the USA, Canada, Spain, and Italy and on Viaplay in Scandinavia, the Baltics, the Netherlands, and Poland. Further broadcasters will be announced in the coming weeks with live coverage also set to be live on Matchroom.Live for those without a broadcaster in their country.