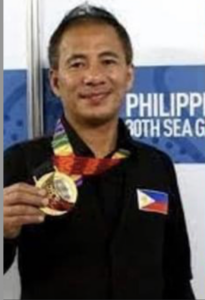 The Billiard Congress of America (BCA) Hall of Fame will welcome a world champion and one of the game’s most revered teachers to the Hall of Fame Class of 2022. The United States Billiard Media Association (USBMA) today announced that Filipino star Dennis Orcollo and legendaryinstructor Jerry Briesath have earned induction into the sport’s most prestigious club.Orcollo, 43, was the clear choice of voters in the Greatest Players category and will be the fourth player representing the Philippines to be inducted into the BCA Hall of Fame, joining Pinoy legends Efren Reyes, Francisco Bustamante and Jose Parica.Briesath, 85, was a unanimous selection in the Meritorious Service category. The longtime and legendary instructor is considered the father of formal billiard instruction in America, having helped develop and guide the program from concept to its current roster of more than 300 professional instructors across the globe.Orcollo and Briesath will formally be inducted into the Hall of Fame on Friday, Nov. 4, at the Norfolk Sheraton Waterside Hotel in Norfolk, Va., in conjunction with the 2022 International Open pool tournament.“Wow!” Orcollo said from his home in the Philippines, where he is awaiting a meeting with U.S. Immigration authorities to petition hisreturn to action in U.S. tournaments. “I never really thought I would be in the Hall of Fame. This is a great award.“I’m not Efren Reyes,” he laughed. “He is one of the greatest ever. I don’t think of myself that way, so I never really thought about it.” 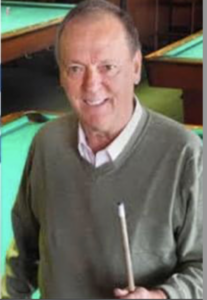 For Briesath, an active pro player in the 1960’s and ’70s, the award is validation of years of service to players and the sport.“This is just super,” Briesath said. “The Hall of Fame is about having the admiration of people in the sport and in the industry for what you’ve done.I’ve been to almost all of the Hall of Fame banquets and it was always wonderful to see great players and good people get recognized.”A longtime poolroom owner in Madison, Wis., Briesath helped launch the BCA Certified Instructor Program (now known as the Professional Billiard Instructors Association) in 1992 and the BCA Summer Youth Cue Camps in 1993. He was awarded the BCA President’s Award in 1997 for his ongoing efforts to improve how players learn to play. He later helped create the BCA “How to Play Pool Right” book and video.In addition to claiming the World Pool–Billiard Association (WPA) World 8–Ball Championship in2011, Orcollo (known in pool circles as “Robocop”) won the BCA Open 9–Ball Championship(2007), Qatar World Open (2008), World Pool Masters (2010), and the China Open (2012). Hehas been a dominant force at the annual Derby City Classic, winning the 9–Ball division twice(2011, 2017), the Banks division twice (2014, 2020), and the Master of the Table crown twice(2017, 2020). He holds major titles in 8–ball, 9–ball, straight pool, 10–ball, one–pocket and banks.Voting for the 2022 BCA Hall of Fame was conducted by the USBMA Hall of Fame Board, whichconsists of USBMA members, elected At–Large members and living members of the Hall ofFame. In his third year on the ballot, Orcollo was named on 34 submitted ballots (80%).Holland’s Niels Feijen was named on 25 ballots (60%), while American Corey Deuel was namedon 15 ballots (39%). Jeremy Jones, JoAnn Mason–Parker, John Schmidt, Vivian Villarreal andCharlie Williams completed the 2022 ballot. To be eligible for consideration in the GreatestPlayers category, a player (a) must be 40 years old by Jan. 1 of the year of their inclusion on theballot; (b) must have a professional playing career of at least 10 years; and (c) must haverecorded significant achievements in U.S.–based and international events recognized by theBCA.