Thirty billiard players gathered, with masks on face and cues in hand, to compete in the 2020 Carom CafÃ© Masters Tournament from December 3 to 6, 2020. Harry PeÃ±a, who survived Covid-19 earlier in the year, ended up on top, besting a field that included four USBA National Three-Cushion Champions, including the reigning crown holder.

The twelve players were then placed in two groups of six. Tae Kyu Lee found his championship form, winning Finals Group A with a 4-1 record. Sonny Cho finished second. Eventual champion PeÃ±a had a perfect 5-0 record in Finals Group B. San Jin Lee placed second. The first and second place winners from the finals group advanced to the four man knock-out round.

PeÃ±a continued his dominance in the semi-final round, crushing Sonny Cho by the score of 40 to 15. In the other semi-final Tae Kyu Lee outlasted Sang Jin Lee, 40 to 31. In the finals, PeÃ±a, the charismatic Colombian dazzled. He rushed to a 9-1 lead, playing fast and with confidence. He added a run of 10 and raced to the finish, doubling up Lee, 40 to 20, in 25 innings to capture the crown and the $2500 first-place prize. San Jin Lee took third, defeating Sonny Cho 40 to 17.

As a touching tribute before the start of play, Michael Kang, the owner of Carom CafÃ©, and the other players held a moment of silence for Jim Watson, who died suddenly in September. Watson, seen below in a picture from days gone by, was a local player of both pocket and carom games and is remembered by all as a gentleman and sportsman. 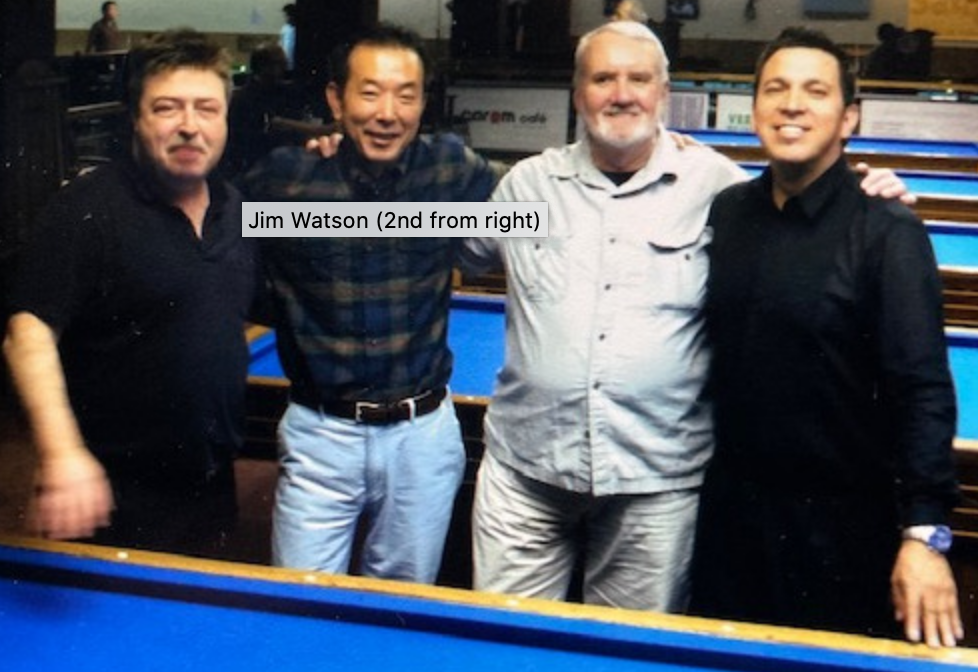 With his victory, Harry Pena’s 2020 ended on a happy note. Earlier in the year, he had to be evacuated from Carom CafÃ© via ambulance after he felt ill. He was later diagnosed with Covid-19. His play is proof of his full recovery, and the billiards world looks forward to post-Covid-19 tournaments in 2021. 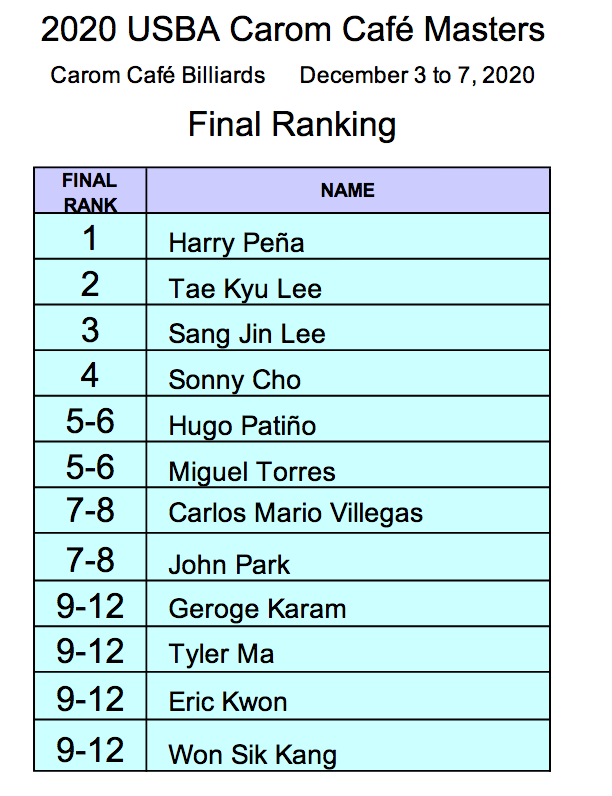 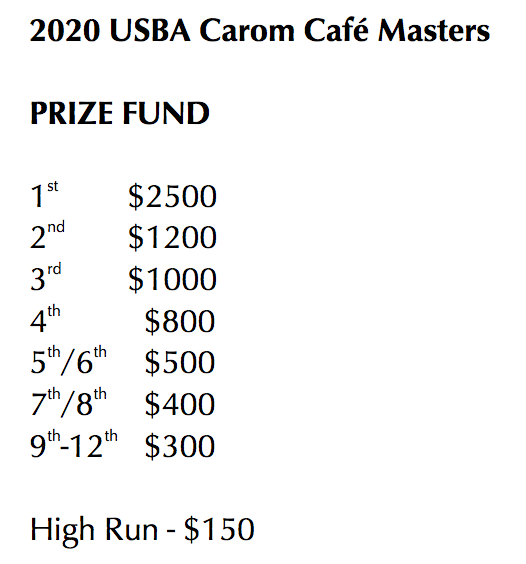