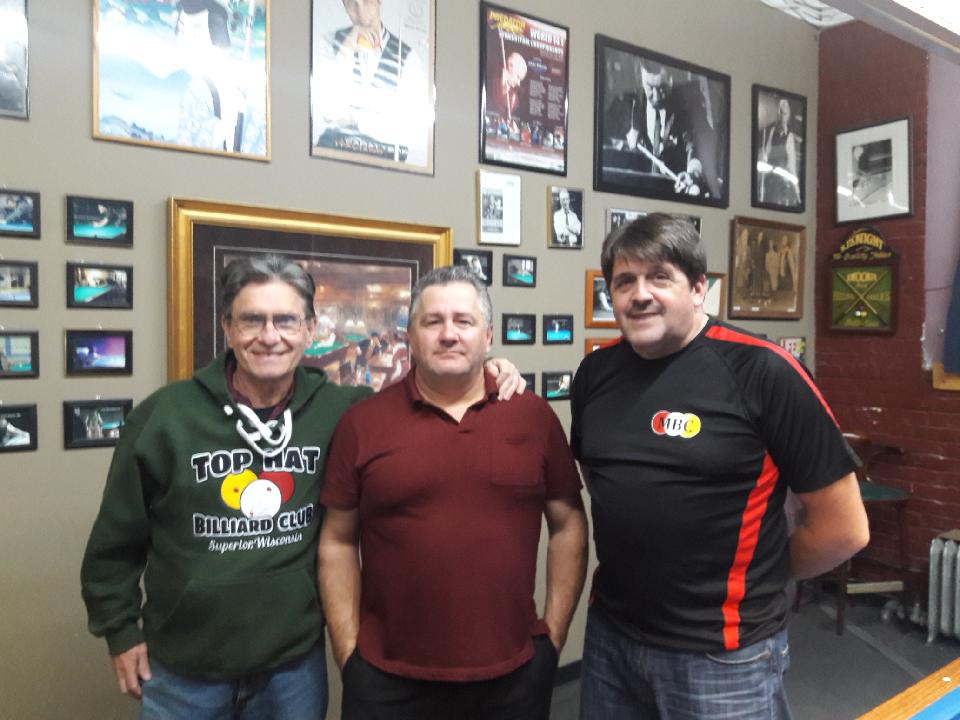 Brian Haff made his trip from Chicago worth while with going 9-0 in the fall classic at the Minneapolis Billiard Club.
Our 10 man round robin format along with our two Verhoven tables made for a weekend full of 3-cushion with many exciting
matches to keep us busy. At the players meeting tournament director Fred Lamers congratulated all the players for ” making the finals”,
with the only bracket in the tournament it usually creates a lot of drama in the later rounds and this one would be no exception. When most of the dust settled
the chart had Lamers and Haff both at 8-0 and their game (yet to be played ) would have no effect on 3rd place. The match for 1st started with very good play by both players
and neither getting more than a few points ahead of the other. In the end Brian made a beautiful bank shot to put it away winning 25-22 and winning the 13th annual Fall Classic.
The real battle was for 3rd. with three players
ending up at 5-4. It would be Mike Miller sweating out the last game between Gary Eake and Ernie Picklesimer that went 25-24 Ernie that put the smile on Millers face and the cash in his pocket.

A big Thanks to all the players that drove many hours to play in our event. Also thanks to Mickey Campbell and the USBA for their contributions to the tournament. 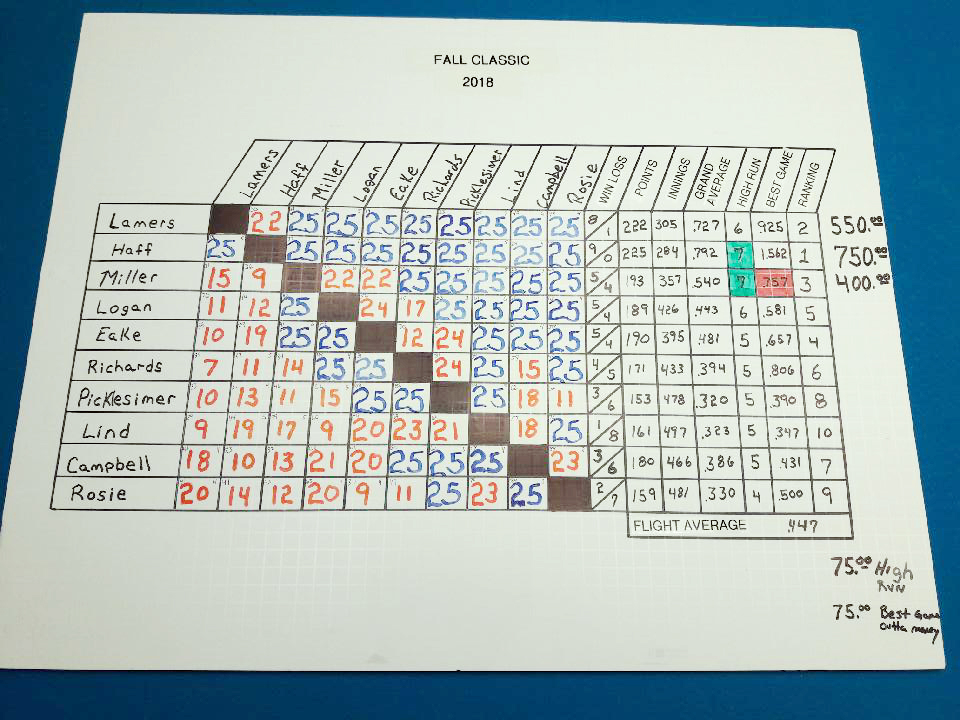