The 2016 team begins with reigning Junior National 9-Ball Champion and member of the 2015 US World Junior Team Christopher Robinson. Chris will be joined by his 2015 World Teammate Zachary Gurganus, long time Junior standouts Shane Wolford, Tyler Howell, Ryan Ponton, and Ricky Evans (who is also a veteran of the 2014 US World Team). 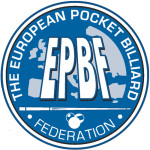 All of these juniors have experience on a big stage placing high, or winning, at national and international events.

The team of 10 players includes six boys and four girls. The official starting team of six players (four boys and two girls) will be announced on June 1st after the 10 players meet for an intensive spring training camp to prepare for the big event. This camp will once again be sponsored by Jeanette Lee and the Black Widow Foundation and will include her expertise along with that of Johnny Archer, Tom Rossman and other top professionals and instructors.

The selection process used a modified Mosconi Cup type system. The pool of 30 Team USA nominee’s earned points for their finishing position at national events held by each supporting organization in which they participated along with academic achievement.  The top points-earning nominees (12 boys and eight girls) advanced to become Team USA finalists. Extensive phone interviews were then conducted and the results reported to the Team USA Selection Committee.  The committee then considered the points earned, player bio, player history and results of the phone interviews.  After considering all this information, the committee then selected the 10 Team USA Members for the 2016 Atlantic Challenge Cup. “Having such a diverse pool of juniors,” said Committee Chair Rick Doner, “has once again provided Team USA with strong, knowledgeable and experienced players to represent our country as Ambassadors of our sport.”

“The Billiard Congress of America and BEF is thrilled with this year’s team and gives great thanks to each of the members of the selection committee, particularly Team USA Committee Chair Rick Doner for his countless hours of hard work and dedication to ensuring the best possible team is selected,” said Billiard Congress of America CEO Rob Johnson. “We are already counting the days until the 2016 Atlantic Challenge Cup.”