Klenti Has Plenty To Celebrate

(New York City)-Playing with an almost surreal poise and skill that belies his obvious youth, 18 year old Albanian Klenti Kaci captured the Aramith Masters Championship on Saturday in New York City with a two sets to nil win over the Philippines Carlo Biado, and at the same time laid claim to being the most promising young rising star in pool’s professional ranks. 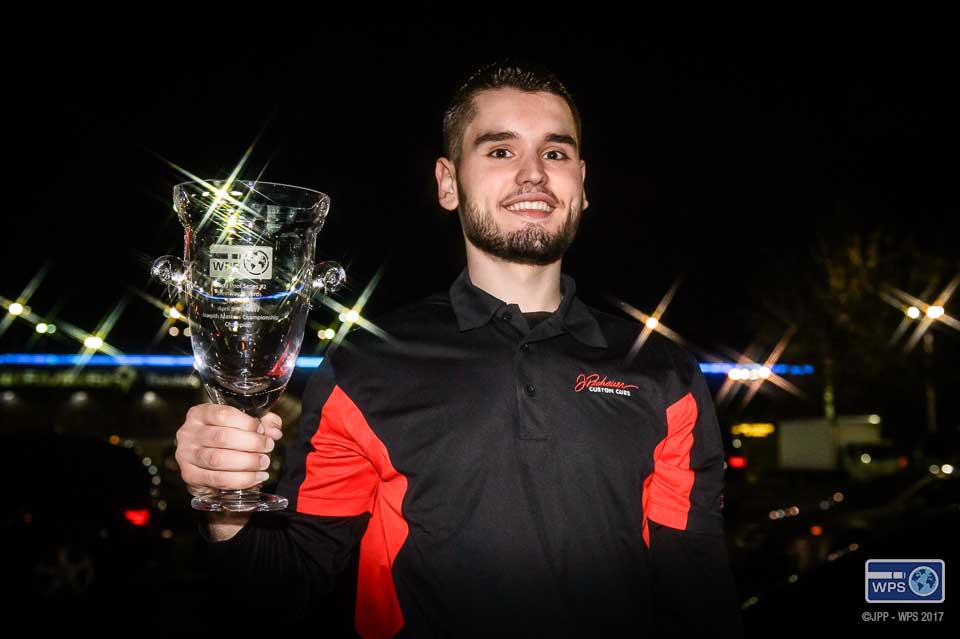 The tall and good looking Albanian, who this week was on his third pool playing trip to the United States in the last 8 months, and who regularly plays on the Euro Tour, captured the $12,000 first prize in this the second event of Darren Appleton’s new 8-ball tour, the World Pool Series.

But much more than the money and even the title, Kaci showcased the kind of uncanny skill and psychological maturity reserved for players with years more experience. His ability to keep total control of the cue ball, keep the game simple, suck up the intense pressure as if it simply didn’t exist, and hone in on the finish line like a fine tuned laser was simply breathtaking. This young man, who is still in high school back in his native Albania, has the goods and then some.

Those that know Kaci from his recent forays on the Euro Tour and his few stints in the States all knew he was a talented player.  But of course nobody figured that the 18 year old was ready to win a tournament that was loaded with some of the world’s best pool talent and seen by several million people on Facebook Live through social media giant Unilad. The calm and collected Kaci, though, clearly had other ideas. 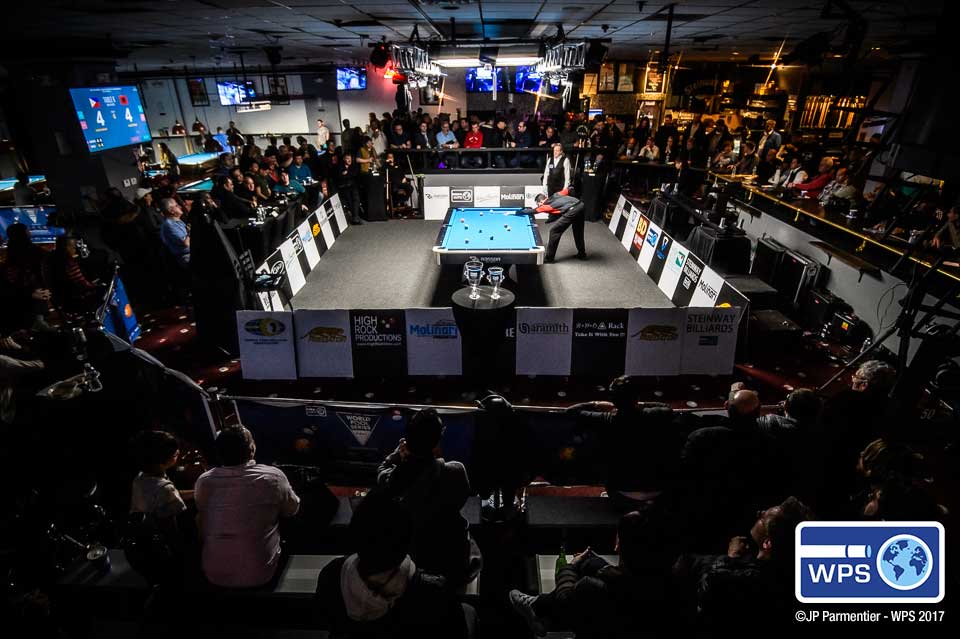 The young Albanian started the day a heavy underdog in his semi-final match with the man nearly everyone considers the best player on the planet right now, Jayson Shaw.  The Scotsman, however, was the one who played with his back against the wall, while Kaci was in total control throughout and never got rattled.  While Shaw struggled to get comfortable, Kaci kept cool and won the first set, 6-4. Shaw was more competitive in the second set and the pair played a one rack decider. But the Albanian showed more bottle and persevered to win the second, 7-6, to advance to a suprise final.

There he met up with the Philippines Carlo Biado, who had played solid in his semi-final match against England’s Darren Appleton, the man who founded the World Pool Series. The 35 year old Filipino was the steadier of the two, winning the first set 6-3, then the second set 7-5 to advance to the final with a 2 sets to nil victory.

Biado has been one of the world’s top players for the last four years and has come tantalizingly close to big victories including several world titles but never cashed in. During the interview prior to the start of the match Biado seemed intent on righting that wrong in his resume. In the first set, however, Kaci proved to be the more resilient as he raced out to a 4-1 lead in the first set and held off the Filipino at every turn. The Albanian stayed steady and focused, and never trailed capturing set one, 6-4.

Kaci kept up his solid and focused play in the second set. He hardly made mistakes, and kept amazing control of the cue ball in taking a 3-2 lead. Biado caught him and took his first lead of the match at 4-3, but Kaci never waivered and soon was back up at 5-4. Biado had more fire in this set and tied it again. But the Albanian pounced on several errors by the Filipino, kept his game simple and precise, shrugged off any pressure as if it was a mere nuisance, and took the last three racks for an emphatic 7-5 set win, and an unlikely title.

Cheered heartily by the packed crowd at Steinway Billiards in Queens, Kaci, who has been playing pool since he was 8 years old, clearly reveled in his amazing feat. But in similar fashion to the way he played throughout the week, he had a calmness and surety that seemed to say  that he knew he was destined for this very success for many years.

“The first set I played really good, I didn’t make any mistake,” Kaci said. “The second set I made a couple of mistakes but in the end I won, so that’s OK. I feel really good about myself. I just won the biggest tournament of my life and I beat the top players in the world and I’m very happy about that. 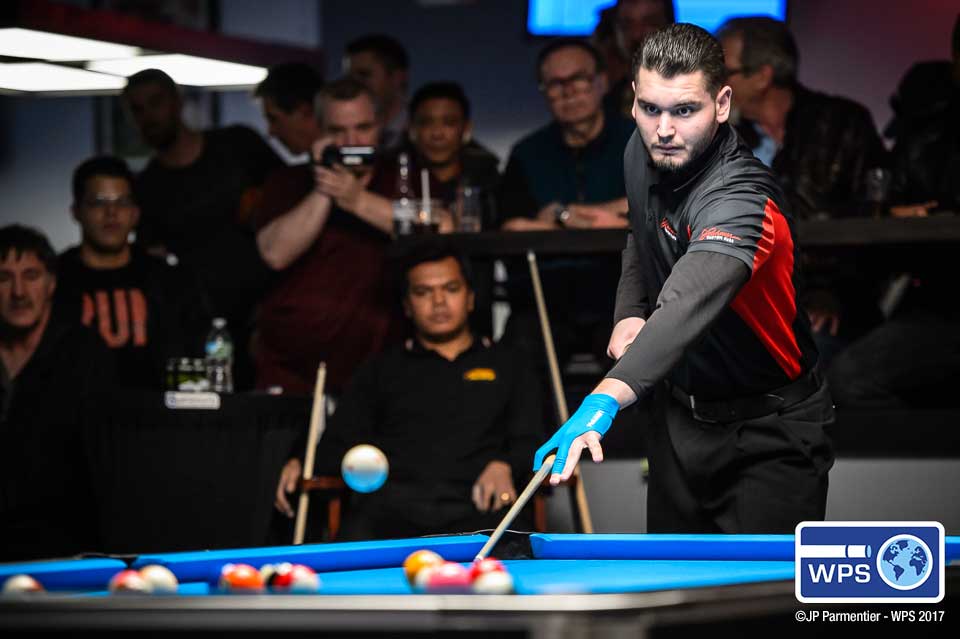 “When I was young, 11 and 12 years old, I watched all the great players on Youtube and wanted to be like them. I really admired Wu Chia Ching when he won the world championship when he was just 16 years old. He’s a legend.  I always wanted to be like him. I know this isn’t a world championship, but it feels like it right now. All the toughest players were here. So I’m very happy about that. I always dreamed about winning something big, but so soon like this? I’m very surprised myself.