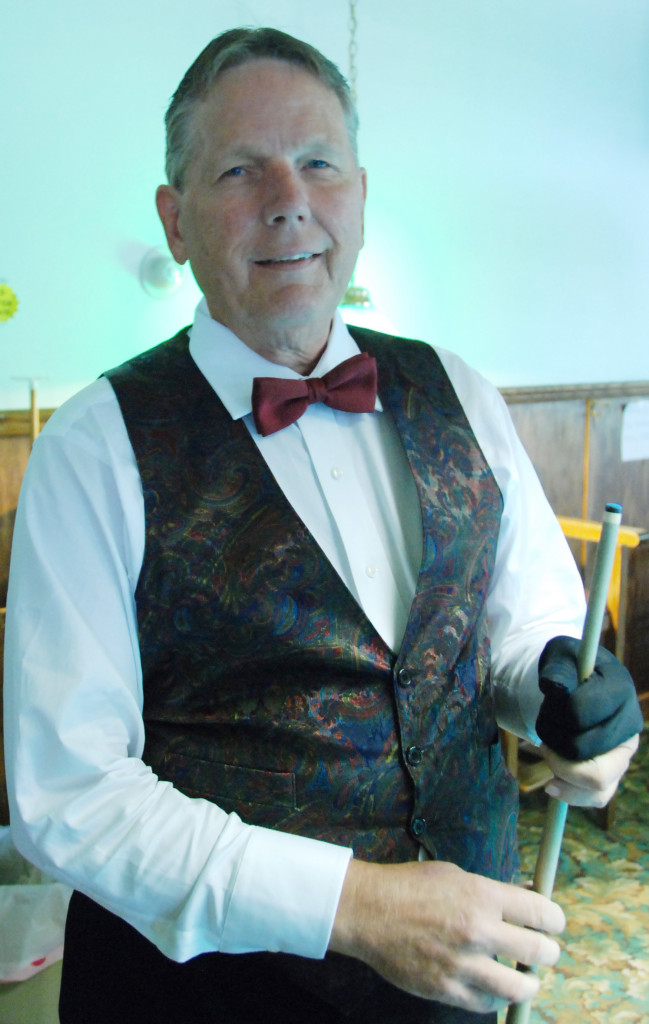 The first time I met George Theobald and his goofy grin was I think at the USBA Nationals at Chris’s in the mid 1990’s and the last time was at the just concluded Verhoeven Open in NYC.  In the years between practically every billiard tournament I attended Georgie Porgie, as I called him, was also there supporting the game that he loved so dearly and playing his heart out.  He was not a great player but his knowledge and love of the game transcended that.  Many times, as I passed through Chicago, he put me up for a night of billiards and the libations of our choice, as he did with many others, whether champions or just schmucks like me.  I loved listening to his stories of Lennie Bruce and all the other outlaws he had associated with over the years during the course of many meals we ate together and the many good times we had together.

He had a brilliant mind and could and would discourse on any subject you cared to bring up.  In many areas we disagreed philosophically but even so, worked together over the years attempting to support and promote billiards in this country, a task we agreed was almost impossible, but he soldiered on despite all. Many times we talked philosophy over the phone for hours at a time trying to solve the problems of the world and failed miserably to come to terms.  He was a dear sweet man, an outlaw; I will miss him and his goofy grin as I know many, many others out there will do also.  Knowing I will never see him again saddens me, but I will never forget him and his kindness and love of the game.  The world will be a little lesser place without him on the planet.