Sid Banner who passed away recently at the age of 89 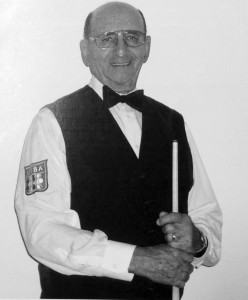 It is with deep regret that I inform everybody of the passing of Sid Banner who passed away recently at the age of 89. Sid was involved for many years with the USBA as a Director on the Board. He was also the author of a book on billiards and systems called “3 Cushion Billiard Systems: Billiard Secrets from a Professional Amateur”. Known as “System Sid” to many billiard players, Sid was always a threat on the billiard table. I know, for he beat me many times in tournaments.

In 1988 Sid opened up a twenty-one table room with four 3-Cushion tables in Boca Raton, Florida. Many major national and international 3-Cushion tournaments took place at Boca Billiards. Many top players from all over the world competed every year until Boca Billiards was sold in 1996.